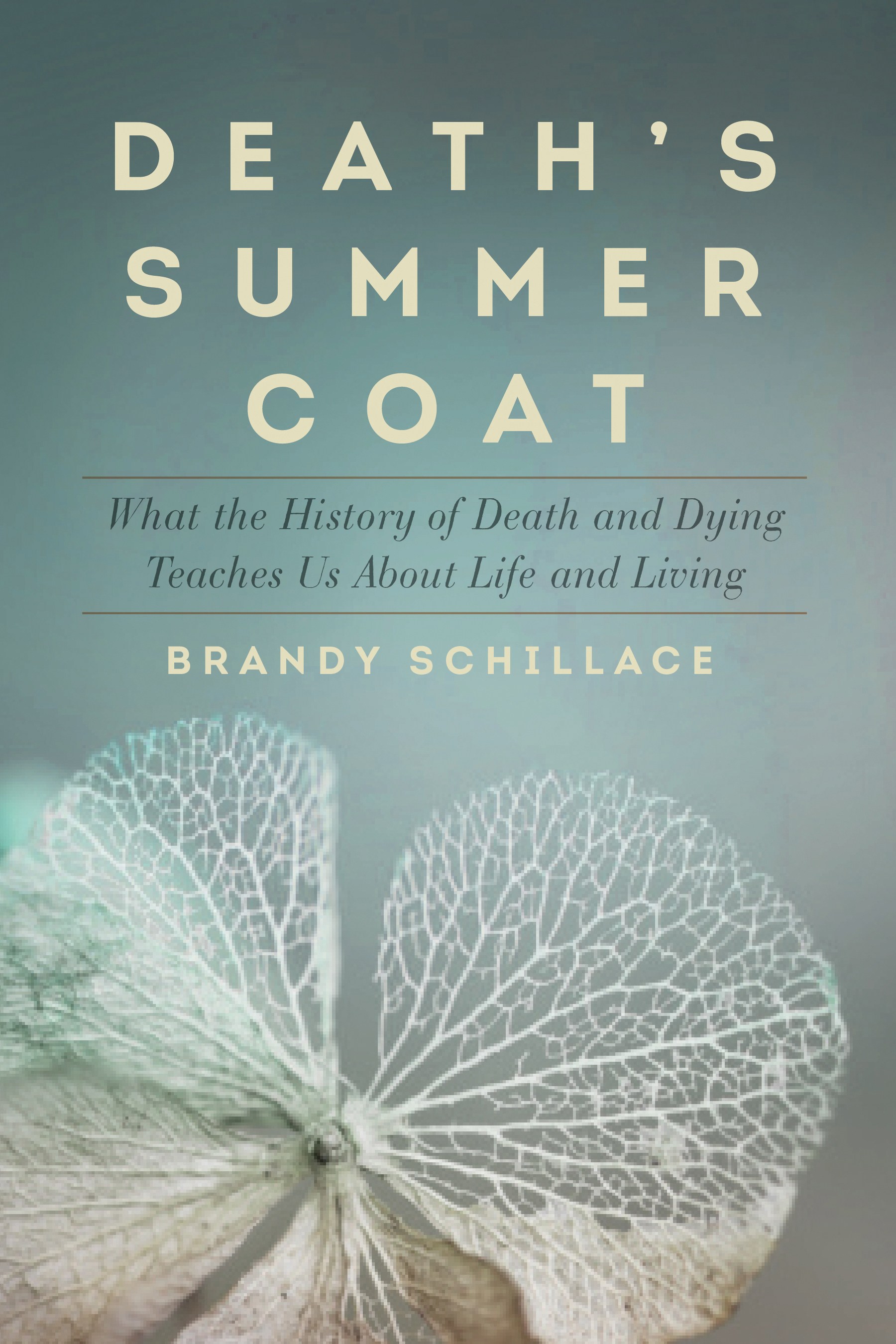 You’ve done all the work so your survivors won’t have to. You’ve picked out songs, services, and a place for your gravestone or a scatter-point for your ashes. It’s all done. You know where you’ll go. But you might want to read Death’s Summer Coat by Brandy Schillace first, so you also know where we’ve already been.

At just 17 years of age, Brandy Schillace lost her beloved grandfather. On the way to the funeral, she learned that the service wasn’t going to be like anything she’d ever known before: mourners, first of all, sat up with the body all night long. Schillace says she was “Shocked… but the idea was strangely enticing, even fascinating,” and it led her to think about other traditions of death.

Dying is something we do a little every day; it’s “the most challenging and daunting experience of life.” Still, we often treat the subject as taboo and avoid it, but our ancestors didn’t have that chance. They had to deal with death, and accept it.

In the nineteenth century, for instance, grieving in the U.S. was a process, complete with a sort of uniform. It was common to have photos taken with a body, as though the person was merely sleeping, and memorial jewelry was an appropriate Christmas gift. The timeline for grieving could take two years–contrasted with our modern approach, which the DSM indicates should be two months.

In Cambodia, following the Pol Pot regime, a new ritual was created to specifically deal with death by genocide. Tibetan Buddhists consider the body as nothing but a vessel that, upon death, is “made to serve a new purpose” of feeding vultures. Brazilian Wari practice necrophagy, Mexicans celebrate the Day of the Dead and the Merina of Madagascar wrap their dead in new duds and dance with them in the streets.

Getting back to us, a lot changed when funeral parlors came to be, and when science and medicine took over the disposal of bodies. Our acceptance of dying waned then, as did our comfortableness with the inevitable (as of now) process. Today, says Schillace,

We all have to die someday–or do we? Twenty-first-century medicine says maybe not, and the advances it’s reaching for, and the reasons why–perhaps, scientists shouldn’t reach too hard–are in “Death’s Summer Coat.”

But before we get that far, author Brandy Schillace examines the long road we’ve taken with death perceptions, and it’s a graciously wondrous look done tastefully despite the sometimes-squirmy subject matter. Her fascination with this topic, which she’s held since her teens, is enhanced by the many small historical details she offers; readers who are likewise curious about funeral traditions will appreciate what they’ll learn.

If you’ve ever thought about the nature of grief, the possibility of immortality, and the history of dying, Death’s Summer Coat will give you plenty to ponder. We all have to go sometimes, so go… and get this book.