Long Island’s Equestrian Lifestyle transcends our early days of agriculture and ranching to modern times in which our region is recognized as a leader in virtually every horse-based activity. Despite dwindling open space and rising expenses, the love for this unique creature ensures its presence among us. Within the various communities—show jumping, polo and casual trail rides and therapy-driven farms—horse people connect with the mystical creatures and share the joy of working with the animals.

For breeder and trainer Bob Bonaimo, that love began about 50 years ago on his 14th birthday when he spent all of his gift money on a horseback ride at the local stables. Growing up in Bergen Beach, Brooklyn, Bonaimo developed his affinity for equestrian activities until he was able to buy his own steed at 17. Today he owns Athlete Acres, a five-acre farm in Hauppauge that houses stables, an indoor arena and a quarter mile track. He has 10 horses, many of which he raised from birth.

“It’s a hobby run amok,” Bonaimo laughed. He’s bred mares, raised foals, bought and sold equines, broken and trained them, ridden and shown them. They’ve been his sole focus for decades. “It’s the thrill of being on a big, powerful animal. When you take a thousand-pound animal and they’re so responsive because they’re so well trained, it’s a really good feeling.” But he admitted it’s an expensive commitment.

Nancy Buzzetta, a rider who trains and shows the animals, agreed that enlisting in the equestrian life is a significant undertaking. “It’s definitely time consuming,” she said. “Horses require a lot of care and, depending on what you do with them, some are high maintenance.” Buzzetta operates Competition Equestrian LLC, a show barn in Middle Island from which she sells competition-winning horses and ponies. She and her two teenage daughters, 13 and 15, ride, train and show their eight equines year-round. They also enter them in a variety of competitions, both locally and nationally, which requires an intensive level of effort. 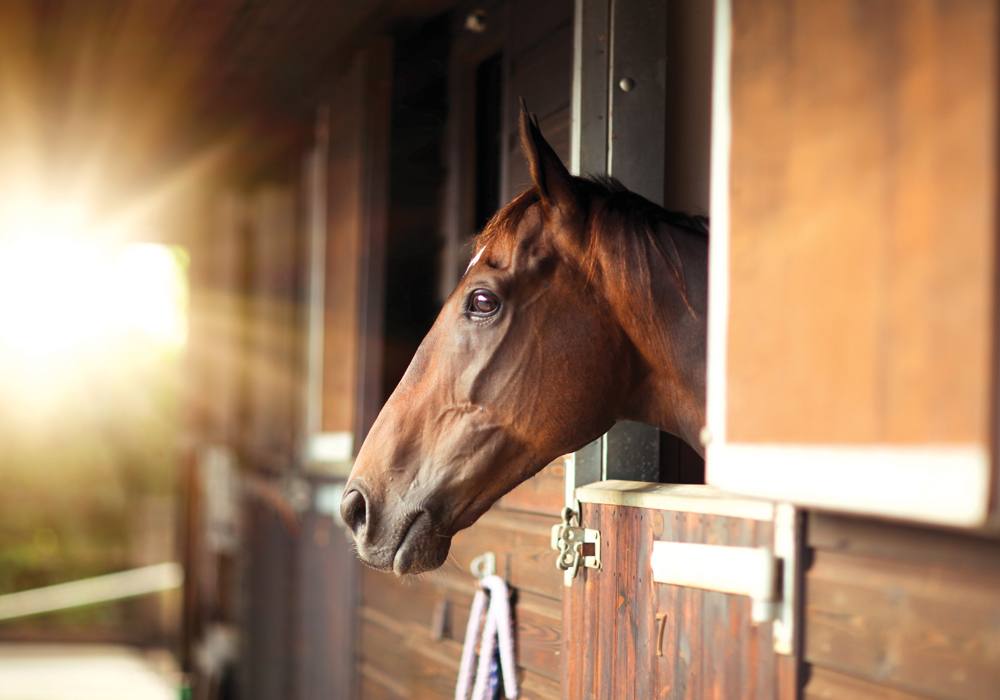 “They’re like human athletes,” Buzzetta said, referring to the constant training and attention required—to safely compete and avoid injury, they must be exercised regularly, groomed, fed and trained. She and her daughters ride them three to five times a week to work on their gaits and responsiveness, and have them practice jumps twice a week. But horses also need time to rest and expend energy on their own. “They need outdoor time, time to be out in the pasture when no one is riding them,” Buzzetta said.

Allowing the animals to ease into training makes for more successful performance, according to Bonaimo. “You can’t push or pressure them. I always let the horse tell me where we’re at.” He’s been training them for so long that he can barely verbalize the clues he reads to sense how they’re feeling.

The slightest nudge of a head or flicker of a tail can speak volumes to Bonaimo, who has developed all sorts of tricks for handling equines. “[They] can freeze up on you, so you give them the benefit of the doubt. It’s more about showing them what to do than making them do it.”

“A horse’s mind has to be refreshed,” said Bob Ceparano, owner of the Country Farms Equestrian Center in Medford, which has 50 equines, including boarders, lesson horses and polo ponies. He also stressed the importance for riders to take their time and have a solid understanding of what they’re doing.

For Ceparano, consistency and safety are critical. It’s all about education at Country Farms, which offers lessons from beginner to advanced, provides training with a qualified staff, holds shows and camps for youth and collaborates with the Hofstra University and Suffolk Community College teams. It’s also one of the only equestrian schools on Long Island to offer year-round polo. “Riding facilities that have survived [the economic downturn] have to be diversified,” Ceparano said. “You truly have to be a well-rounded horseman to survive.” 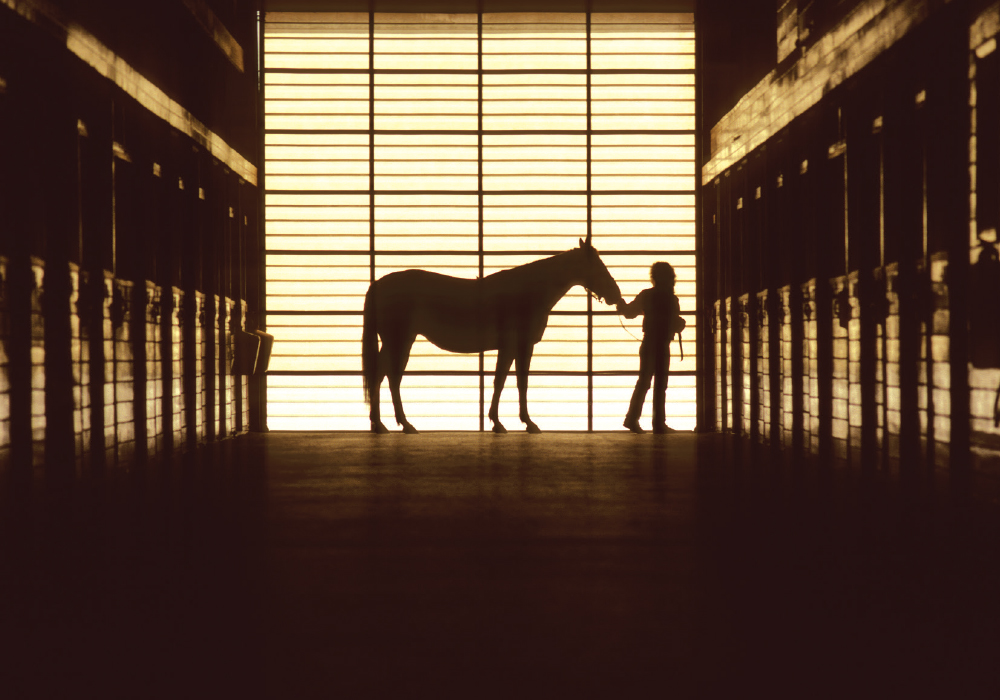 Denise Speizio, president of the Nassau-Suffolk Horsemen’s Association, agreed that it’s not something people can do casually. “If you’re hiking and it’s raining and you don’t want to go out, you don’t have to. A bike you can hang up in the winter if you want to. But horses—it’s a dedicated venture. It’s twenty-four-seven,” she said. “You’re out there feeding them at least twice a day…and having to clean up. And you can’t just tell them, ‘Well, it’s winter and it’s snowing, so stand here and wait till spring.’ It takes a very dedicated, hard-working person to be involved with horses the correct way.”

Speizio has spent the last 20 years advocating for more education about the equine community on Long Island: how they affect the local environment, the therapeutic effects they offer and the financial and communal benefits of equestrian sports. Their presence alone accounts for preservation of greater portions of land that might otherwise be used for building or development, she said. And therapeutic riding programs for children and adults with developmental disabilities, as well as for veterans and prison inmates, have proven successful. “They are confidence builders. The relationship you have with a horse is a working relationship. You’re a team, you’re working together, you rely on each other, you want to progress.”

For Speizio personally, horses were the key to healing from an epileptic disorder that left residual mobility and equilibrium issues. “They’re nurturing,” she said, “and working with them builds character. It changed my life.”

The Nassau-Suffolk Horsemen’s Association has estimated there to be about 38,000 horses across both counties, which is a substantial number for a well-developed suburban region. The increased advocacy and wider spread of information Speizio has helped push is making an impact. There was an abundance of misinformation about the effects of manure and trotting on soil and the amount of noise associated with upholding the animals, which led people to oppose their presence in some areas. But Speizio’s organization worked to dispel myths and it helped. Throughout the last two years, she’s seen a shift in attitudes toward equine activities that is increasingly more positive.

But no matter who in the equestrian community you talk to, the message is clear: whether it’s running a large, active facility or keeping horses in a backyard for personal use, the hobby comes with tremendous gratification but also obligations that can’t be taken lightly. Bonaimo expects owners to maintain realistic expectations and unfailing dedication. “If you don’t have patience, take up another hobby,” he suggested.