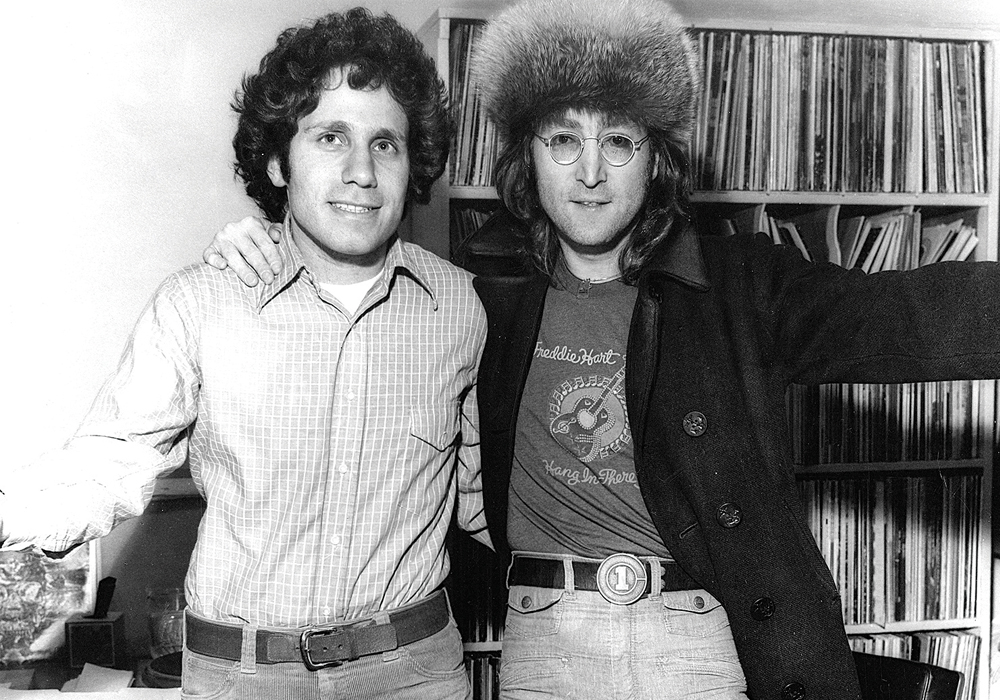 Celebrated New York area DJ Dennis Elsas has been an iconic voice on metro area radio waves for nearly three decades. At WNEW-FM, he interviewed the likes of Mick Jagger and Paul McCartney, helping that station emerge as a premiere rock outpost. Since 2000 he has been hosting weekly afternoons on WFUV-FM and can also be heard on Classic Vinyl on Sirius XM every Saturday and Sunday night. Pulse caught up with the legendary radioman to talk about his storied on-air history and what to expect from his upcoming multimedia show Rock ‘n’ Roll Never Forgets.

Long Island Pulse: How did the multimedia show come about?
Dennis Elsas: The idea grew out of an invite by the Rye Arts Center in 2010 to speak at a rock photography exhibit. The challenge was to take what were primarily audio recordings of my interviews and create a visual component that would enhance them. With one of the directors at the Rye Center we built An Evening with Dennis Elsas renamed Rock ‘N’ Roll Never Forgets. It resonated with me as the perfect expression of my passion for the music and radio I had grown up with and how I felt sharing all of that with my listeners.

Pulse: Are there any other artists you would have liked to have interviewed?
Elsas: It would have been very special to interview George Harrison and know that I had spoken with all four Beatles. Certainly [Bob] Dylan and even Martin Scorsese. I mention [Scorsese] because I worked as a consultant on the new HBO series Vinyl and spoke with him about his long and pioneering history in using rock as part of his films.

Pulse: 2016 will mark the 50th anniversary of progressive FM radio. What do you see as the future of this media?
Elsas: I don’t see too much going on in the traditional commercial formats. However public radio, satellite and streaming have opened up a whole new way for me to continue the tradition of the radio I love best while keeping up with the changes that keep coming. I’m still a strong believer in presenting the best mix of old and new with just enough commentary to give it your own perspective.