This time of year, parents of high school seniors are watching their children take their first steps into adulthood. But for the 1 in 68 American children diagnosed on the autism spectrum, life after high school holds little opportunity. Schools are required to offer services for autistic students, but the real gap, the place where the support system disappears, is when these young people age out of the education system. Their adult lives lay ahead of them, but they lack even the most practical job skills.

Stacey Wohl started Our Coffee with a Cause, a wholesale coffee business, in part because her two children, Brittney and Logan, both have autism. Brittney, 18, can say two words. Logan, 16, has ten. “There was nothing for them to look forward to after they graduate,” said Wohl. “My kids aren’t going to college and getting married and driving a car. The unemployment rate for people like my kids is over 90 percent.”

As she watched her friends’ children grow up, go to prom and go away for college, Wohl tried to be happy for them even though there was a part of her that was devastated. “I wanted to turn it around and make something positive out of it. I wanted to be a role model, as a single parent creating this business.” Recently, the company expanded to include a brick-and-mortar location in Fort Salonga where the team plans to sell coffee and snacks as well as offer job training for autistic individuals. Cause Café is set to open at 1014 Fort Salonga Rd this month in honor of Autism Awareness Month.

On a typical day, Stacey might get the coffee ready and prepare the invoices while Logan helps load the boxes and go to the post office. Brittney, who had been on a lot of medication and needed to be physically restrained in the past, learned how to work at a trade show. She dressed up in high heels and walked around with an iPad to communicate. “She loves interacting with people,” said Wohl. “They can’t just sit home every day. I know people who have nothing to do, who sit on a couch all day beading a piece of rope. But there is ability in disability. They are employable and capable.”

Wohl is not alone. Others have started businesses on Long Island that train and employ autistic individuals. Luv Michael is a granola company that uses local and organic ingredients in its recipes and currently employs three people on the autism spectrum. It all started when Michael Kessaris, an autistic child of two physicians, showed he had a passion for cooking. He worked with his behavioral analyst, Jason Lantier, on different skills. “We realized that if we broke activities down into small steps. Michael could learn any of these job skills,” Lantier said. 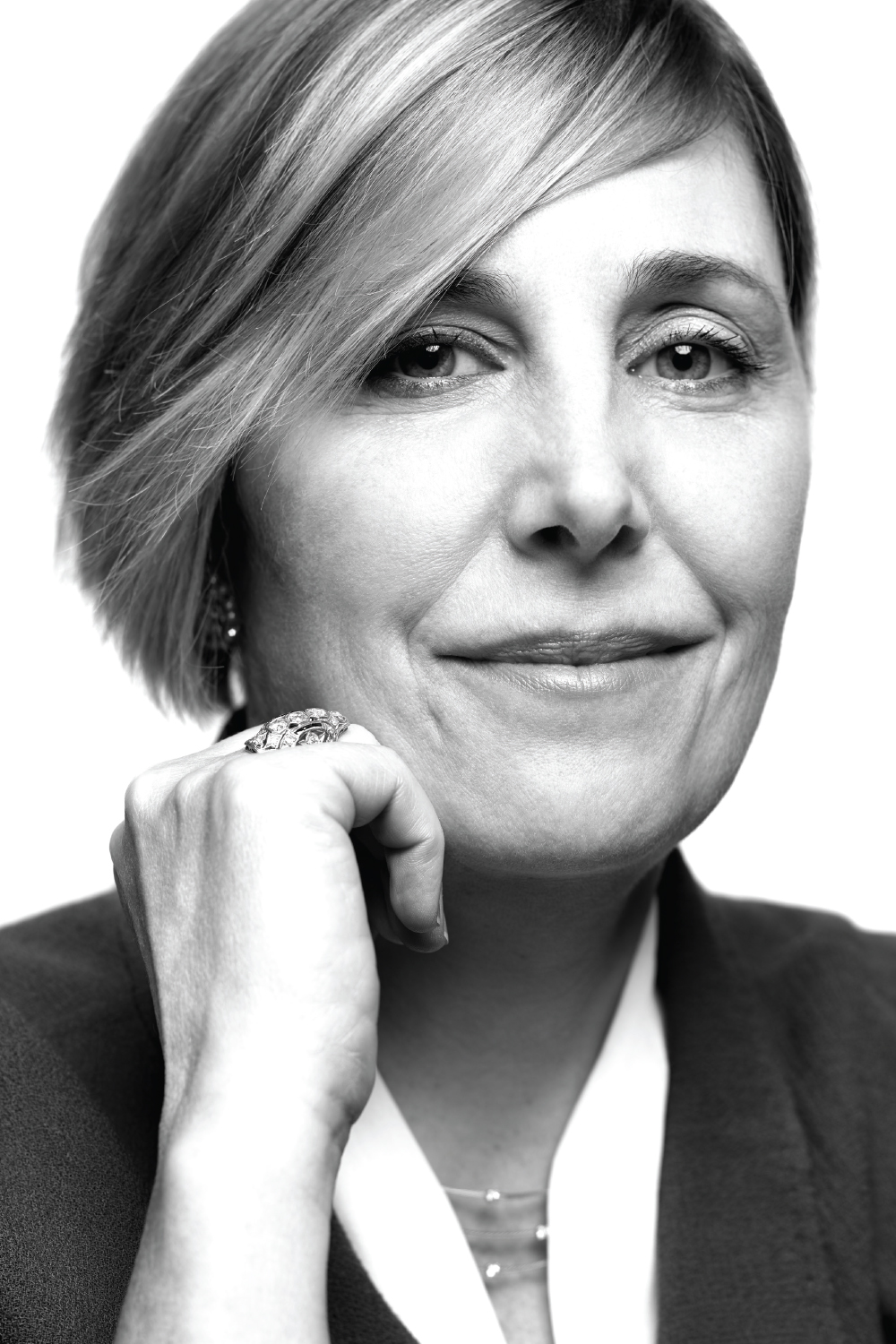 Michael’s parents, Lisa Liberatore MD and Dimitri Kessaris MD, started the business to help their son and others like him find gainful employment and lead happy, productive lives. But the goal is much bigger than just Luv Michael. The objective is to offer real job training that will be transferrable to work in other places down the line. Lantier said that one reason people with autism are so underemployed is that the appropriate  training is often not available. “Maybe it would take longer to train someone, but if a company is committed, they can do it.”

At Luv Michael, the curriculum being developed is as important as the product. Through the training process, participants earn a food handler’s license to certify their ability to work elsewhere. A training manual helps direct them on how to dress, how to prepare for work and how to do the job. Michael, the namesake of the company, is now 18 years old and still in school. But he comes to work for a portion of the day. “We drive to our kitchen in Long Island City,” said Lantier, “and Michael participates in every step from weighing and packaging products to sealing the bags, producing the recipe and weighing out the ingredients.”

For his work, he gets paid. This provides Michael and his fellow employees with more than just monetary gain. “It gives them a self-esteem that comes out in different areas. I see an increase in assertiveness, a pride. This comes across, disability or not. When we are sitting around eating, we are all peers…They are a part of something,” Lantier said.

In Oyster Bay, Orkestai Farm has taken a similar approach and applied it to working with the earth. They grow a wide variety of herbs and vegetables on more than an acre of land. 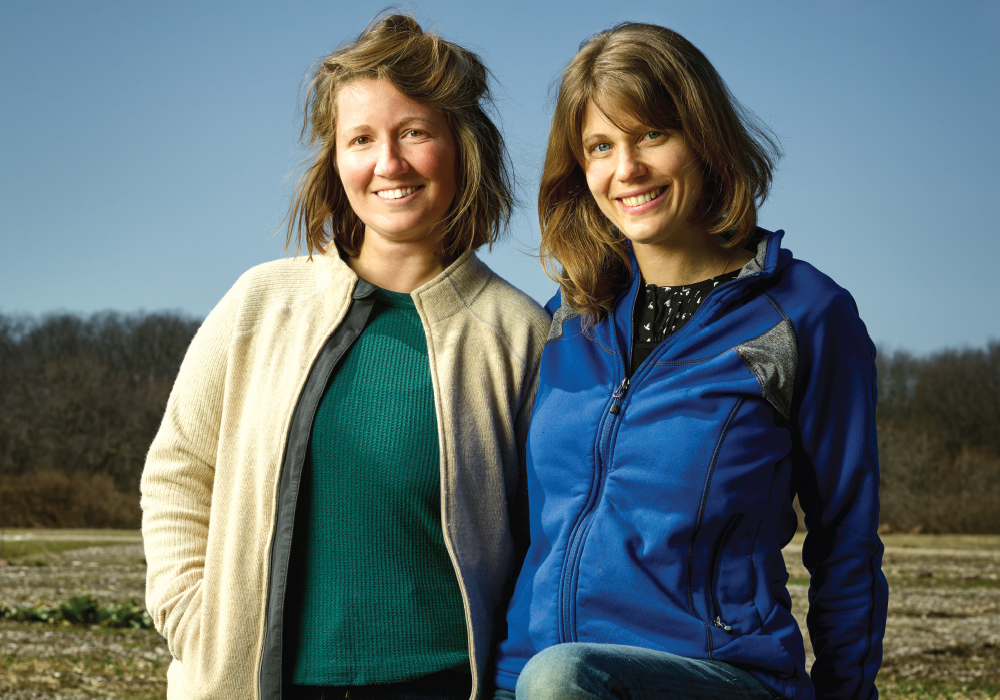 Alethea Vasilas and Erin Staub run the farm, which has a CSA that serves about 25 people in the community. But what makes Orkestai exceptional is not the flavor of its tomatoes, it’s the apprenticeship program, where 15 students with autism are brought onto the farm for about six hours a week to work and learn.

Like Luv Michael and Our Coffee With a Cause, Orkestai was born out of the love of a person with autism. Vasilas went to school with Rachel Kaplan, who has severe autism. One day, Vasilas invited Kaplan to join her at her father’s farm in Orient. “They planted hundreds of tomato plants together,” said Staub. “They worked for six or eight hours. Rachel has a natural rocking that works well with the repetitive motion of planting. Alethea thought if we could work with people and their natural inclination, we could help.”

Vasilas worked with Rachel’s mom, Wendy Kaplan, to form Orkestai farm. But after a few years, the Kaplans decided to create a homestead in upstate New York. Their farm, Sustain Ability Farm, is thriving in Accord, NY. And Vasilas and Staub were left in charge of Orkestai.

Staub said the stage of life after structured education can be challenging for any young adult. But for disabled people— for whom jobs are scarce and meaningful ones even more-so—feelings of isolation and depression are common. The farm not only gives them something to do, it connects them to the community in a meaningful way. “Coming to a farm and growing food can seem like a simple thing, but we are growing for a community of people who rely on us. Our students pack the boxes with produce, and tell the customers what it is and where it’s growing. That’s a huge sense of purpose that we all need,” she said.

The physicality of farming is hugely beneficial for anyone: fresh air, exercise, food at the peak of its flavor and healthfulness. But for people with disabilities it can be even more transformative. “A lot of our students have movements they can’t control, and in an indoor classroom that’s very stressful. It’s a lot of restraint. I’ll see students get out of the car at the farm and start running around, flailing their arms. They can be much bigger and free.”