Bold in his process and polarizing in his results, Jackson Pollock endures as one of American modern art’s most controversial figures. Some view him as the trailblazer of contemporary abstractionism, others see him as a lightning rod for the dismissal of non-figurative, anti-traditional painting.

The Museum of Modern Artrt is happy to leave the judgment to the viewer with its comprehensive Jackson Pollock: A Collection Survey 1934-1954, currently on display through May 1. The exhibition plays out like a hike along the path of Pollock’s process, each work a signpost leading the way, until one sense of splatter and happenstance spills into the next, creating a whirlwind of color and formlessness. “Using just 58 works from MoMA’s collection, we are able to tell a concise but basically complete story of Pollock’s artistic evolution from the time he moved to New York in 1930 at the age of 18 through his death in a car accident at age 44 in 1956,” said Starr Figura, MoMA’s curator of drawings and prints. “The show mixes rare and little-known prints and drawings together with better known paintings, providing a fuller and more nuanced understanding of Pollock’s creativity and multi-faceted experimentation.” 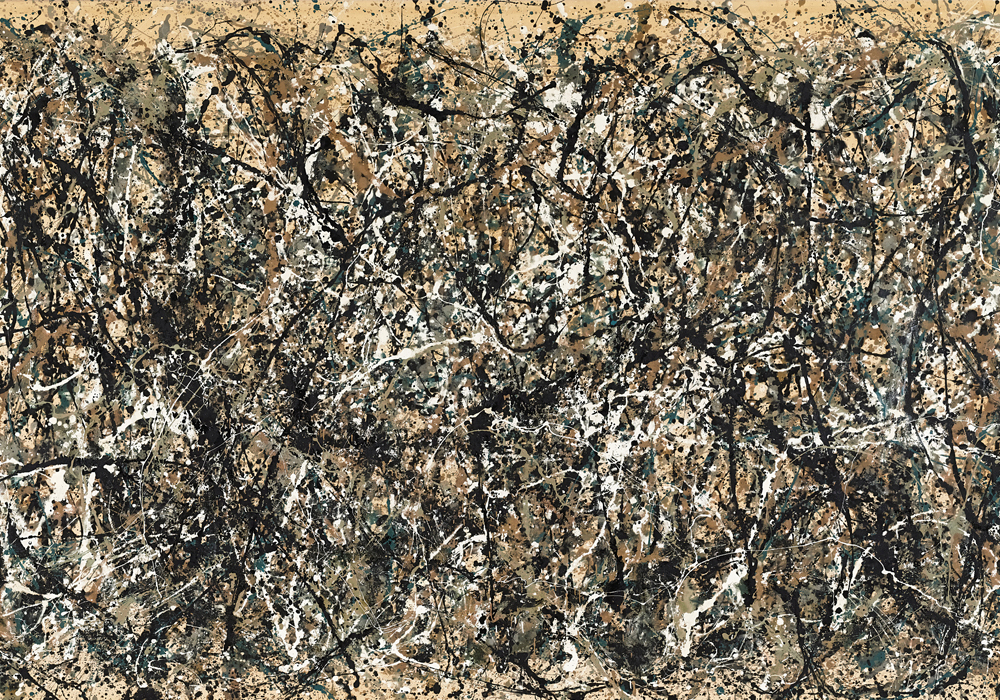 The highlight of the trip might be “One: Number 31, 1950” (oil and enamel paint on canvas,1950). With more than 150 square feet of dense loops and cosmic splatter of thick and earthen brown, black and white, it may be Pollock’s definitive work and a sure nod to his unique process of working on the floor during this time period. “On the floor I am more at ease,” Pollock once said.

“I feel nearer, more a part of the painting since this way I can walk around it, work from the four sides and literally be in the painting.”

“Shimmering Substance” (oil on canvas, 1946) is a fraction of the size of “One” but equally abstract while presenting a sunnier view of Pollock’s oeuvre. The artist squeezed tubes of blues, reds, yellows and whites directly onto the canvas, then swirled them feverishly to every corner and back again. The overall effect is manic yet pastoral, reminiscent of Van Gogh’s most intense utilization of thick paint to create hallucinogenic depth that stands as living, breathing organisms. Plucked from the Sounds in the Grass series, “Shimmering Substance” can be seen as an allusion to the breath of fresh air that came with his move to the East End of Long Island in 1945, a year before this work was completed. “I think the support and stability that he found in his marriage [to Lee Krasner in 1945], together with the sense of nature and calm that surrounded him on the East End, did contribute to his major artistic breakthroughs, including developing his famous poured and drip paintings,” Figura said. One of Pollock’s many “Untitled” works from the late 30s is worthy of mention due to its slight departure from the look and feel of his subsequent work. It’s a darker, richer and more figurative effort that clearly depicts the horrors of war. In a bombastic scene of smoky blacks, muddy browns, hellfire reds and angry yellows, the sketch of a dead body lies in the foreground, while carnage, chaos and ruin simmer in the distance. 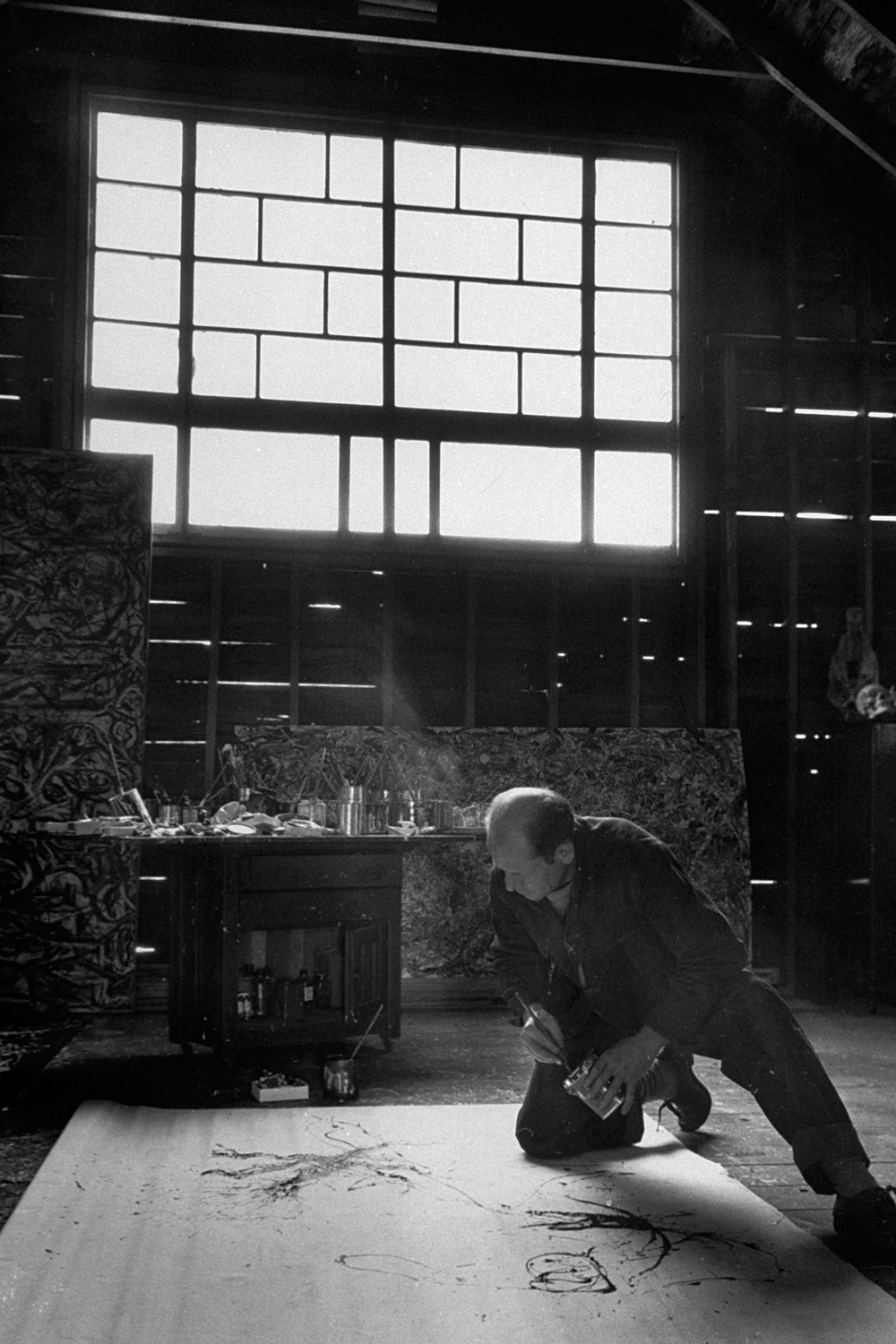 Pollock’s reluctance to name his works begs some philosophical and psychological debate. Perhaps this (non) step can be seen as a lack of care or ownership, an abundance of indifference or possibly even an indictment of his own self-worth. On the contrary, it can be interpreted as a metaphysical surrender to higher powers. Much in the same way Pollock gave his process over to the laws of physics, so too is he giving the finished product away—to the viewer, to nature, to the universe.

While Pollock has been both widely viewed and discussed, this exhibit does well to re-emphasize the ethos of experimentation that runs through all of his work. It becomes clear that one can look across Pollock’s entire trajectory, or a singular painting, in a similar experimental manner. By using gravity and chance to co-create, Pollock allows us to skim the surface and relish the madness. Or go deep to dissect and find the nuance. We can fly along the horizon in the hopes of catching a flash of brilliance, or groove endlessly on one solitary drop of splatter, allowing ourselves to be pulled deep into the black holes of artistic subconscious—both his and our own.