This lifelong Huntingtonian has bartended in town for more than five decades and half those years were spent at local fixture, Finnegan’s. He has a lot to tell about the bar, the town and the performance art of bartending. But be forewarned: his self-titled drink, despite the grandiose name, is deceptively intoxicating.

Long Island Pulse: How did it all start?
Tommy Forte: The supermarket down the block from here was a bowling alley at one point. This was in 1965. I was going to college at Post and I had a job working the door. One day the bartender didn’t show up and my boss told me to go behind the stick. The rest is history.

Pulse: Finnegan’s opened in 1912. How would you describe the bar?
Forte: It’s definitely the Cheers of Huntington. It’s a warm, friendly place. There’s a lot of history here. Look at the tin ceilings. You see the picture of Jimmy Cagney on the wall from when he came? It’s an old-school place and I’m an old-school guy, which I think is why I’ve been here for 25 years, through four of the five owners. You just don’t see many places like Finnegan’s around anymore.

Pulse:What’s your favorite aspect about bartending?
Forte: I’ve always been a people guy. I wanted to be a teacher, originally—behind the bar, it’s almost like being onstage. You have to be up on politics, up on sports, so you can engage the customer and connect. If you think about it, bartending is still one of the [jobs] where you need to talk to people. 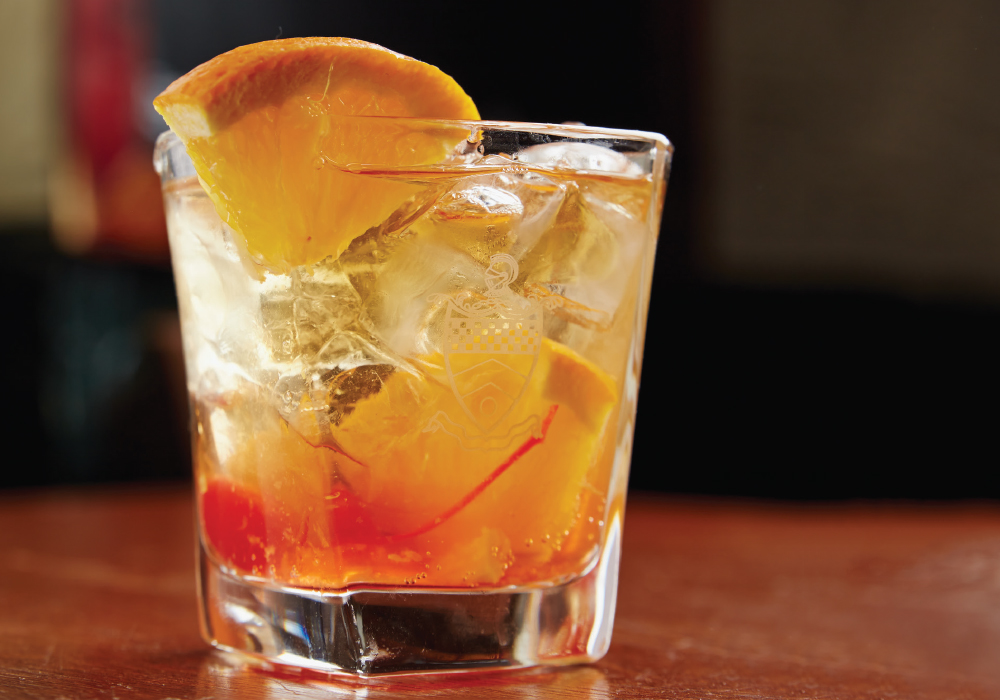 Pulse: Your signature cocktail is The Big Cat.
Forte: It used to be called The Tommy Special. I should’ve trademarked it.

Pulse: Why did you change the name?
Forte: I played football, basketball and baseball while I was at Huntington High School. I’ve always been a big guy, even at that point, but my football coach always said I was as quick as a cat. So my nickname became “The Big Cat.” I think the name works better here because the drink can sneak up on you.

Pulse:What’s in it?
Forte: It has an ounce of Malibu and an ounce of Absolut, a half-ounce of peach schnapps and three juices: cranberry, pineapple and orange. I shake that up nice and pour it into a big frosted glass and garnish with an orange. It’s a sweet drink, nice tropical flavors. But remember, you have to be careful because you don’t taste the liquor.