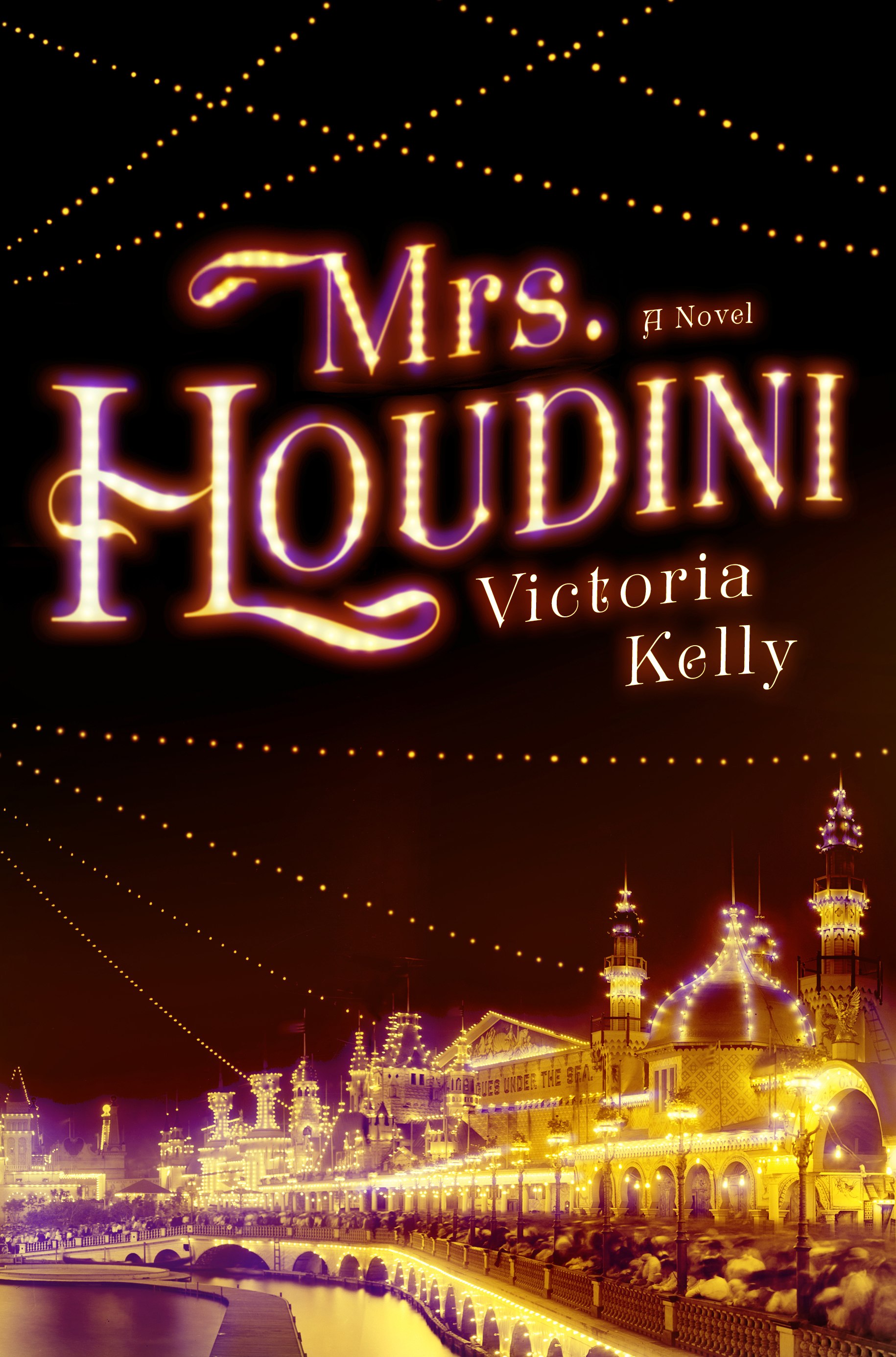 The day you met your beloved, it was magical.

Think about it: billions of people in the world, and the two of you–random strangers–found one another and fell in love. What are the odds? And now you’re a pair, a couple, a team and, as in the new novel, Mrs. Houdini by Victoria Kelly, you couldn’t escape it if you wanted to.
Charming or sincere. Bess Rahner was sure that show business men were one or the other, never both. At eighteen, she was already jaded about such things – and then she met Harry Houdini.

It started with a blind date, a favor Bess did for her friend, but then Harry proposed to her just minutes after they met on that Coney Island boardwalk.

She was a singer, performing with two other girls on a small stage. He and his brother did magic at the fairgrounds. She barely knew him; marrying him didn’t make sense but she did it anyway, the very next afternoon.

Sometimes, life was a struggle: they were unimaginably poor at times, but rich in experience. They traveled the country and to Europe, but Bess longed to stay home with babies that never came, and that broke their hearts.

Yet, despite it all, they loved one another and worked together to reach the fame Harry knew could be theirs. Months with a traveling circus honed their act; each new venue taught them anew. Harry always found more “impossible” ways to draw crowds, which eventually took a toll on him: like anyone, he aged, and could no longer tolerate what he was asking of his own body.

He certainly couldn’t tolerate the blows to his stomach that ultimately killed him.

While Bess had her tearoom to keep her going, Harry’s death left her little else but debts and a promise: he was sure of an afterlife and had devised a method of proof through a code from Beyond. By 1929, though, Bess hadn’t heard a word–or had she? More-than-coincidental clues appeared, and they seemed to be linked to a local photographer.

She had to find that man–and in doing so, she hoped to find her late husband.
Want to know one of the hallmarks of a really good novel?

It’s when you forget that it’s a novel.

That mind-slip is made surprisingly easier when reading Mrs. Houdini because of the extensive research author Victoria Kelly’s done. This book is plump with real historical events and people, but a fictional thread peeks between truths–one that seemed far-fetched at first, but slowly fits with what we know (and learn) about the main characters. Kelly also has a talent for time-tripping with readers, from the late 1800s through World War II, which adds to the allure. By the time the sparkling ending is reached–an ending that couldn’t be more perfect–you’ll be entranced.

Can you resist? You shouldn’t, especially if a bit of gauzy illusion is what you’d love in a romance. For you, then, Mrs. Houdini is great escapism.