After months of saving, itinerary planning and dreaming, all that stands between you and your overseas vacation is a red-eye flight out of JFK. No amount of research can prepare you for everything—like feeling completely at home driving on the left side of the road or navigating every alleyway—but you don’t need to be that person either. You know, the one in white sneakers, cargo shorts, mid-calf socks and a Nike baseball cap with a big camera around your neck and inpatient look on your face.

Related: How to Travel While Giving Back
Return to Traditional Japan
3 Celebrity-Inspired Jet Set Outfits

“We are very lucky here to have the freedom here to be individuals and stand out from the crowd, but sticking out when you’re traveling can get some unwanted attention sometimes,” said Katie Lara, a Forbes New York travel correspondent and award-winning blogger on travelingpanties.org. “You can become a target from thieves, and you also don’t want your attitude and dress to offend locals.”

Globetrotter Lara has been to spots like South Africa, Southeast Asia and Australia, but took a breather to share seven tips to help you avoid looking like a tourist, even though you are one.

Put the Giant Map Away 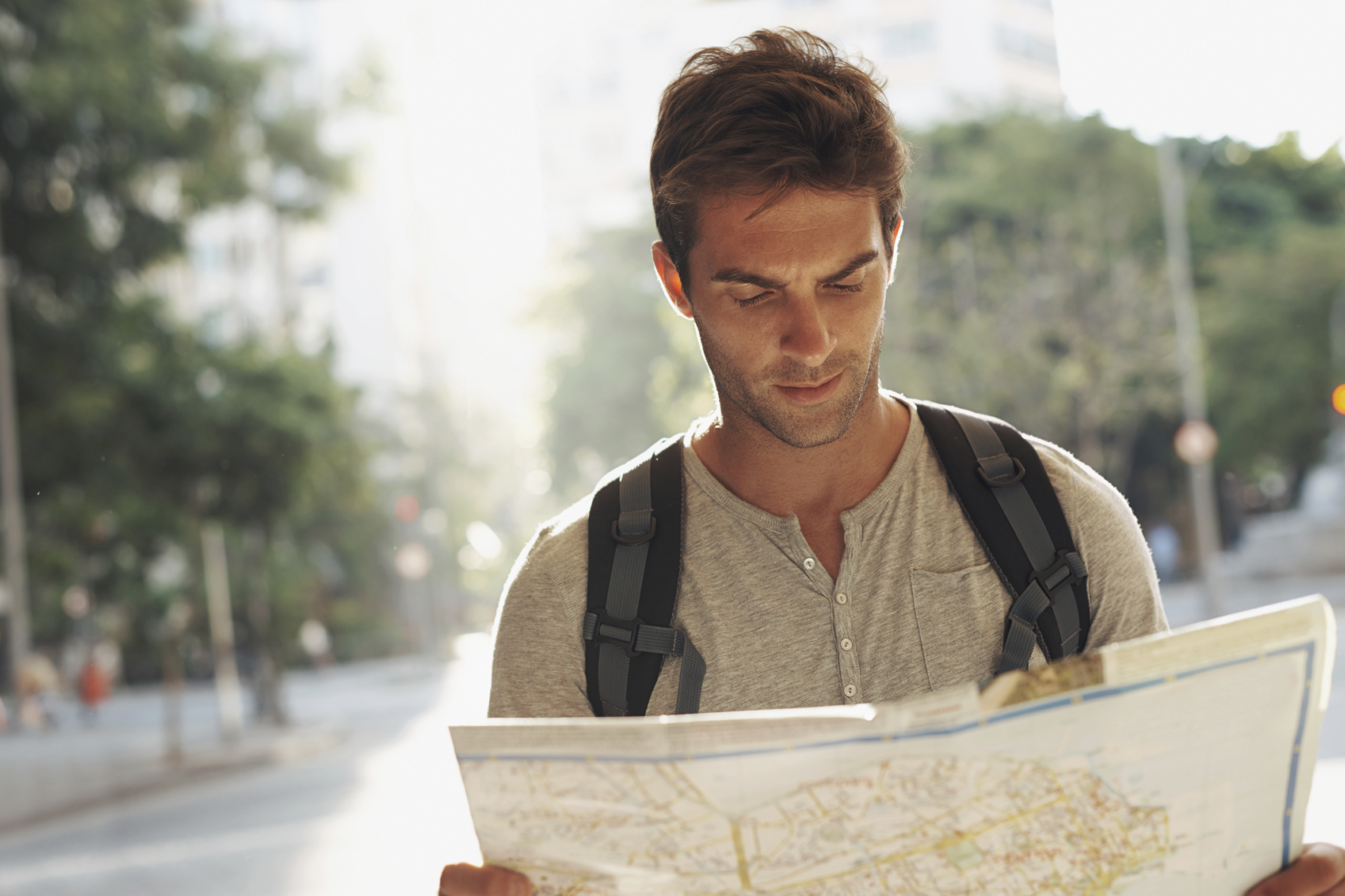 There are better and safer ways to find your way around a foreign country other than a giant map. image: istockphoto.com

Lack of Internet can make a good old-fashioned mega-map seem like a great choice for finding your way around. It also screams, “I’m a tourist” and makes you look less confident, potentially putting you at risk for being pick-pocketed. “Instead of pulling out the giant map [on the sidewalk], I keep trying to walk intently like I know where I’m going and just pop into a nearby cafe or convenience store,” Lara said. That way you can look at the map without making a spectacle or getting in the way. If you can, download maps to your phone ahead of time. “Looking at a phone quickly rather than a map makes you less noticeable and less of a target.”

“I’m a visitor wherever I go and I try to behave like an invited guest,” Lara said. “People don’t expect travelers to know every nuance of every culture but with a little research you can learn how to act responsibly and respectably.” Read up on local customs online and in books, and even by crowd sourcing on Twitter. “I found myself meeting lots of different bloggers on Twitter who happen to be from that area and are usually super-excited to tell you about where they’re from.” Lara also discreetly observes her surroundings while she’s there so she can pick up on social cues, and engage with locals. “I find that asking local people is the best way to find the best food but I also ask, ‘Is there anything tourists do that you get offended by?'” 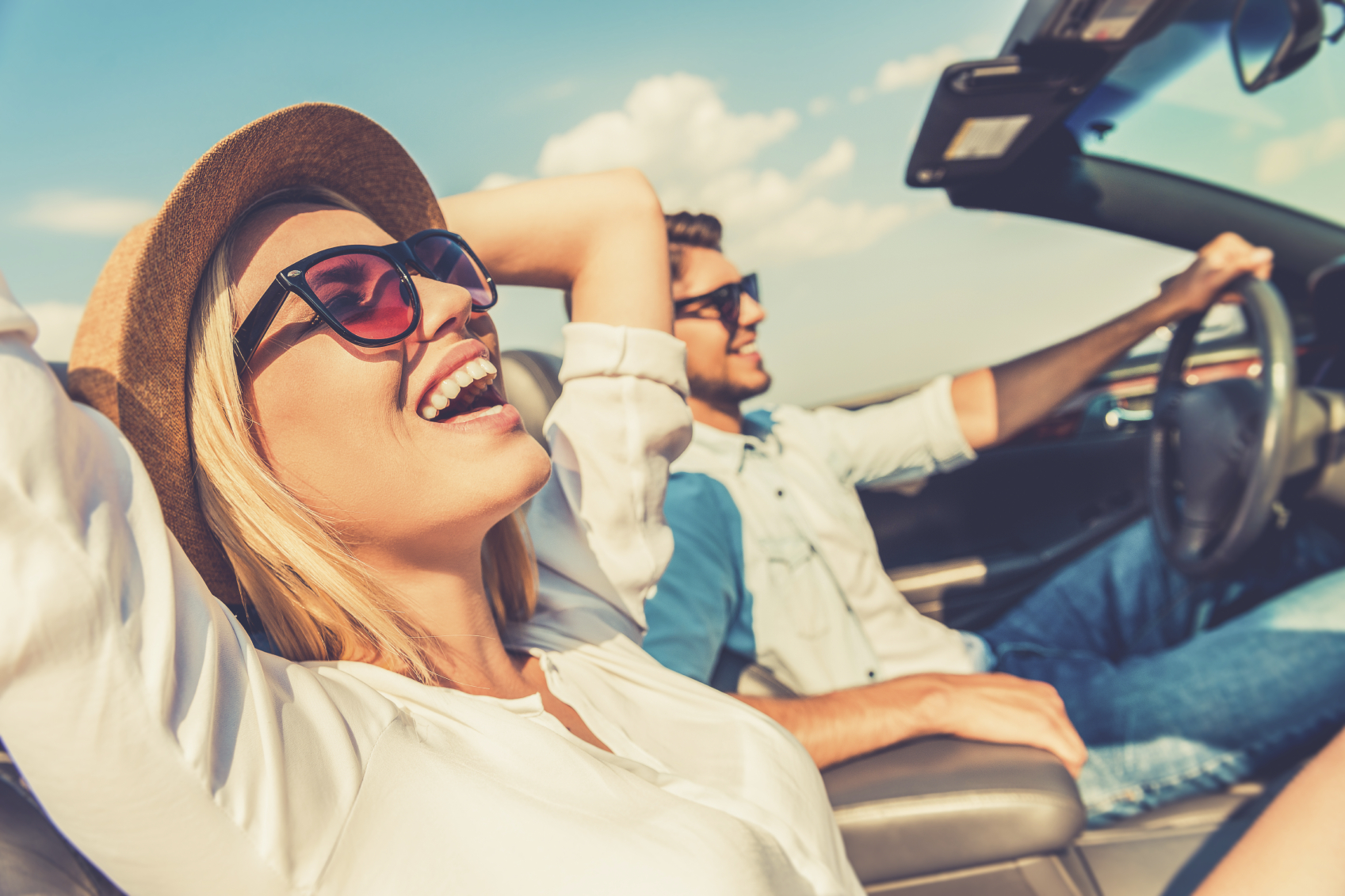 Smile. You’re not on the LIE. image: g-stockstudio

Overseas, your LIE etiquette that includes an average of three one-finger waves per trip likely won’t fly. A few minutes of research go a long way in helping you avoid unwanted attention from police. “Learn the laws about cell phones, passing other cars, right on red, when you need to have your lights on, when safety seats are required for kids, etc.—and of course what side of the road to drive on,” Lara advised. Review road signs for a few minutes before you get on the road, and look into getting a car with a GPS in case your phone doesn’t work.

You don’t need to pull an all-nighter listening to Rosetta Stone, but Lara suggested learning a few key phrases. “When we went to Southeast Asia, I had a print out of key phrases like thank you, bathroom, please…’do you know how to get to the museum?'” she recalled. Another genius hack: keep a business card from your hotel. Even when Lara thought she had the pronunciation down, she really didn’t and being able to show a cab driver the card bailed her out.

“Wearing giant logos, baseball hats, athletic gear just has an American tourist association with it, especially in places like Europe,” Lara said. Remember the three Cs: chic, conservative and comfortable, like A-line dresses that hit below the knees and cardigans for women and khakis and a nice shirt for men. Besides, you want to look good in all those Instagram photos you plan on posting as soon as you find free Wi-Fi. “You’re probably taking more photos now than you are in the entire year.”

Yes, You Can Take Photos 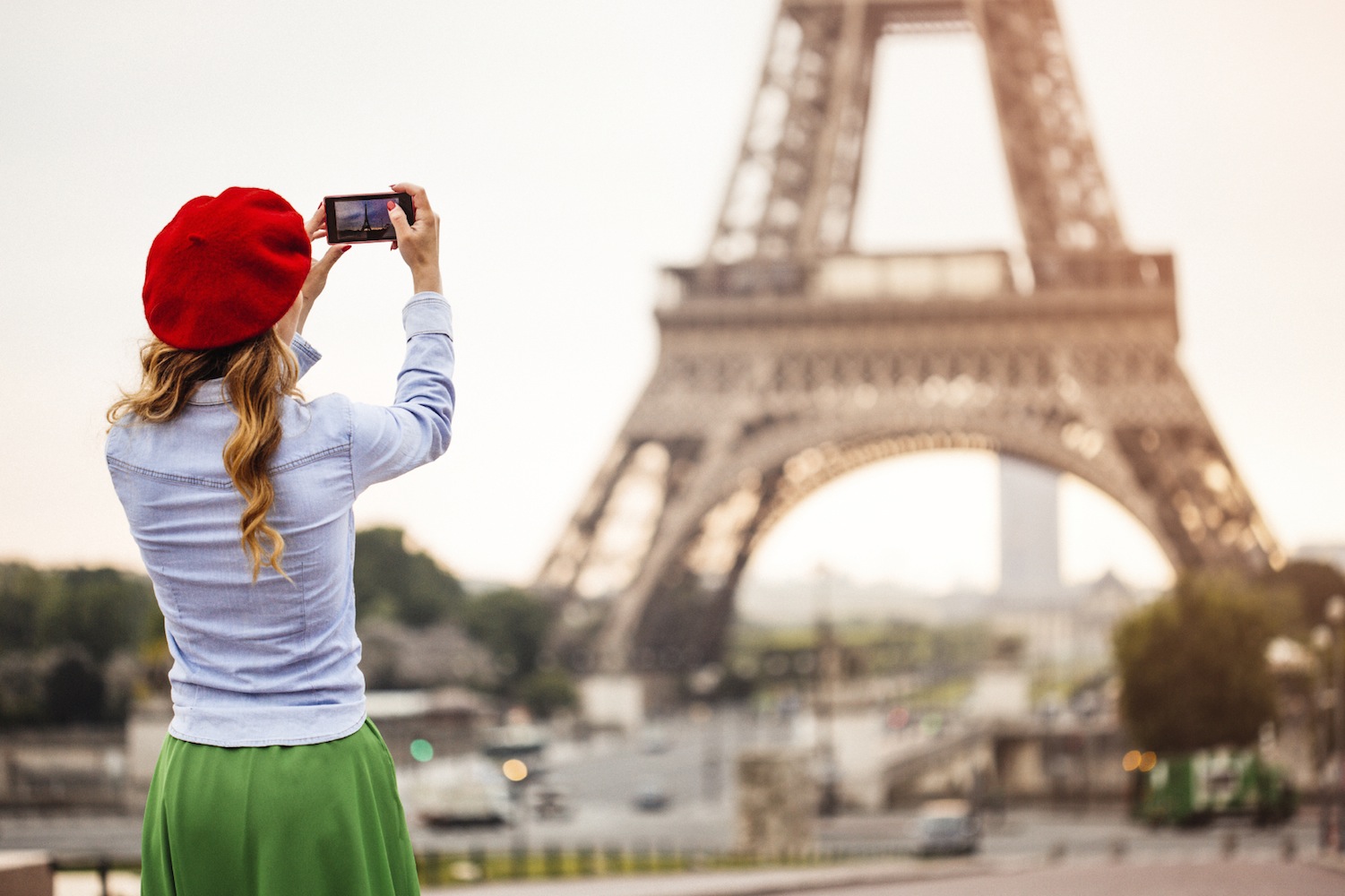 How many times are you going to see the Eiffel Tower or the Taj Mahal? Probably not many, so of course you need a pic. If you’re still into taking pictures with real cameras rather than just an iPhone, avoid carrying one around your neck. “Keep it in a bag that’s easily accessible,” Lara suggested. “Giant cameras are tourist calling cards—cameras are also quite expensive so you may garner unwanted attention from thieves.” And keep it classy. “Avoid taking completely obnoxious shots doing anything inappropriate or being particularly obnoxious when in the company of others.”

You have places to go and landmarks to see, but remember: you’re on vacation. You deserve to smell the roses. “You haven’t seen Paris unless you’ve sat by the river and enjoyed a picnic of bread and cheese,” Lara said. “The most important part of visiting any city or country is experiencing it like a local—and that means relaxing.”