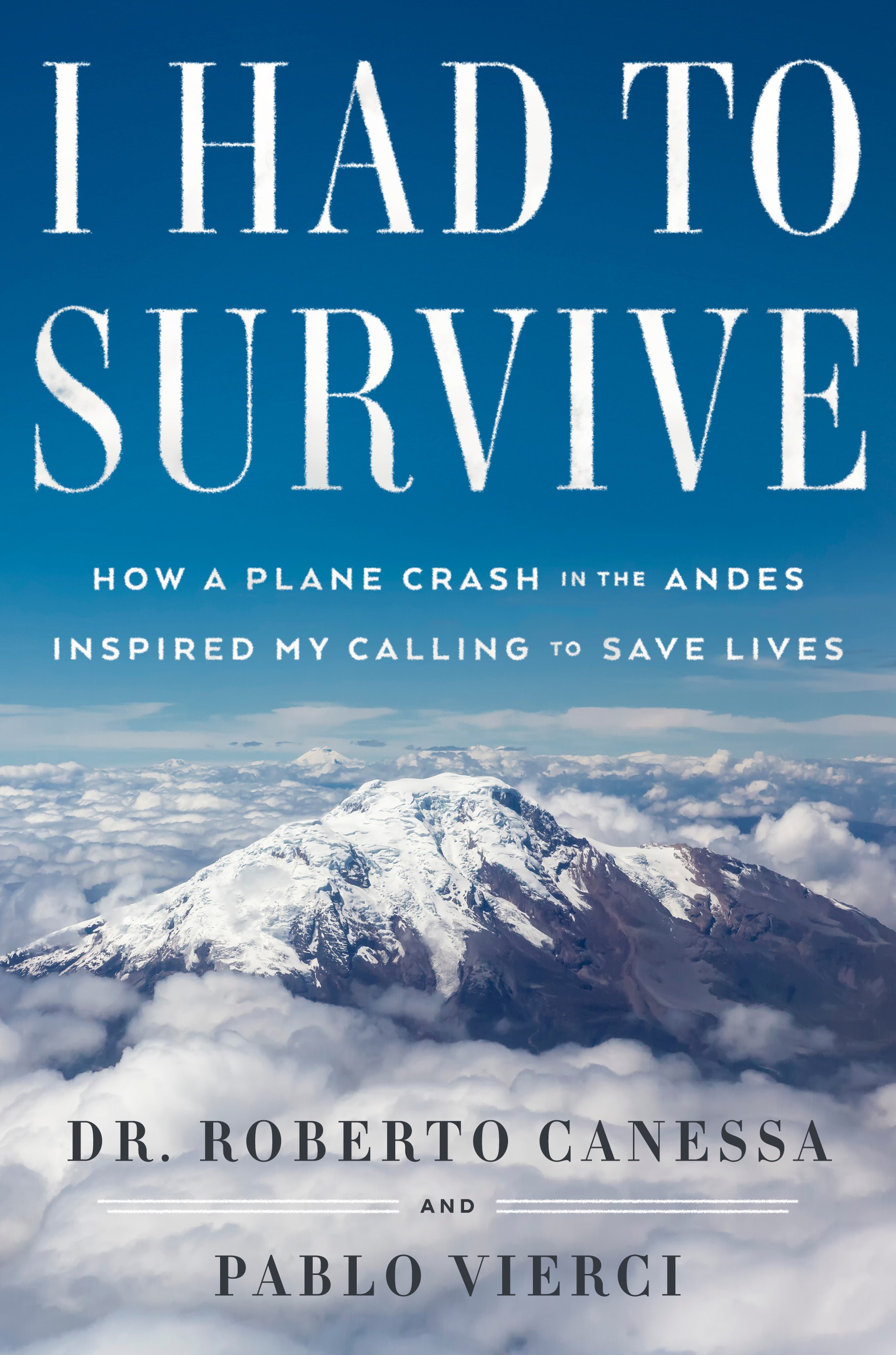 No one can do it. You may as well not even try because it’s never been done before. Not possible—except when it is, because there’s no other way. It’s a live-or-die matter, as in the new book I Had to Survive by Dr. Roberto Canessa and Pablo Vierci.

Growing up in Uruguay, the privileged eldest son of two professionals, Roberto Canessa was high-spirited, spoiled and a little wild. A group of Irish Christian Brothers finally tamed him, proving to him that he was truly a leader

At 16, Canessa was a rugby star; at 18, he was a member of the Uruguayan national rugby team, though his passion was medicine. He was, in fact, a 19-year-old second-year medical student on the afternoon of October 13, 1972, when the plane in which he was riding crashed into a remote part of the Andes.

Of the 40-odd passengers and crew aboard, many were killed instantly or died soon after the crash. The cold was relentless and, because they figured someone would be looking for them, those that remained “began to transform into a single organism” as they worked together to stay warm and hydrated. Survivors devised ways to keep one another alive through clever inventions, repairs of damaged equipment, and adaptations of the meager items that were not destroyed in the crash. Canessa became the group’s doctor.

But as days turned to weeks and supplies slowly disappeared, weaker individuals died, one by one, of starvation. Canessa only hints about who first suggested that they “nourish ourselves with the bodies” of those who died but it was a “simple and audacious” idea that sustained the remaining survivors until they were rescued.

Indeed, audacity was mandatory: more than two months after the crash, Canessa and his friend, Nando, undertook a daring trek that took them across sheer ice, on tiny ledges above crevasses, and down avalanche-prone snow to a valley of flowers.

It was there where, weak and barely alive, they found the man who rescued them…

Today, author Roberto Canessa is a renowned pediatric cardiologist in Montevideo, which may seem like a tenuous tie to his early story. Part of the explanation for that incongruity comes in chapters written by patients and thankful parents of children he’s saved – chapters that might be more compelling, were they not so repetitive or frequent.

As it is, because they’re too similar and too many, those outside testimonials lose their effect.

Instead, what moves this book along is the re-telling of the tragedy, woven between intimate chapters on how it deeply affected the way Canessa lives his life. That almost-44-year-old endurance tale is a nail-biter which, paired with insight from Canessa, his father, and other rescuers, offers up the best part of this book, bringing the grueling story to a new generation unfamiliar with the Andes crash and updating it for those who remember it well.

And if you fall into either category, ignoring I Had to Survive could be impossible.