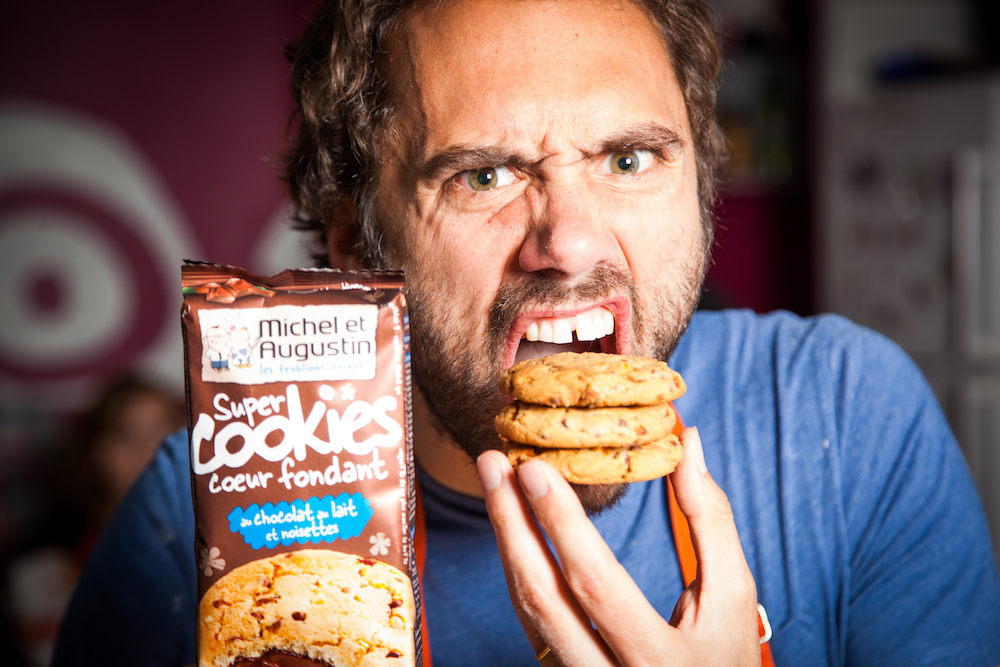 Augustin Paluel-Marmont describes himself as just a basic guy. It’s the US grand opening of Michel et Augustin, a French cookie company, when we meet.

He’s dressed in jeans and a hoodie and to the eye could be any other entrepreneurial Brooklynite, except Paluel-Marmont is the co-founder of Michel et Augustin, a company that in just 10 years became France’s premium cookie leader, ahead of even Pepperidge Farm. Their 2015 net sales were $35 million in a market six times smaller than the US. The company’s cookies are sold in 23 European and Asian countries, their 2016 growth forecast is 43 percent and that was before a Starbucks buyer discovered the cookies, which are rolling out to 7,400 Starbucks nationwide.

“We’re not NASA, or Facebook or Google,” Paluel-Marmont said. “We just had very regular growth from 0 to 50 million sales. We take the time to learn and to do it and think about ourselves and it’s been 45 percent growth each year.” 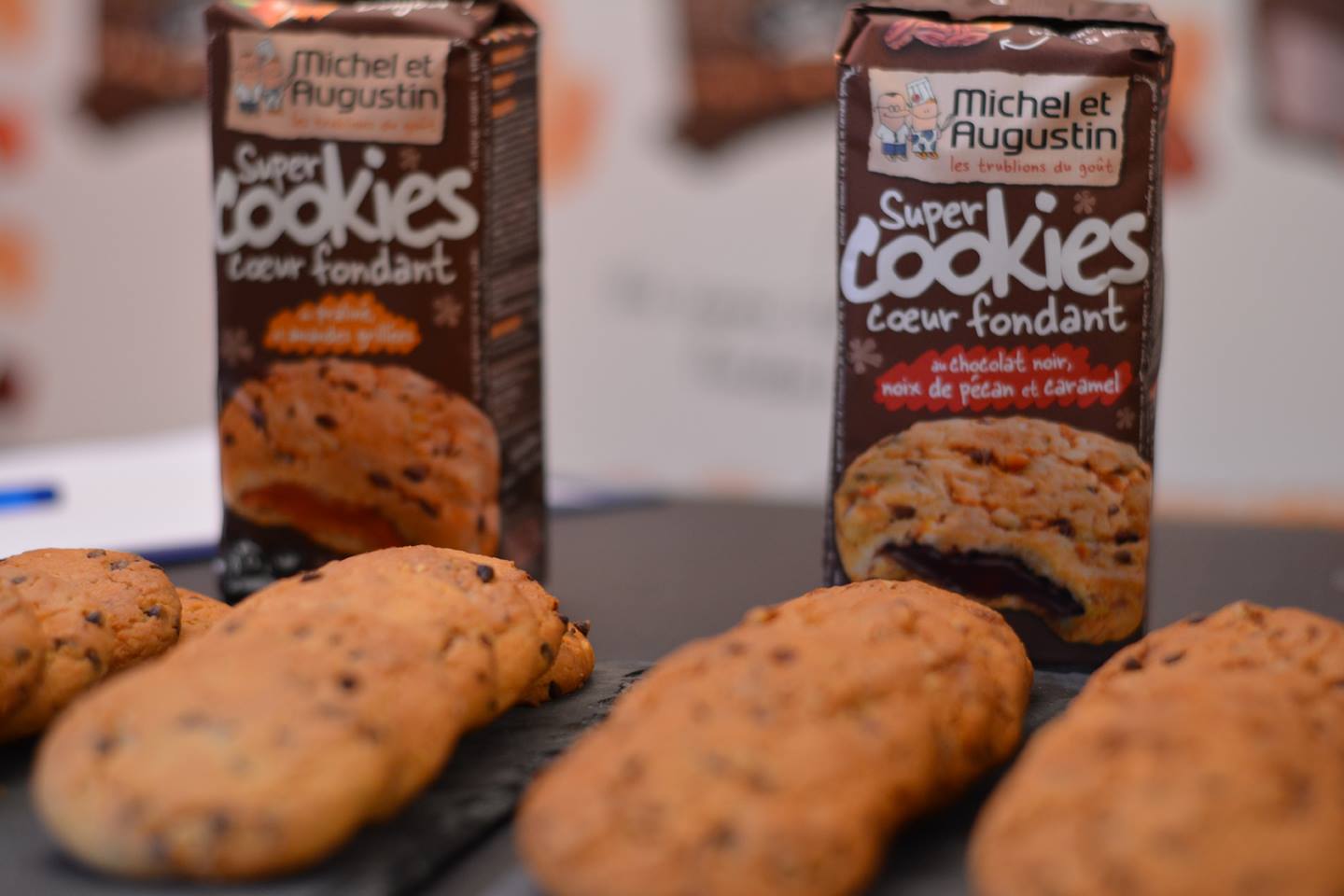 Paluel-Marmont is both humble and ambitious, at once a bundle of energy practically bouncing around the store talking with employees, getting excited for the opening and yet also quietly reflective.

“Time is our biggest challenge,” he said. “We need time, time to do it well.”

He started the company with his childhood friend Michel de Rovira back in 2005. The then twenty-something was looking for his next adventure after founding Pertinence Data Intelligence, a data mining company, which was purchased in 2007 by Partech Ventures.

“I wanted to have a skill I could do with my hands,” Paluel-Marmont said. 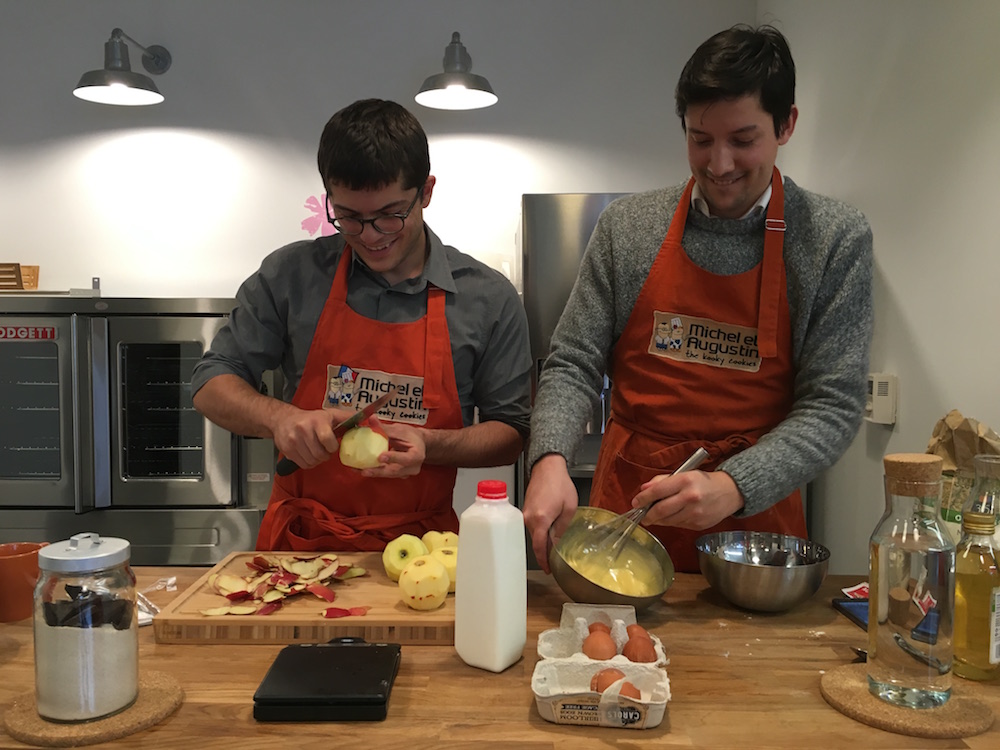 He took an pastry class and tired of corporate life decided to write a guidebook to the best bakeries in Paris emailing friends interested in helping and hearing back from de Rovira. From there it wasn’t long before they were baking cookies in Paluel-Marmont’s tiny Parisian kitchen. “Supersonic” cookies they call them, made with all natural, GMO free ingredients. They baked more than 400 batches of cookies in Paluel-Marmont’s kitchen, his wife he said getting fed up with them until they found what they thought was the perfect recipe: a shortbread cookie with butter and a pinch of salt still in production today. They started going door-to-door in Paris sharing the cookies and asking places to stock them. Their first customer was the deli owner downstairs and remains one of their biggest supporters.

Last January, Paluel-Marmont, along with his wife and five children moved to Brooklyn to head up the US efforts of growing the brand. 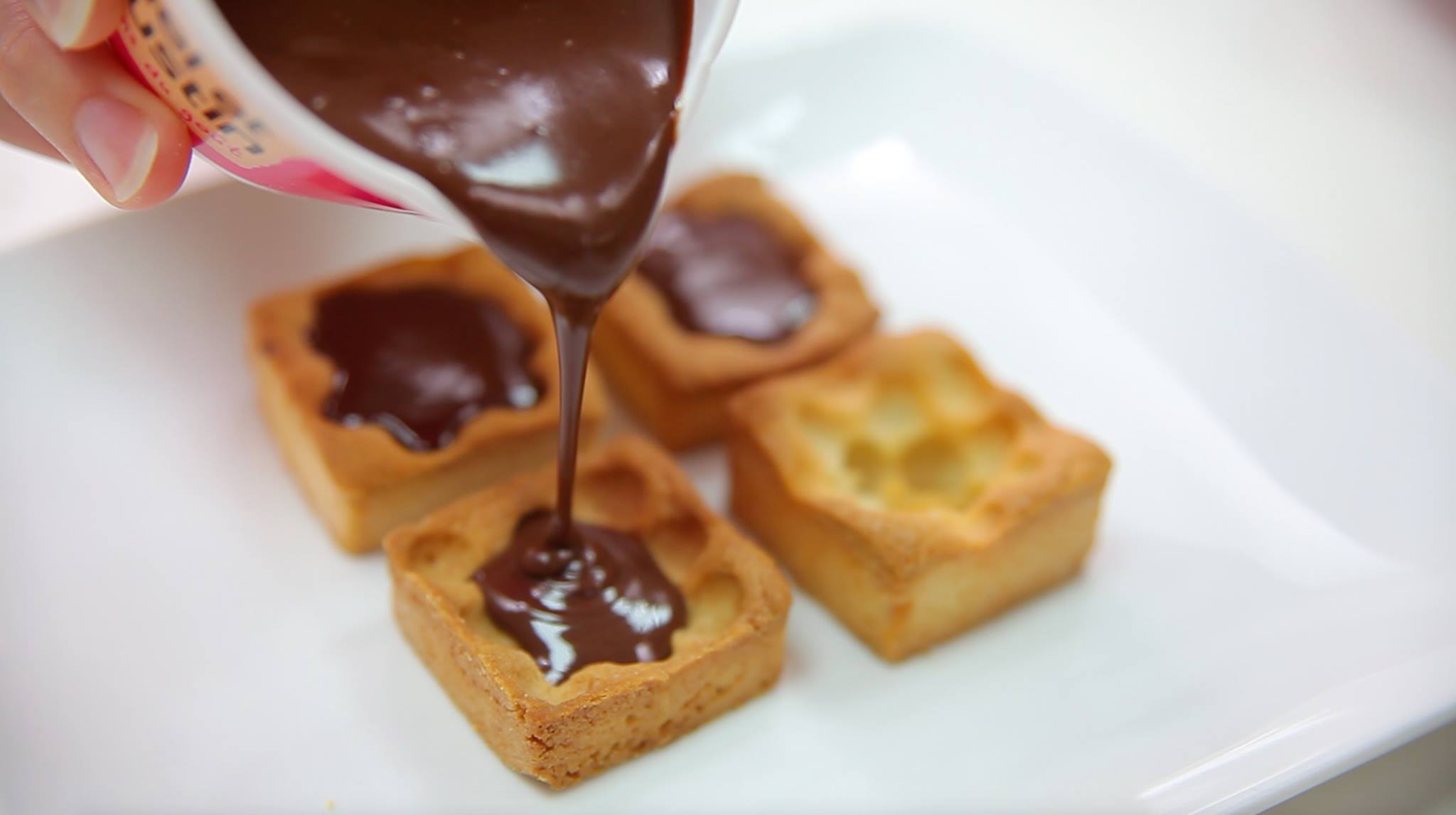 Only eight types of Michel et Augustin cookies are currently available in the US. image: facebook.com/micheletaugustinusa

“I love ideas and bringing them into reality,” Paluel-Marmont said. “The idea is to bring taste and indulgent recipes and food for people living in the city. I didn’t want to invent a brand but share the real life we lead, a passion of life and pastries and France.”

When Michel et Augustin arrived in New York the business plan was the same as in France: go door-to-door. 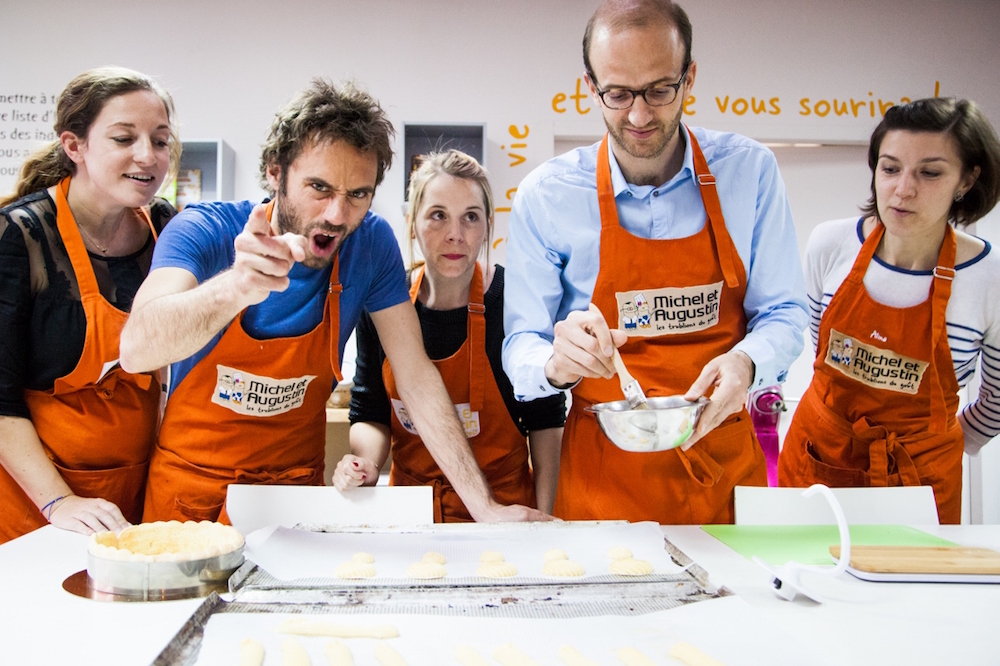 They have more than 20 products, but only 8 are currently available in the US including the original shortbread, the lemon meringues Starbucks is rolling out, and Paluel-Marmont’s favorite, the shortbread with dark chocolate. In just over a year, Michel et Augustin has more than 500 accounts, mostly in high-end natural and specialty independent stores as well as Fairway, Morton Williams, and Gourmet Garage and North Shore Farms.

As people begin to crowd into the opening of their US headquarters in Gowanus, Brooklyn Paluel-Marmont looks around and said, “It’s simple. I decided to go into cookies because I wanted to change the world.”