“There’s nothin’ I like more than opening for an act and playing to a crowd that is there to see someone else. Their people don’t know you and they don’t owe you! We only get one chance to make a first impression … so I love playing for those people … turning them on to our music for the first time and seeing their reaction!” – Phil Varca 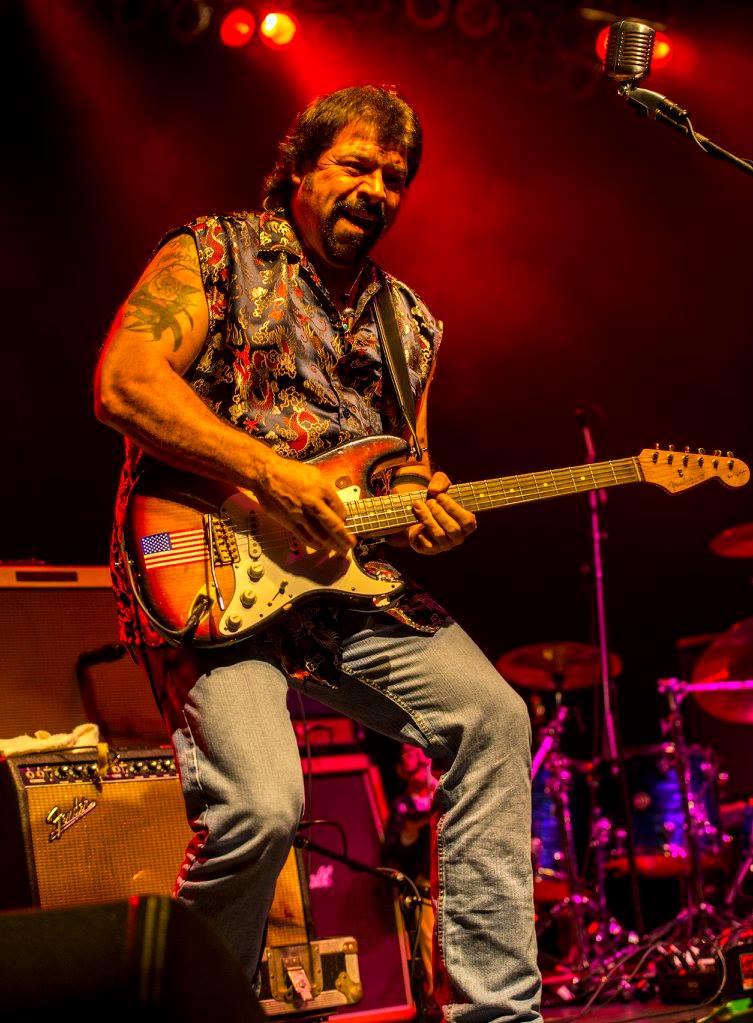 The blues band plays the Paramount with Robin Trower April 16. image: courtesy of the paramount

In the mid-90s, Long Island was home to a hotbed of vast musical riches, a kaleidoscopic display of talent spanning across a myriad of genres. Perhaps no other band represented the best of what Long Island had to offer in the blues department than Phil Varca & The SlamJammers. Fronted by (you guessed it) guitarist/vocalist Phil Varca there was no mistaking the presence of the real thing when this band took the stage. Although a formidable force on the live music scene since 1989, their debut album, Ready, Willing & Able, was released in 1997 to widespread critical acclaim. I was blown away by the CD, and tracked down the band soon thereafter for a killer performance at a Long Island club. As excellent as the album was, the recording paled in comparison with the blistering set I witnessed firsthand.

Throughout the years, the band has appeared at numerous high-visibility events such as The New Music Seminar, South by Southwest Music Conference, North by Northeast Music Conference, Crossroads Music Conference, BluesStock 1999, and the 2002 Riverhead Blues Festival. In 2014, Varca and company had the honor of opening for six-string powerhouse Robin Trower at the Paramount in Huntington. Apparently, the combination was such a success that they’re going for a second round, coming up on Saturday, April 16. Once again, Phil Varca & The SlamJammers are getting ready to take no prisoners. It’s a philosophy they’ve lived by for decades, and it has served both them and their audiences well.

I recently caught up with Phil Varca after many, many moons and we spent some time discussing the past, present, and future of one of the best blues bands to be found in this or any other dimension.

Long Island Pulse: It’s really cool to see that the band is still around!
Phil Varca: It’s the same guy on drums, Russell Stone. I’ve been playing with him since before this band—since 1985. That leads into another factor as to why we’re still together. The “Ron Wood” of the band (that’s my running joke) is on bass: Tom Porter. He’s been with us for 18 years, and I’ve known him a lot longer than that. One of the enduring factors as to why we’re together for so long is that we’re friends. We were friends before we were in a band. I happen to be really, really fortunate in that (these are) two of my closest friends. I think that is the glue that holds us together apart from other bands. These are guys I would hang out with if we weren’t at a gig. Other bands may be really good but the guys aren’t friends outside of the musical experience; they don’t even like each other.

Pulse: In 2014, you performed for the first time on the same bill with Robin Trower at the Paramount. How did that happen?
Varca: It ended up being one of those cases of who you know. Somebody that we knew was involved at the Paramount. He said, hey, we have a great band that would pair well with (Robin Trower). It was a stroke of luck, and they ended up loving us. They said, “Oh my God, we’d love to have you back and pair you.” The ironic thing was that the year before they were booking blues and blues-rock acts like mad, but after that Trower show, aside from Jeff Beck, they didn’t have a whole lot that we could pair well with. What I am going to pair with, Rick Springfield? That probably wouldn’t go well! [laughter] So when Robin came back, it was perfect for us, so that we were invited back. I would have loved to have done the Jeff Beck show last year, but he was touring with his own support. We’re a guitar band; people who like us are going to be guitar folks.

We want the (upcoming) show to be full; we want it to be a successful event. I don’t look at it as a moneymaking venture for us. I use it as a stepping stone into repeat gigs with the Paramount, and hopefully more recognition with LiveNation. Ultimately, I have no illusions. I’m 50 years old, I have this band, and if I can do support gigs even in this region—even if I did it on the East Coast, I’m fine with that. I’m not chasing a record deal, I’m far beyond that. I play music now for the enjoyment of it. I’m back to doing it for the reason I started to in the first place: because it was fun. Some people bowl. Some people watch football. This is what we do. We don’t listen to the new trends for “new sounds” … we play the same stuff that we’ve always liked, with the same grooves, with a lot of intensity. We’re a live band, so we want to show a lot of energy and let people go, “Wow! These guys make a lot of noise for three people!”