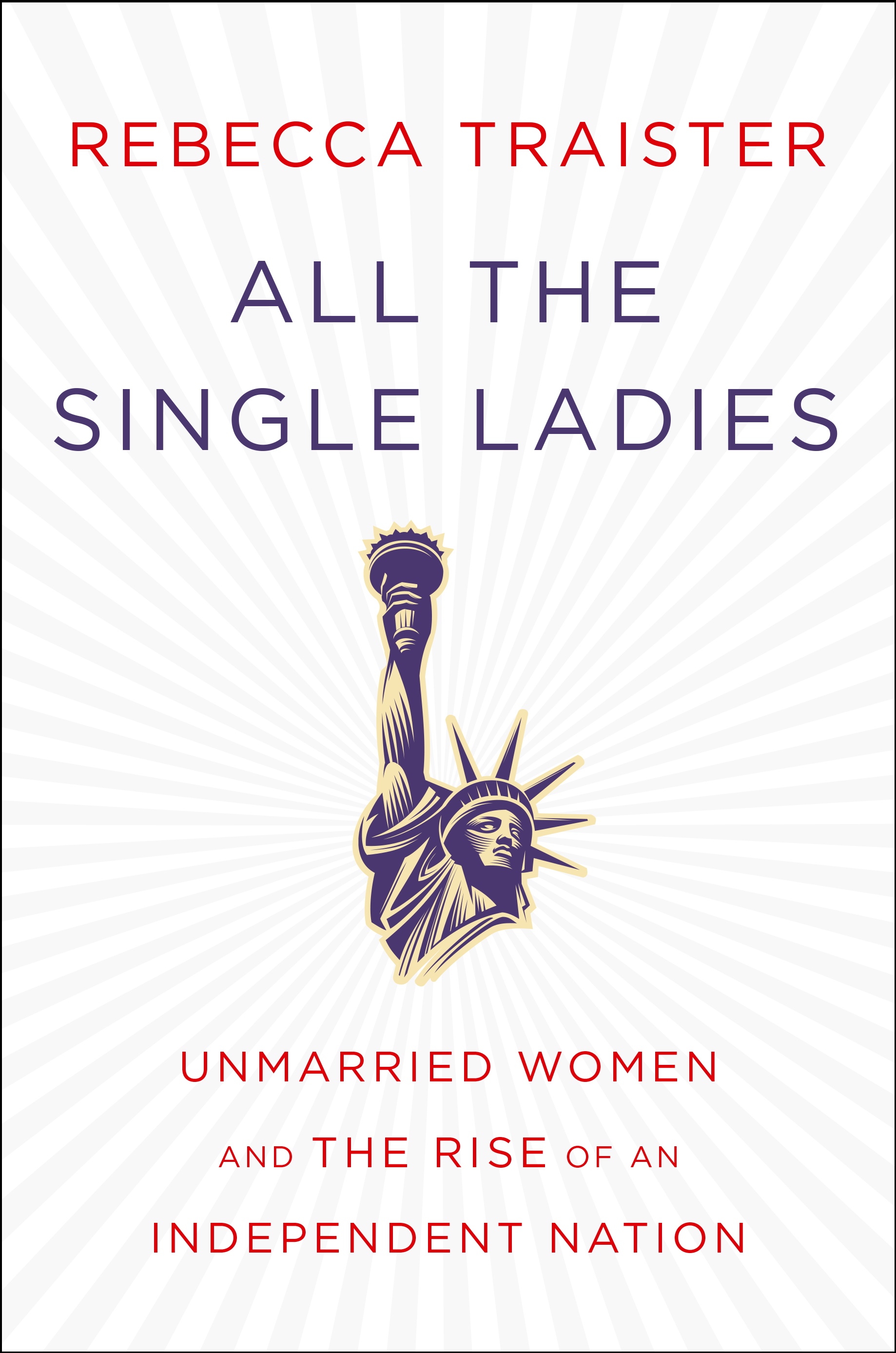 That describes your left hand, third finger: naked, uncovered, especially by anything diamond, platinum, or gold. Nope, no rings there, although it might not be so forever. Only you can decide but All the Single Ladies by Rebecca Traister may make you vow to keep it that way.

Back in Grandma’s day–and perhaps even for Mom–life’s path for most women included marriage. At some point in their early twenties, they were expected to give up careers or jobs they loved in order to be wed–and if that didn’t happen by a societally-determined age, well, then something was wrong.

In contrast, by 2009, less than 50 percent of American women were married; overall, we’re doing it later, too. In the meantime, unmarried women impact the way America works, votes, plays, spends, and sleeps together.

Women who are single (a word many hate) hold 51 percent of all management positions in this country, Traister says; conversely, nearly half of America’s minimum wage earners are unmarried females. The term “sexual harassment” entered our language because of a single woman at work, and a fictional working mom once became a political talking point.

Politics, in fact, and ultra-conservatives in particular, seem to fear single women economically, socially, sexually, and in childrearing, says Traister. Many of the country’s woes have been laid on the shoulders of single women but, as she indicates, pessimistic pols should beware before finger pointing: four years ago, unmarried women made up nearly a quarter of the voting population.

Unmarried women have redefined friendships because men were off exploring or at war. They’ve changed land ownership laws, increased the literacy rate, become activists to change policy, upended birth rates, and altered the way people approach the altar. They were half the reason “dating” is allowed, unchaperoned. They embrace higher education, relish their independence, love their freedom, and yes, sometimes mourn their aloneness and the poverty that can accompany the lack of a legal partner…

“I Never Will Marry” is more than just a country song, that’s for sure. It’s also a force to be reckoned with, as you’ll see in All the Single Ladies.

Starting with Anita Hill, author Rebecca Traister moves through women’s history with interviews, her own experiences, and little-known stories that illustrate how not putting a ring on it has made an impact on America in more ways than one.

And yet, it might seem, at first look, that this book is only about privileged college-age women, though Traister isn’t so limiting: also included are anecdotes from African American women, struggling single mothers, the Childless by Choice, and immigrant women bucking Old World trends and parental pressure. I liked that balance, which offers a more rounded read.

Beware that this is a gigantic subject; tackling it wholly would’ve killed an entire forest, so this book is a bit limited in scope because it has to be. Still, if you’ve wondered how “I Do” has become “I Don’t” and what that means, then All the Single Ladies has you covered.