The Yankees are the most decorated franchise in all of sports, with 27 World Series titles and 40 pennants to their name, and an iconic brand with an interlocking NY logo known around the globe. But even the world’s most recognizable franchise knows: sometimes, you need to mix it up. After all, what would the late 70s have been without Reggie Jackson, the self-proclaimed “straw that stirs the drink” who hit three homers in Game 6 of the 1977 World Series to lift the Yankees to their first title since 1962? It should come as no surprise then that the Bronx Bombers, along with Legends Hospitality, are adding a few big-time offerings to their menus this spring. Chow down on one of these new dishes to eat at Yankee Stadium and even if the home team doesn’t win, your day at the ballpark will be anything but a shame. 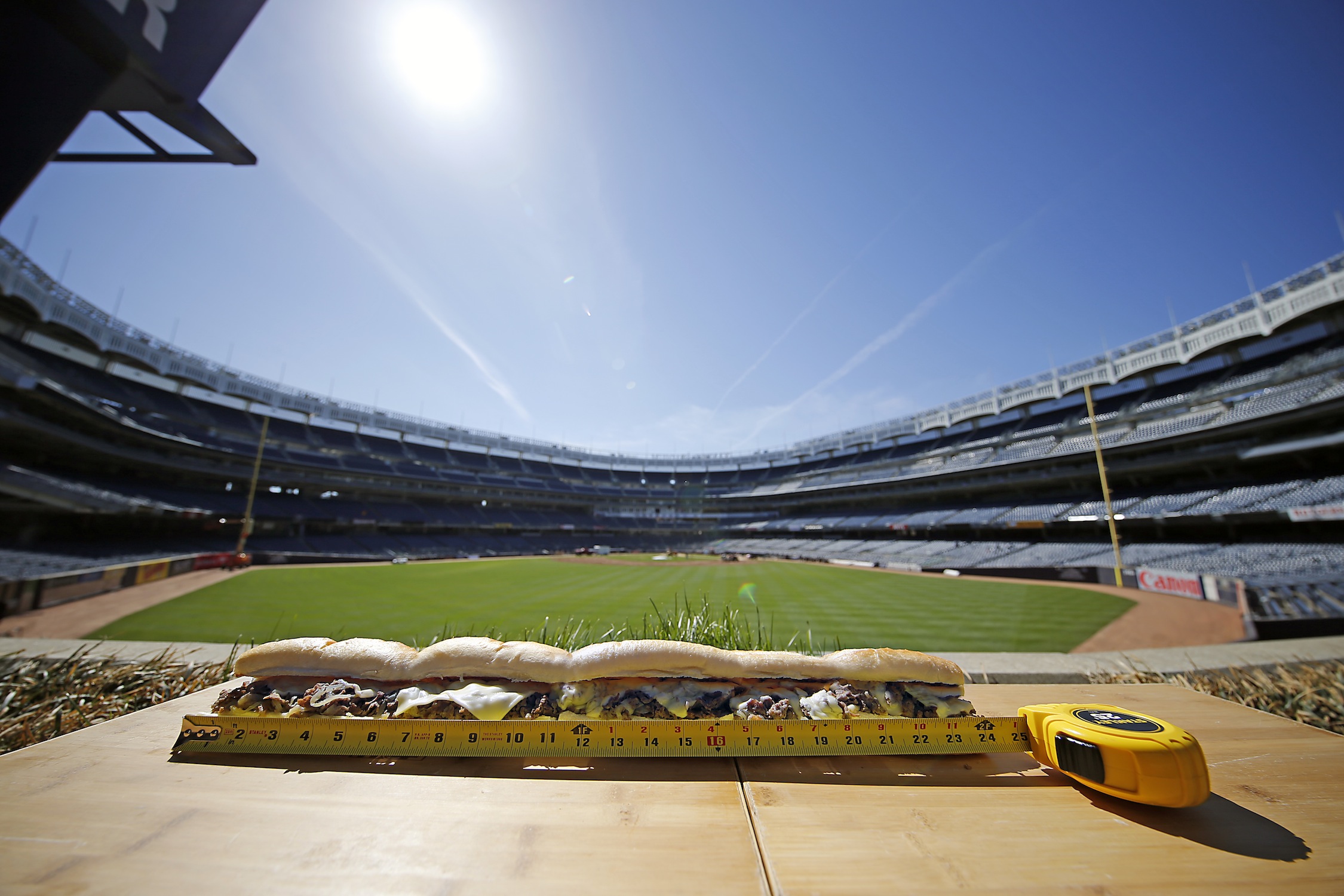 The Yankees and Legends Hospitality hit it out of the park with the Tape Measure Cheesesteak. image: kathleen petrones

There’s no doubt about this one: Legends and the Yankees hit it out of the park when they created the Tape Measure Cheesesteak, but a word of warning it’ll likely take teamwork to make the dream work if you want to finish the two-foot long sandwich. Topped with your choice of white American cheese or Cheez Whiz (and peppers and/or onions upon request) and served on a classic roll baked fresh daily, it’s a meal for your ballpark bucket list. Available at Carl’s Steaks at Sect. 107

G.O.A.T. (Greatest of All Time) Burger 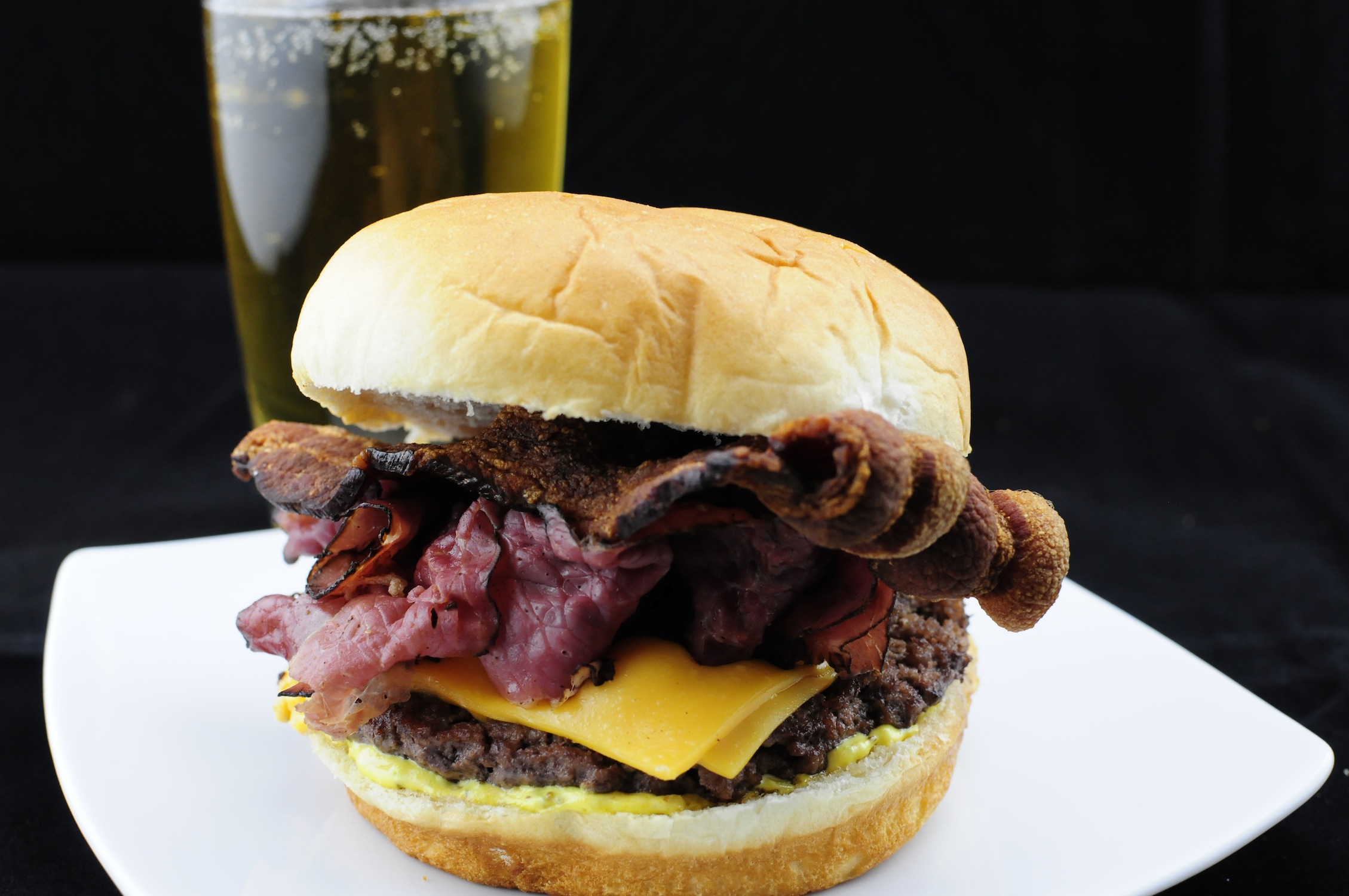 A meal that Babe Ruth wishes he were still around for. image: kathleen petrones

Fans still aren’t quite over the retirement of Mariano Rivera, who when it came to closers was hands-down the G.O.A.T. Eat your feelings by indulging in the G.O.A.T. (Greatest of All Time) Burger. The burger takes nearly every one of your favorite ballpark meat offerings, beef, crispy bacon and pastrami, and tops them with cheese and G.O.A.T. sauce for a meal that Babe Ruth (a top candidate for G.O.A.T. position player) wishes he were still around for. Available at the “Triple Play” Stand in Sect. 115 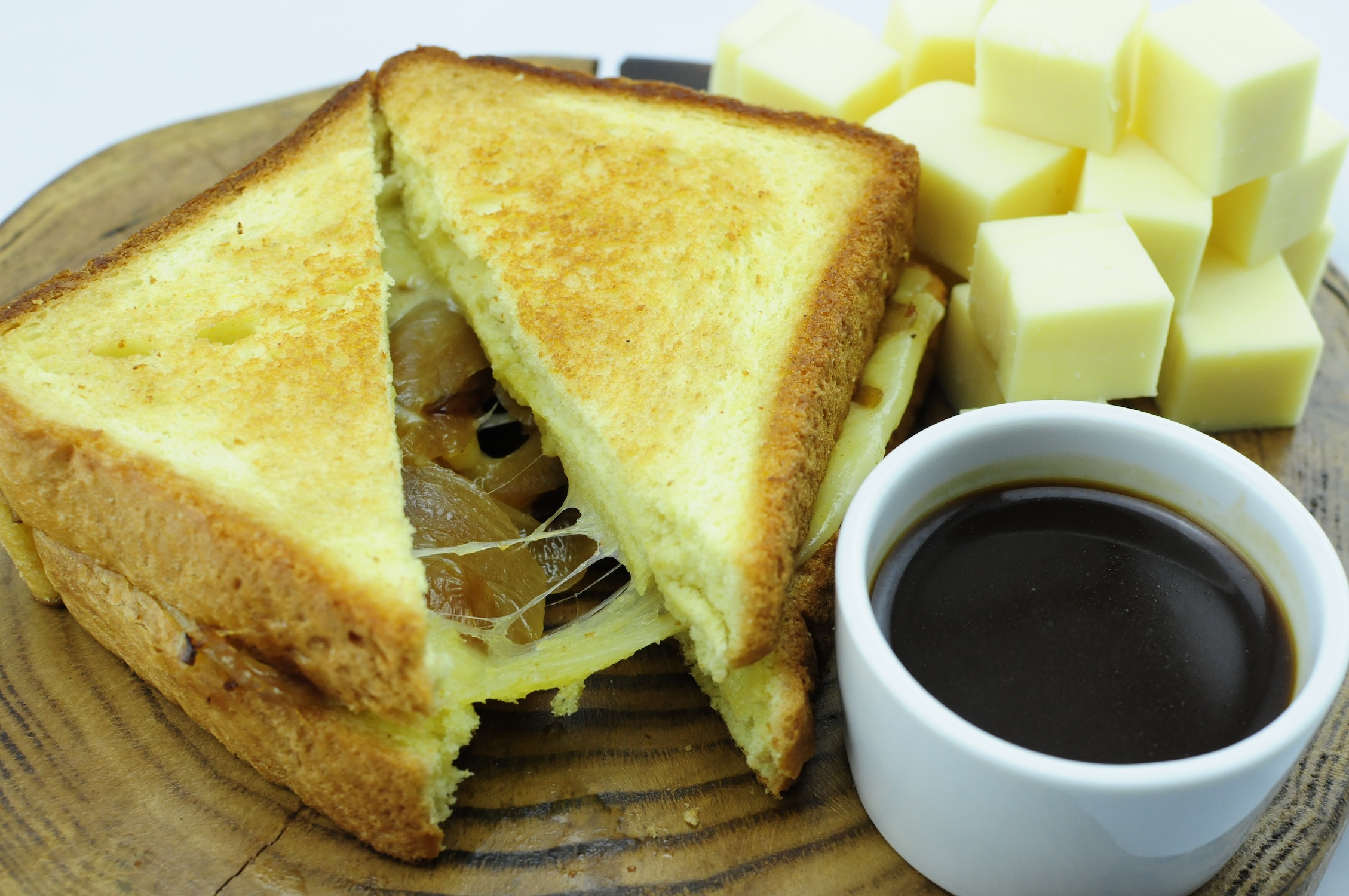 As Yankees play-by-play broadcaster John Sterling loves to say, “Sometimes, you just can’t predict baseball.” Sometimes, you just can’t predict the weather either so when you happen to choose a soggy or cold day to head to the stadium, make a beeline for The Big Cheese Grilled Cheese Stand. Choose from a variety of grilled cheese sandwiches made with premium, artisan and local cheeses like “Brisket and Bacon,” “French Onion” and “Classic Four-Cheese.” Available in Sections 107 and 227 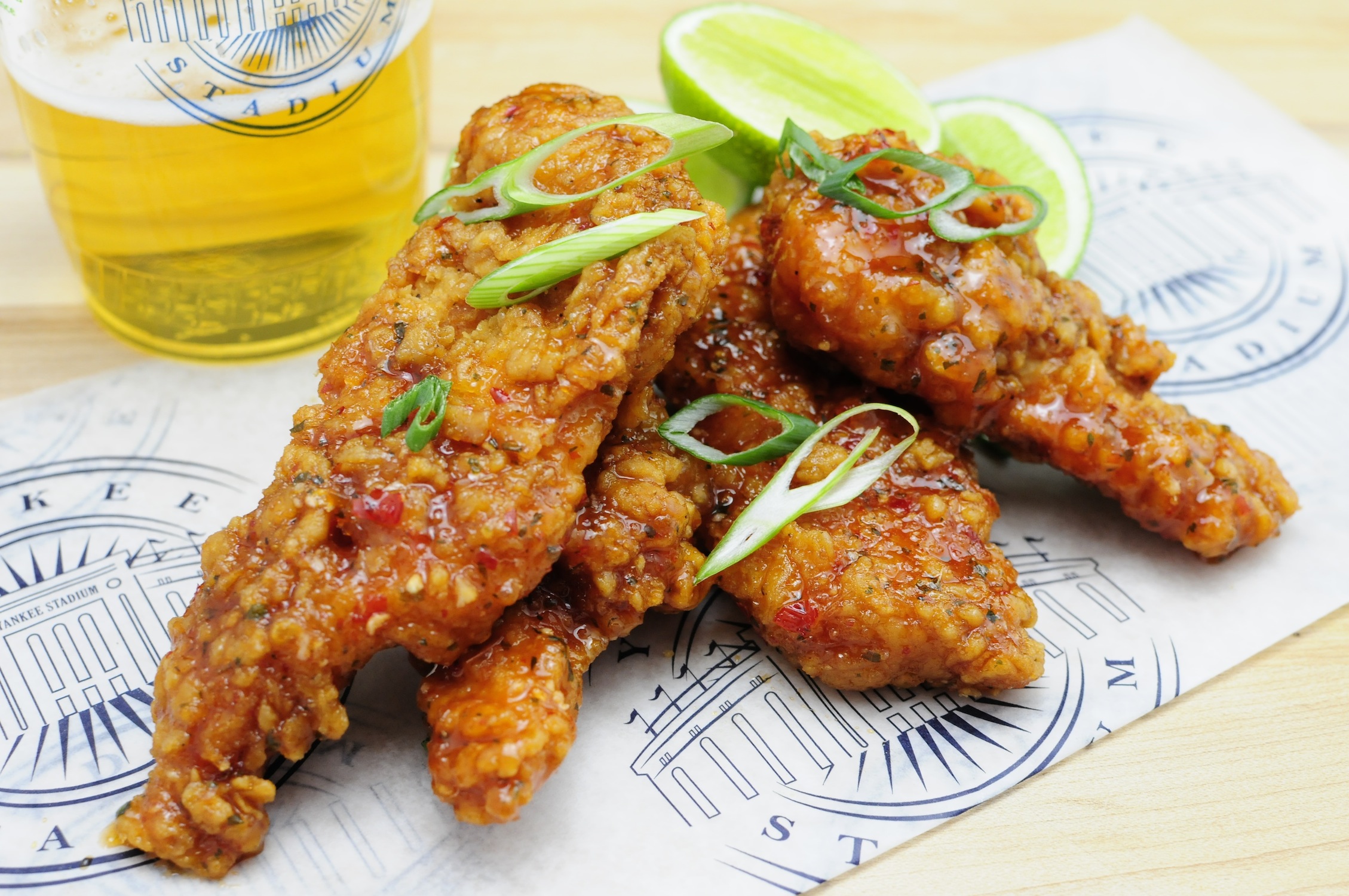 Legends and the Yankees have put a new twist on an old classic by introducing new sauces like Thai chili. image: kathleen petrones

Chicken fingers at a ballgame are a no brainer, but those who love creative twists on classics will want to give the stadium’s new sauce options like maple bourbon bacon, Thai chili and spicy buffalo, a curtain call. Prepare to lick your fingers without shame. Available throughout the stadium 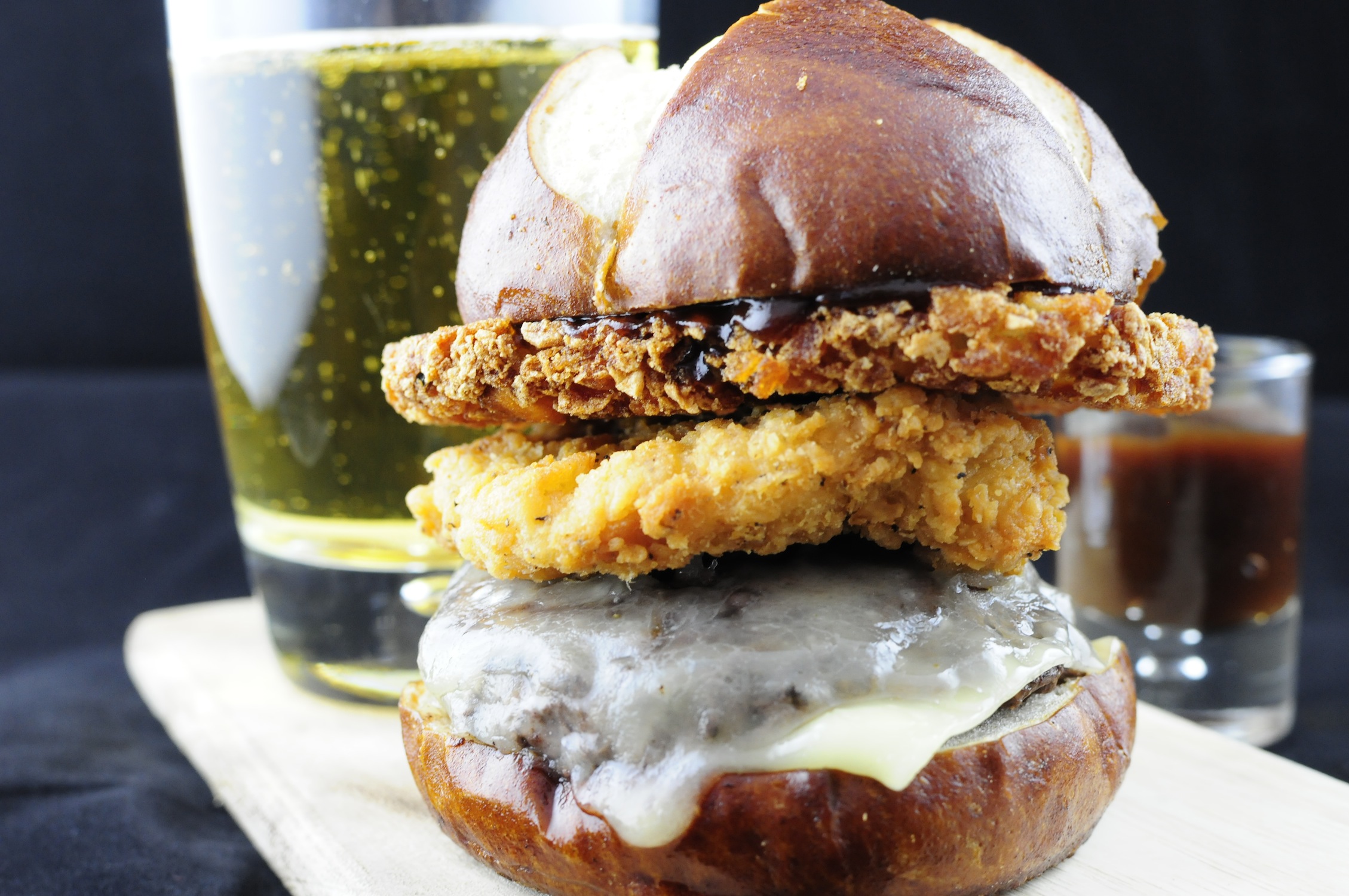 Can’t make up your mind between chicken or beef? Forget the meeting at the mound and get the best of both worlds with the Barnyard Wedding. image: kathleen petrones

If you can’t choose between fried chicken and a burger, don’t bother asking for a meeting at the mound and just splurge on the Barnyard Wedding. The mega-burger features custom-blend beef, a crispy fried chicken cutlet, shredded potato hash browns, BBQ and cheddar on a toasted bun. It’s so indulgent, you might have to bring in the closer to help you finish, but you probably won’t want to. Available at the “Triple Play” Stand in Sect. 115

You tell us: who’s got the better grub, the Yankees or the Mets? Let your opinion be heard in the Subway Series of food by leaving a comment or telling us on Facebook or Twitter. Headed out to the ballpark? Snap a pic of your food and tag @longislandpulse on Instagram, and learn why sipping wine at a ballgame is no longer a faux pas in our May issue.