There’s no food quite like New York Jew food–especially when it comes to brunch. The bagels! The lox! The babka! Whether you’re into the sceney or the classic we’ve got your kosher-style cravings covered with eight Jewish-inspired brunch spots boasting grub so tasty even your bubbe would give her seal of approval.

Recently opened in Williamsburg, The Regal’s executive chef Seth Levine opted to pay homage to his Jewish heritage by peppering his brunch menu with Jewish-inspired dishes. The Schwartz Benedict consists of poached eggs, crispy potato latkes, smoked salmon and hollandaise sauce, and the Smoking Salmon Platter consists of house-cured salmon, crispy everything bagel chips, cream cheese, sliced cucumber, sliced tomato, capers–similar to a bagel and lox with its own twist. They also serve Potato Latkes as a side with crème fraiche and salmon roe. Go. 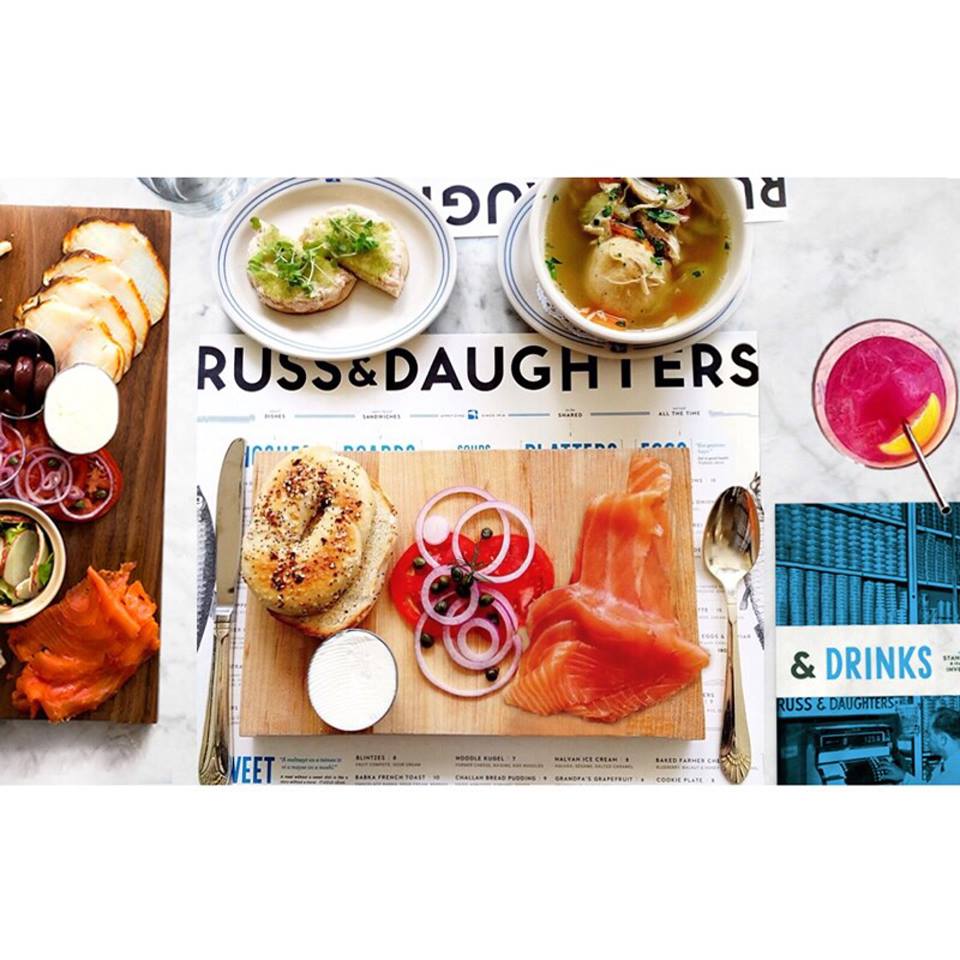 A spin-off of the fourth-generation run Russ & Daughters, this café which recently opened a second location inside The Jewish Museum, is an ode to all things Eastern European Jew food. Their so-called “noshes” include knishes, potato latkes, chopped liver, and pastrami-cured salmon. They’ve also got a variety of herrings, boards–including Yum Kippered which comes with kippered (baked) salmon, cream cheese, tomato, onion, capers and your choice of a bagel, bialy, rye or pumpernickel bread. Halvah ice cream, challah bread pudding, noodle kugel, babka French toast, honey cake, and blintzes are available for those with a sweet tooth (and a high tolerance for calorie excess). Go. 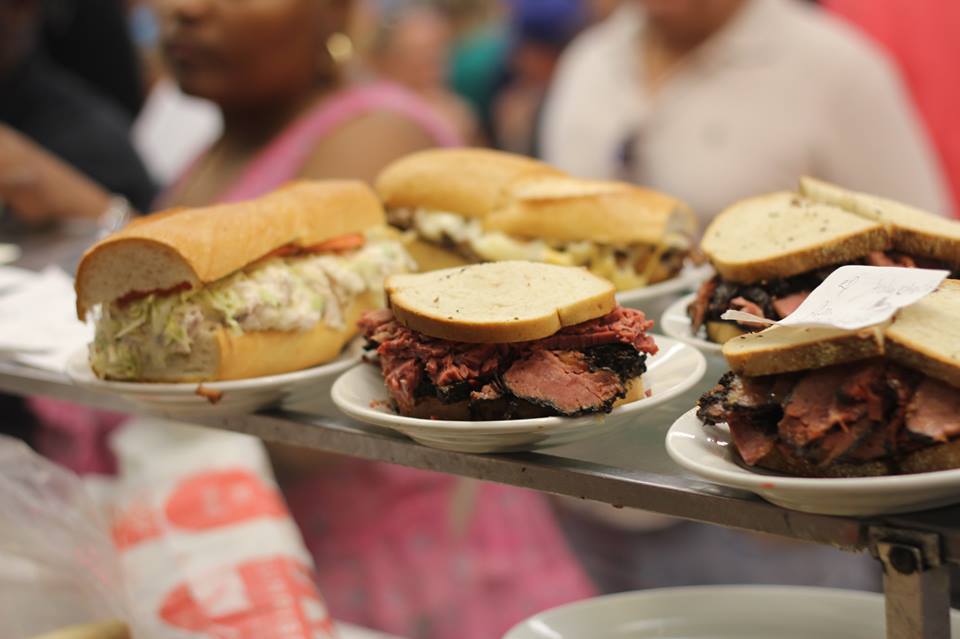 A veritable institution, Katz’s has been around way before gentrification took a hold of the Lower East Side and it shows in the frill-free, cash-only space. Note however that frill-free doesn’t mean cheap as Katz’s signature mile-high pastrami sandwiches will set you back a pretty penny. Go. 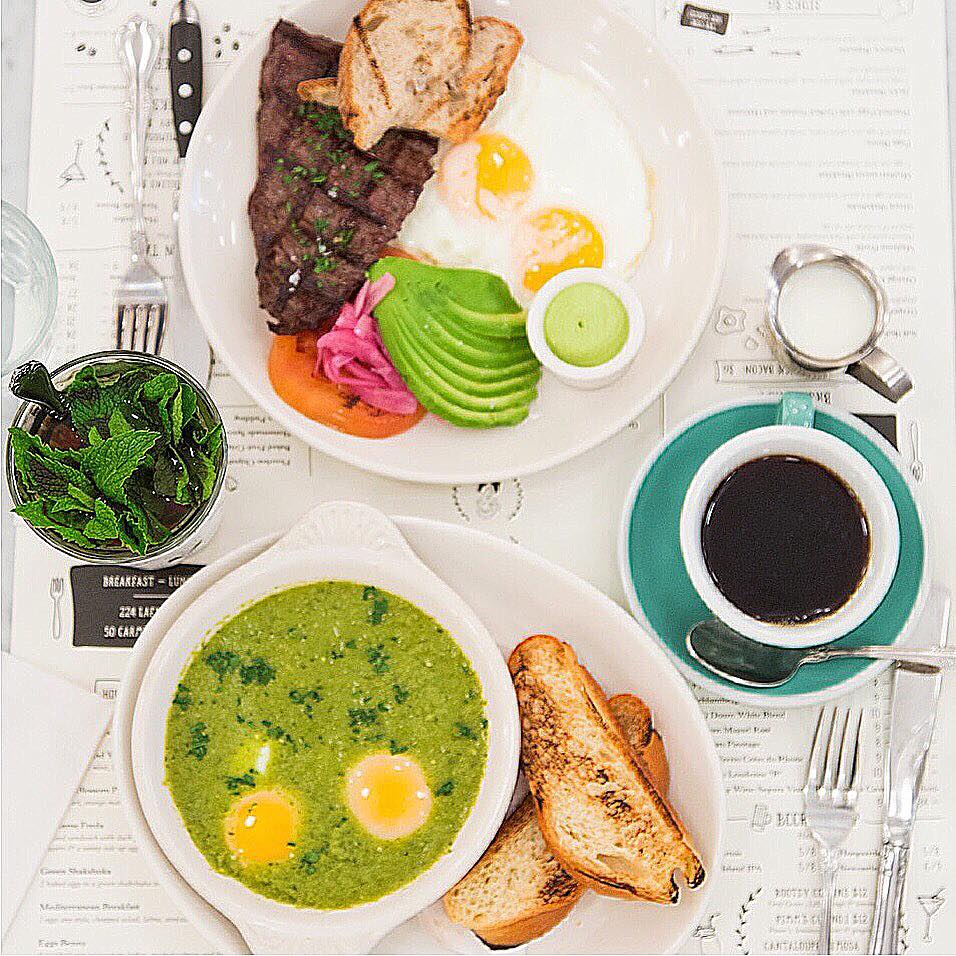 The ultimate in New York Ashkenazi Jewish cuisine, Sadelle’s serves smoked fish, housemade bagels (you get an unlimited amount with any order!), babka, rugelach, triple-decker sandwiches, oversized latkes cut like pizza pies, and pretty much any other staple you can think of. But this is no corner Jewish deli–Sadelle’s is owned by hot spot makers Mario Carbone, Rich Torrisi, Jeff Zalaznick, and Roberta’s baker Melissa Weller, which explains the high-brow touches (a Smoked-Fish Tower designed for four that’s the Jewish take on British High Tea), and well dressed crowd. Go. 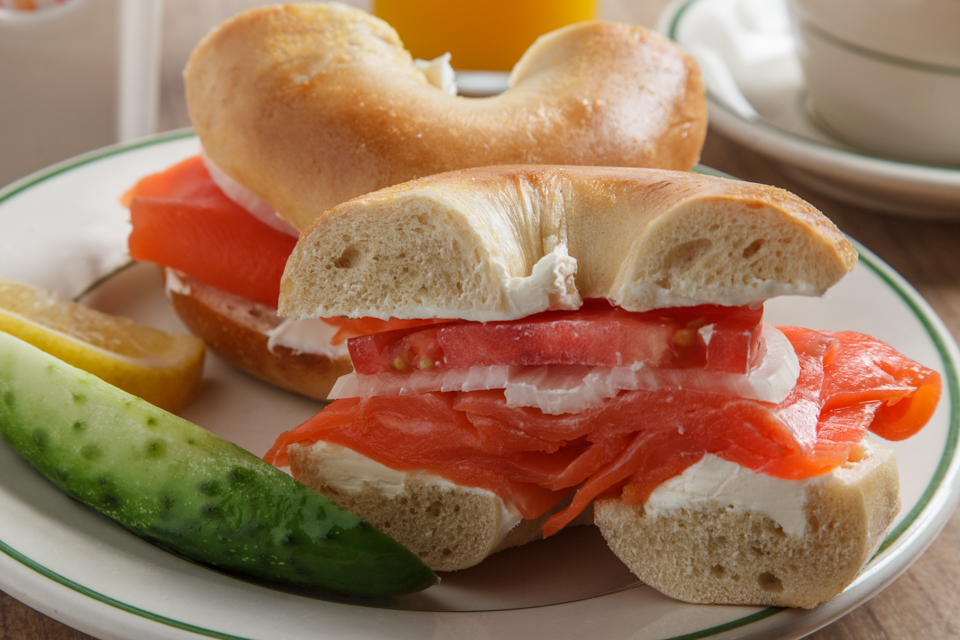 Businesses come and go, but Barneys Greengrass has been feeding New Yorkers for over a century in their no frills, old school dining space–and it’s not for nothing. A bonafide mecca of Jewish food, they’ve got all the classics including cheese blintzes, herring, chopped liver and, because this is New York, caviar options. But the real draw here are the bagels and shmear. Whether you opt for cream cheese topped with sturgeon, smoked salmon, or Nova scrambled with eggs and onion there’s literally zero chance for disappointment. Go. 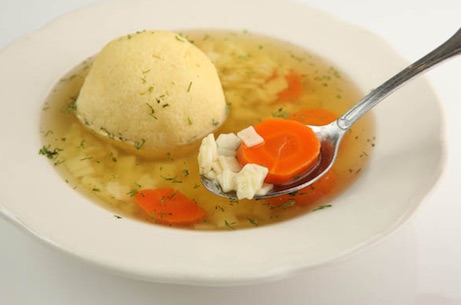 If the signage, written in Hebrew style letters, doesn’t convince you that this place is the real deal the plethora of shmears, potato pancakes, matzo ball soup, pickles, coleslaw, chopped meats, and mountains of pastrami, corn beef and tongue certainly will. In true Jewish style food is abundant so expect to take home leftovers. Go. 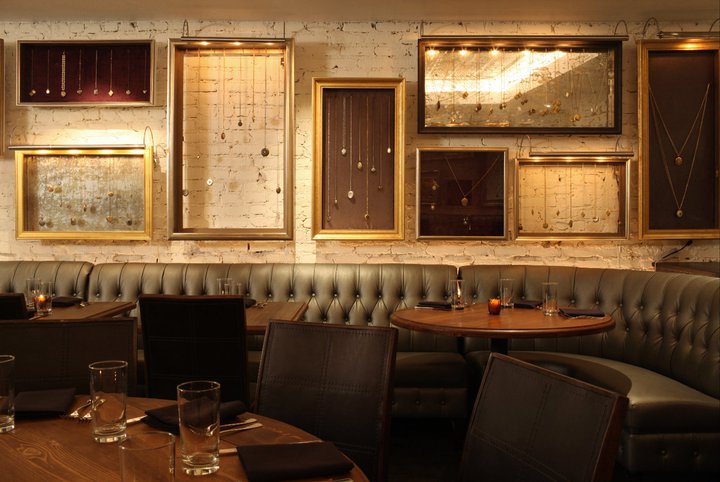 If you’re still warming up to the idea of noshing on Jewish fare head to this Lower East Side favorite that masquerades as a vintage pawn shop. Amidst the options on the eclectic menu is a Bagels & Lox Board. Go.