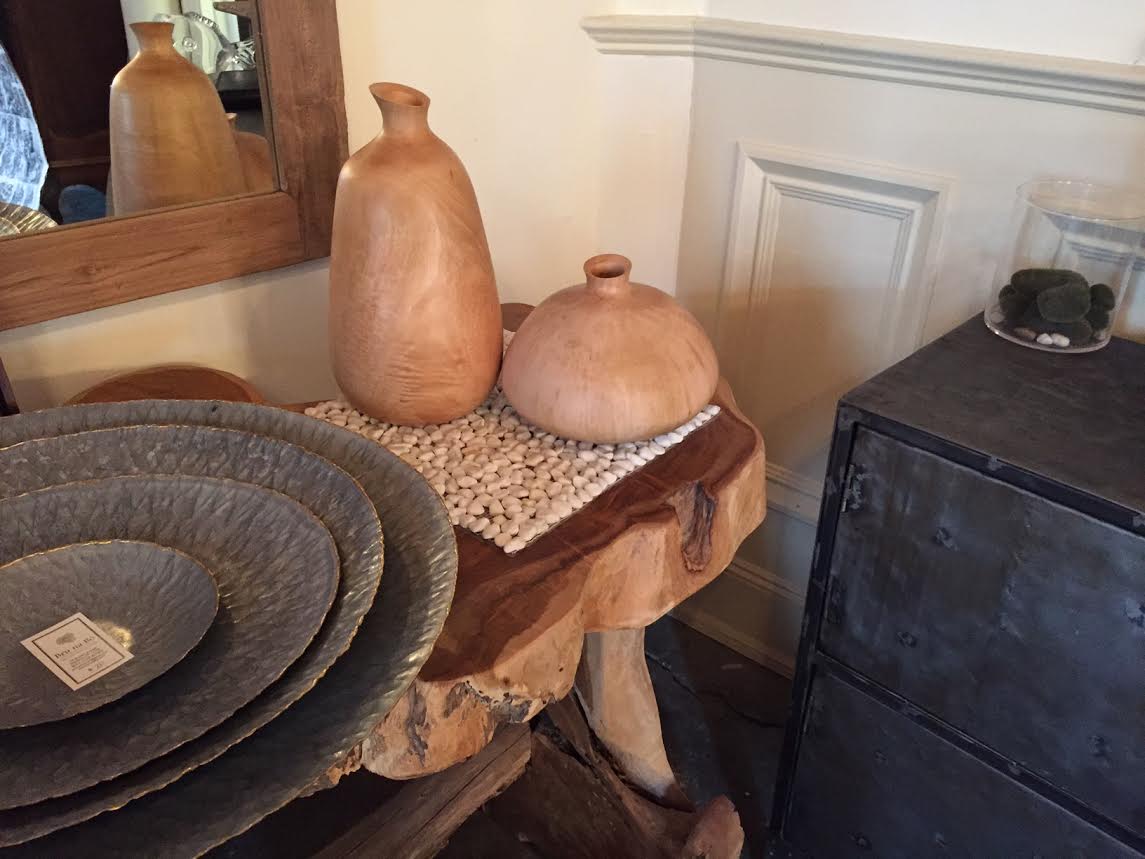 Everything at Brú na Bó is a conversation piece image: brú na bó

“I guess you could say I have a sense for form and design, for the authentic and the unique,” Reidy said.

When he was asked to look at the job of repairing a historic three story building that he had always admired in his adopted hometown of Northport (he is originally from Ireland), he jumped at the chance. Reidy quickly made a deal with the owner to lease the building. Initially, he envisioned a showroom for kitchens and baths, but as time went on and by taking inspiration from the building itself, he realized he wanted to create a space that was different—a place where artists, musicians and craftsmen could display and sell their work.

“I had an idea to create a store that would sell unique, one-of-a-kind, rare items—the kinds of things you can’t find in chain stores,” he recalled.

Brú na Bó was born, its name derived from a region in Ireland which contains the most important concentrations of prehistoric megalithic art and monuments, Brú na Bóinne. It’s also a nod to Northport—Brú na Bó translates to “Palace of the Cow,” a reference to Cow Harbor, Northport.

“Tying together the history of two beautiful places in this great building was important to my immigrant soul,” Reidy said.

Reidy, who also owns a general contracting business (Newgrange Structural Ltd.), gutted the space and left only the exposed brick and curved high metal ceilings. He spent a considerable amount of time designing the look and layout as well as deciding which pieces he would display and sell.

“Everything in the store is a conversation piece,” Reidy explained. “We always want to appeal to the consumer who is interested in having some history behind their furniture, unique and interesting pieces that come with a story.”

To that end, he sells many antiques as well as furniture made from sustainable materials, such as dining room tables made by local artisans from reclaimed wood; chairs created from reclaimed rubber or steel barrels; a kitchen table that was made from the trunk of a local fallen tree. He also sells tables, vanities and other pieces made from concrete as well as lighting fixtures.

Accent pieces are found throughout the store. Avoca blankets from Ireland are among the most popular items; candles, pillows and other small novelties are also for sale. Reidy and his team search for unique merchandise at trade shows; he also has a staple of local artisans who come to him to sell their wares, in addition to a few select importers.

Brú na Bó’s walls are lined with a striking display of artwork created by local artists such as Heather Layton, Kristina Stecenko and Mary Pippolo (who also designs pillows and bags). Many of these portraits are of musicians who have played during one of Brú na Bó’s celebrated “music nights” which feature live performances by national and international talents. For Reidy, a life-long music lover with connections to musicians both in the states and Ireland, offering these nights is a natural extension of his desire to make Brú na Bó more than a just a furniture store. 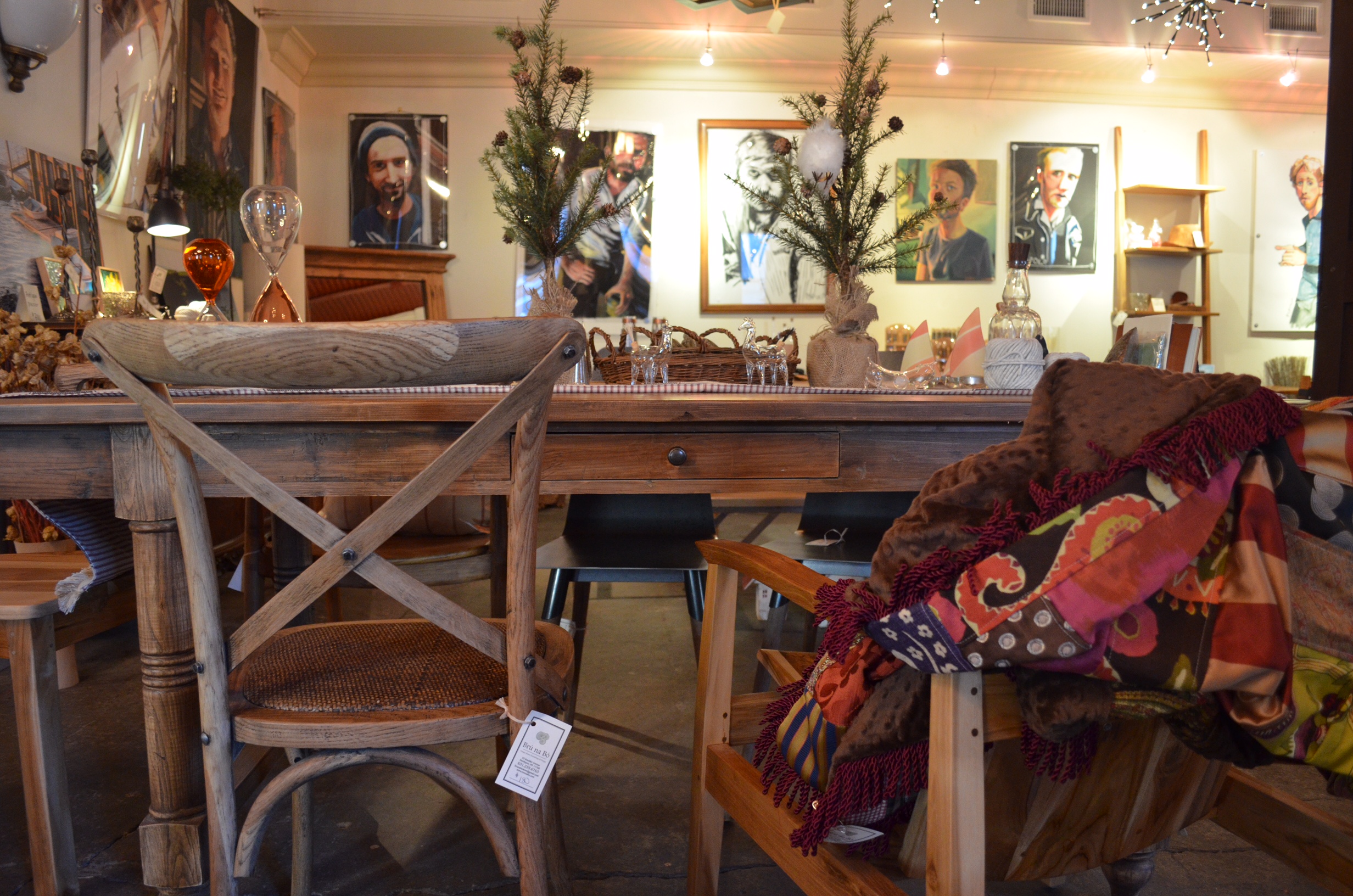 From bands to furniture, Brú na Bó is a place for discovery image: brú na bó

“We have a loyal local following of music lovers who come to hear incredible music in a very intimate space,” Reidy said, noting “many of these musicians are huge in Ireland and Europe. Our audience may or may not have heard of them, but they trust us and come out anyway. Every night is special.”

Reidy relishes the fact that these nights are “people focused events that bring together a local crowd to celebrate music. I’ve had many people come up to me after a show to thank me and say it was one of the best shows they’ve ever been to—I’ve heard that from both the artists and the listeners. That’s good enough for me.”

Among the many talents that have played in the store include Bell X1, The Hot House Flowers, Mick Flannery, Mundy, Colum Mac Con lomaire, Brendan O’ Shea and Roesy.

Looking to the future, Reidy hopes that Brú na Bó will bring in more artists, musicians, craftsmen and unique furniture: “more of the same, and better—we learn as we go and as we grow.” Brú na Bó is a labor of love as well as an artistic outlet for Reidy. And for the rest of us, it is a place of wonder and discovery.