Television series based on popular films are always a sketchy proposition. It’s no guarantee that the magic that made a film connect with audiences in a two-hour, contained format can translate into a long-form, weekly storyline. Shows like Stargate SG-1 and, more recently, Limitless have proven that it most certainly can happen very successfully. Syfy now has a show that has not only honored the original, but expanded and surpassed the it in provocative and unexpected ways. 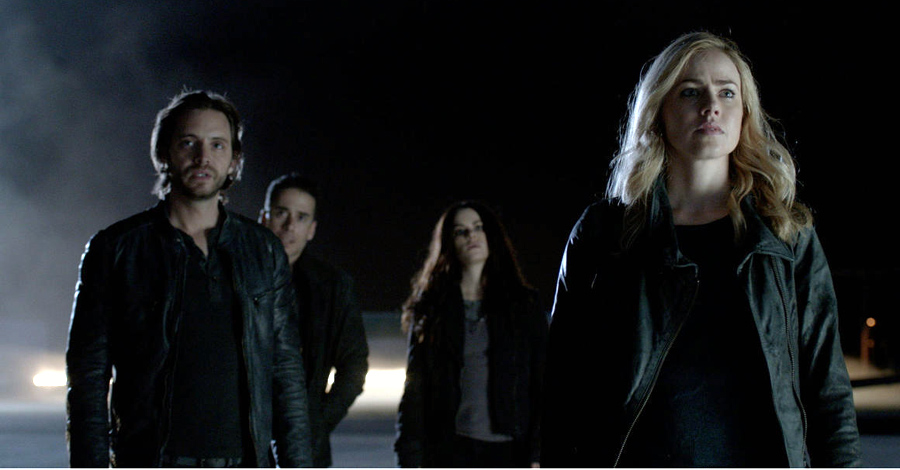 12 Monkeys begins with the basic premise of the film, but becomes its own thing by the first season finale. In the year 2043, James Cole (Aaron Stanford) is sent back in time by Dr. Katarina Jones (Barbara Sukowa) to discover the origin of the plague, the only clue they have leading him to 2015 and a Dr. Cassandra Railly (Amanda Schull). Cole also encounters the seemingly-deranged Jennifer Goines (Emily Hampshire), daughter of the man possibly responsible for originally creating the plague. Cole’s best friend, Jose Ramse (Kirk Acevedo) is conflicted about the whole mission as stopping the virus and rewriting history also means that Ramse’s son will most likely be erased from history. In the meantime, the facility where the time travel machine is housed is a prized sanctuary under threat from a gang lead by the brutal Deacon (Todd Stashwick). 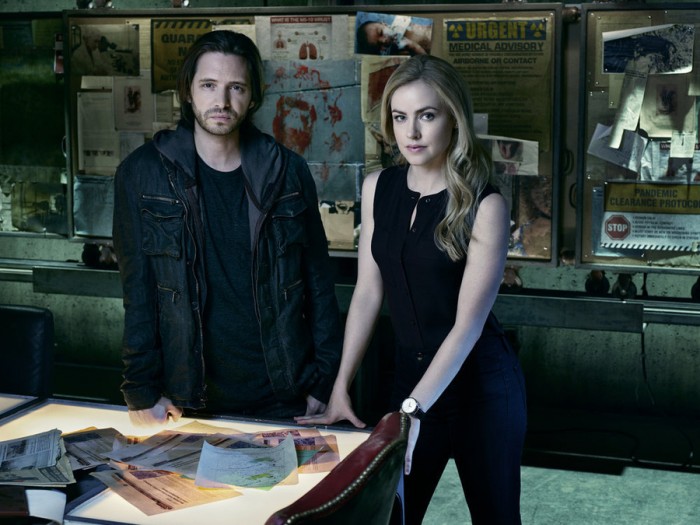 As the first season ends, Ramse has betrayed the future by travelling to the past and helping further the agenda of the Army of the 12 Monkeys with his knowledge of the future. It is revealed that the group has created the time machine used 30 years hence and, in a final confrontation, Ramse and Railly are shot, the latter seemingly mortally so. Cole uses the machine to send her to the future in the hopes that Jones can save her and then he and Ramse escape the destruction of the facility that will make the machine inaccessible for a few decades. Railly arrives in 2043 just as Deacon and his crew attack and seize the facility. While that may read like a confusing scenario, it satisfactorily ended the first 13 episodes while tantalizingly leaving everything up in the air. 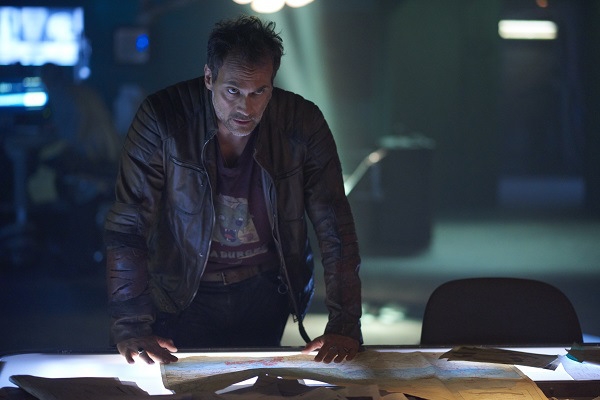 Season two picks up a few months after the first finale. In 2016, Cole and Ramse have an uneasy truce, with both being on the run from the Army while still trying to find the origin of the virus. A similar truce holds in 2044 as Deacon and his gang have basically become the armed security for the time travel facility while Jones and Railly plan their next move and best point to go back to the present. A new mystery and quest is put into play as group seizes control of the time machine to send teams of acolytes into unknown points in the past for undisclosed, but definitely malevolent, reasons. By the end of the season premiere, all the characters are in different places than they were when the show began and alliances are shaken and rearranged. Things only get crazier from there. 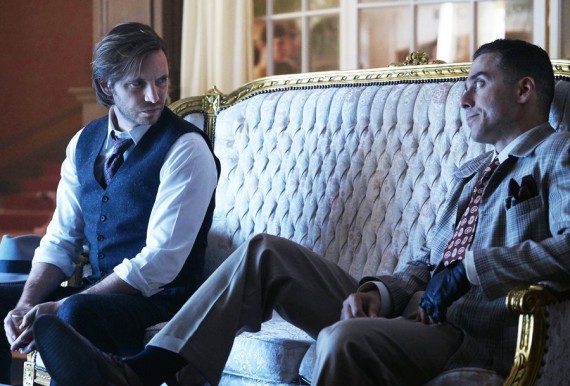 The first eight episodes of this season contain more twists and turns, not to mention deep, philosophical examinations of the nature of time travel, than most shows accomplish over multiple seasons. Indeed, there is point at which you realize that time itself has evolved from a concept to a character and may actually have more to do with some craziness going on than previously thought. This season explores the ramifications of changing the present by showing how and why it affects the future. This was touched on last year, but has more permanent effects this time around. We get to see what paradox means in this universe and how it affects our main characters or, more accurately, how it doesn’t affect them as they are not changed, but the world around them is. And just when things seem their darkest, there is a moment of renewed hope that is one of the most beautiful things ever done on television. 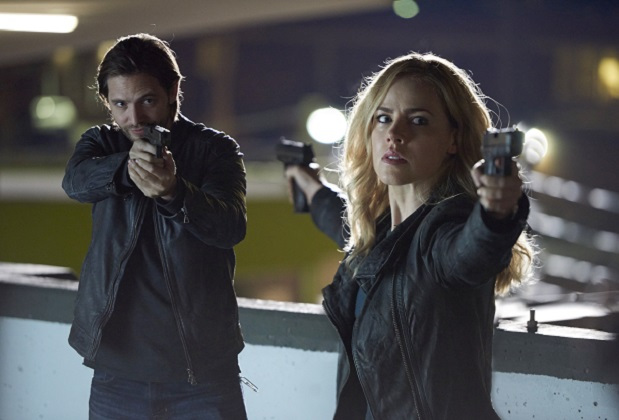 The writing for season two is phenomenal on this show. You can tell the writers have a clear destination in mind, but are following an intricately entertaining roadmap along the way. All of the actors do a wonderful job with their characters, especially as they are all allowed to grow and be changed by the continually changing circumstances around them. These are not cardboard people whom you can expect to behave the same week after week; there is no big reset button at the end of the hour. You have to pay attention and keep up with the story and the characters, but that is what makes each episode so fascinating. This is a high-concept series that rewards the faithful and lures in new fans in equal measure. I have no idea where the show is headed at this point and that only makes the wait between episodes more agonizing. Expect the unexpected and tune in to a truly original show.