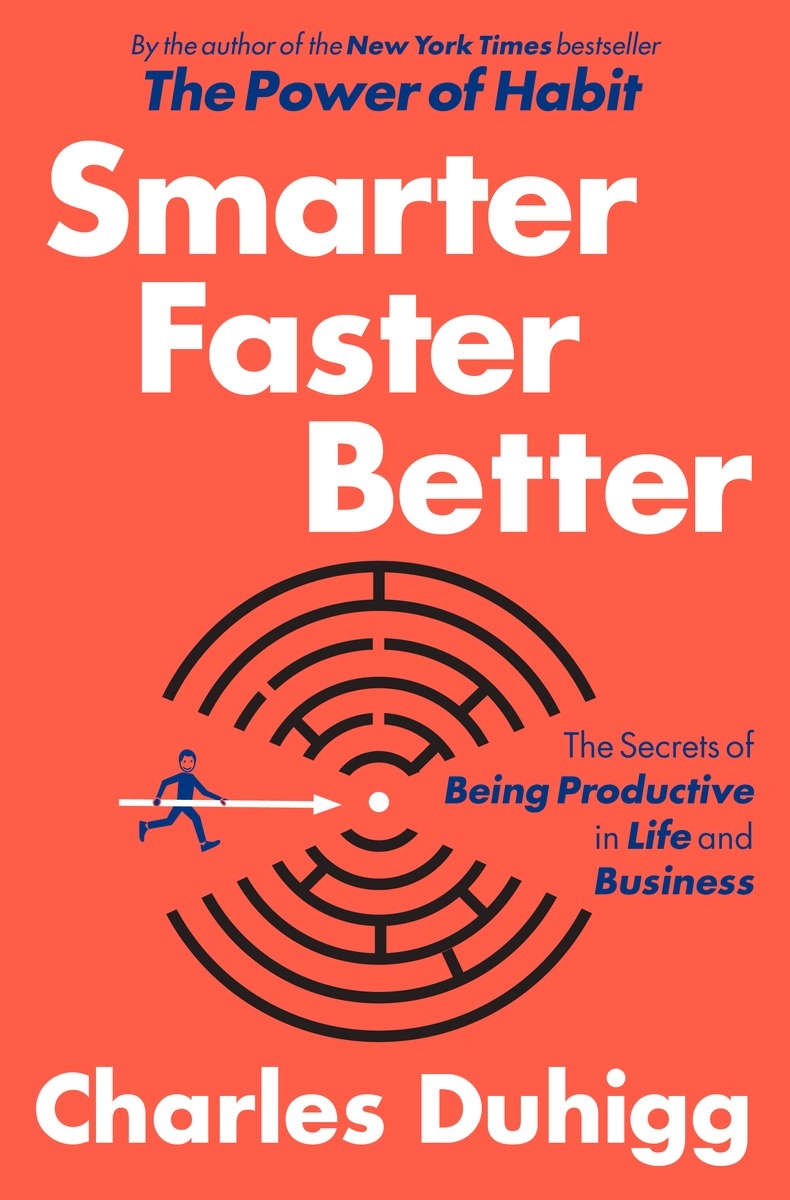 He does more in a morning than you do in a day-and-a-half. He answers all emails with efficiency, keeps phone calls to a minimum, his clients love him, the competition wants him, and you’re pretty sure he’s more powerful than a locomotive. So what’s his secret? In Smarter Faster Better by Charles Duhigg, you’ll see that “S” beneath his suit doesn’t just stand for “super.”

It’s a question that’s plagued humanity since the Beginning of Time Cards: how is it that some people are more successful and productive than others? Why can they get more done in twenty-four hours than you can?

After receiving a surprising email from a super-productive fellow author, Charles Duhigg wondered that same thing. The answer, as he came to see, is in seven parts.

Productive people, first of all, know how to motivate themselves, which “is triggered by making choices that demonstrate… control.” They also can clearly determine the “why” for their actions.

In a team setting, productivity zooms when individuals are allowed to speak without fear of fallout. Team members don’t have to be close friends, Duhigg says, but they do need to understand that the others got their back.

While focus may seem to be a productive thing, Duhigg says that it depends on the type of focus. “Cognitive tunneling” can cause projects to crash. Reactive thinking may be too rash. Instead, “cultivate a habit of imagining” the way things can and should be.

Set goals, but learn how to make them both SMART and stretchy. Manage wisely by letting the person “closest to a problem” be in charge of fixing the problem. Learn to make decisions by becoming a prognosticator. Look to your own life and experiences to spark innovation, but don’t panic if chaos ensues for a short time and don’t let a good idea hide a better alternative. And finally, learn how to absorb data by eating the metaphoric elephant, one bite at a time.

So many tasks, so little time? You won’t feel that way again, once you’ve read and applied Smarter Faster Better to your work and life.

Author Charles Duhigg indicates in several places in his book that humans learn by telling stories and that’s exactly what he does here: to illustrate each of his seven main points, Duhigg employs tales from Toyota, Disney, the FBI, technology, medicine, the Marine Corps, and other businesses and organizations. Those anecdotes clearly show how each brain-trick leads to achieving what needs to be done, and how they fit in with the other six methods. What’s especially nice is that these are all productivity boosters that you can employ immediately after reading them and that you’ll get better at, with practice.

If you’re thinking ahead to graduation, this is a great book to give. It’s the perfect shape for that empty spot on your bookshelf. If you want success to be your super power, then Smarter Faster Better may help you leap over the competition in a single bound.