HOW FAR WOULD OUR SOCIETY GO to legislate people’s private lives? What is this thing called love? How far would you go to attract a mate? How much would you sacrifice for the one you truly love? What kind of animal would you like to be? These are just a few of the ideas explored in Yorgos Lanthimos’ alternately hilarious and unsettling new film, The Lobster.

For his first English-language feature, the Greek filmmaker, whose 2009 effort Dogtooth was nominated for an Academy Award (Best Foreign Language Film), has imagined an alternate universe that is at once wonderfully preposterous and worryingly familiar.

In the world of The Lobster, it is illegal to be single. When his wife leaves him for another man, David (Colin Farrell) is sent to The Hotel, a bizarre cross between a luxury resort and a prison camp where he has 45 days to nd a mate amongst his fellow prisoners. Anyone who fails to nd a partner in the allotted time will be transformed into the animal of his choice, though prisoners can earn extra time by participating in nightly hunts of the Loners, a band of single rebels who live in The Woods and forbid their members from having romantic attachments. 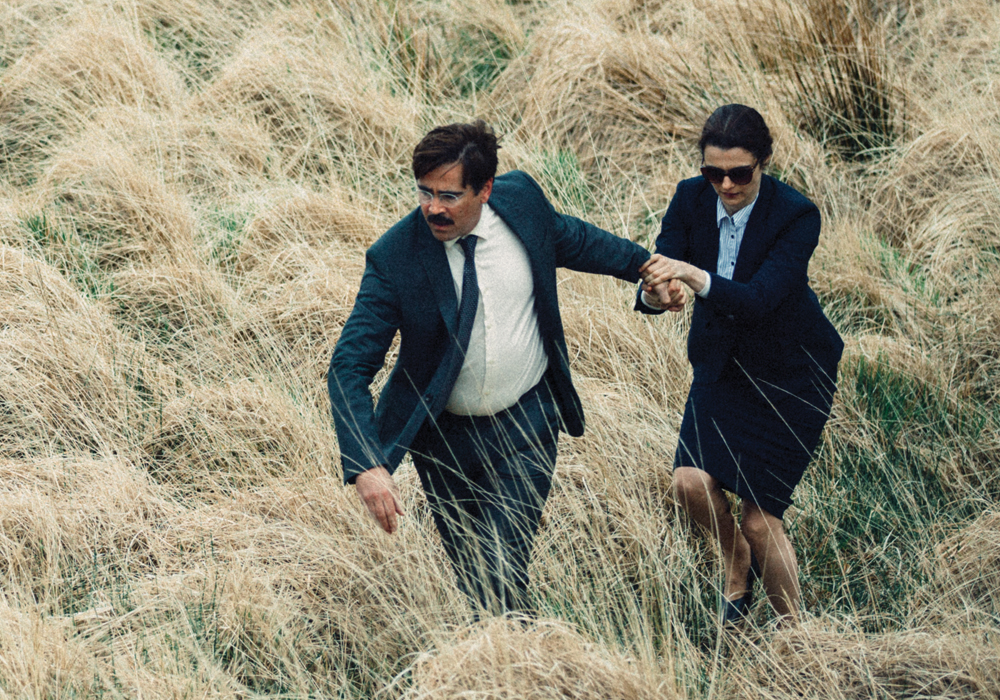 Although Lanthimos does push his witty satire to delirious heights of absurdity, it still rings true thanks to the incredible detail with which he constructs his cinematic vision. In a manner reminiscent of filmmaker Terry Gilliam, Lanthimos has imaginatively created a possible future where some of our current realities have been pushed to terrifying but logical extremes.

The lm’s humorous excesses are grounded in real human emotions by the excellent ensemble, highlighted by Colin Farrell, wonderfully cast against type as the nerdy David. Rachel Weisz brings her trademark intensity to playing David’s lover, John C. Reilly is the most desperate of prisoners and Léa Seydoux is the terrifying, authoritarian leader of the Loners.

There are parts where the lm feels oddly airless and mechanical, like an elaborate clockwork machine simply playing out a pre-programmed scenario, but just when it seems to be winding down, Lanthimos jolts viewers with hysterical comedy or a sharp blast of emotion. The Lobster may not be perfect, but it is thought provoking and oddly moving.

When David nally does meet someone to love, he quickly discovers that she is not a simple solution to his legal problems, but is instead the beginning of a stunning odyssey of survival and romance. Although The Lobster begins as witty social satire, it ultimately turns inward to probe the desires and rituals that cause us to dedicate our lives to another person and ends with a romantic sacrifice that is simultaneously passionate, shocking and disturbingly ambiguous.