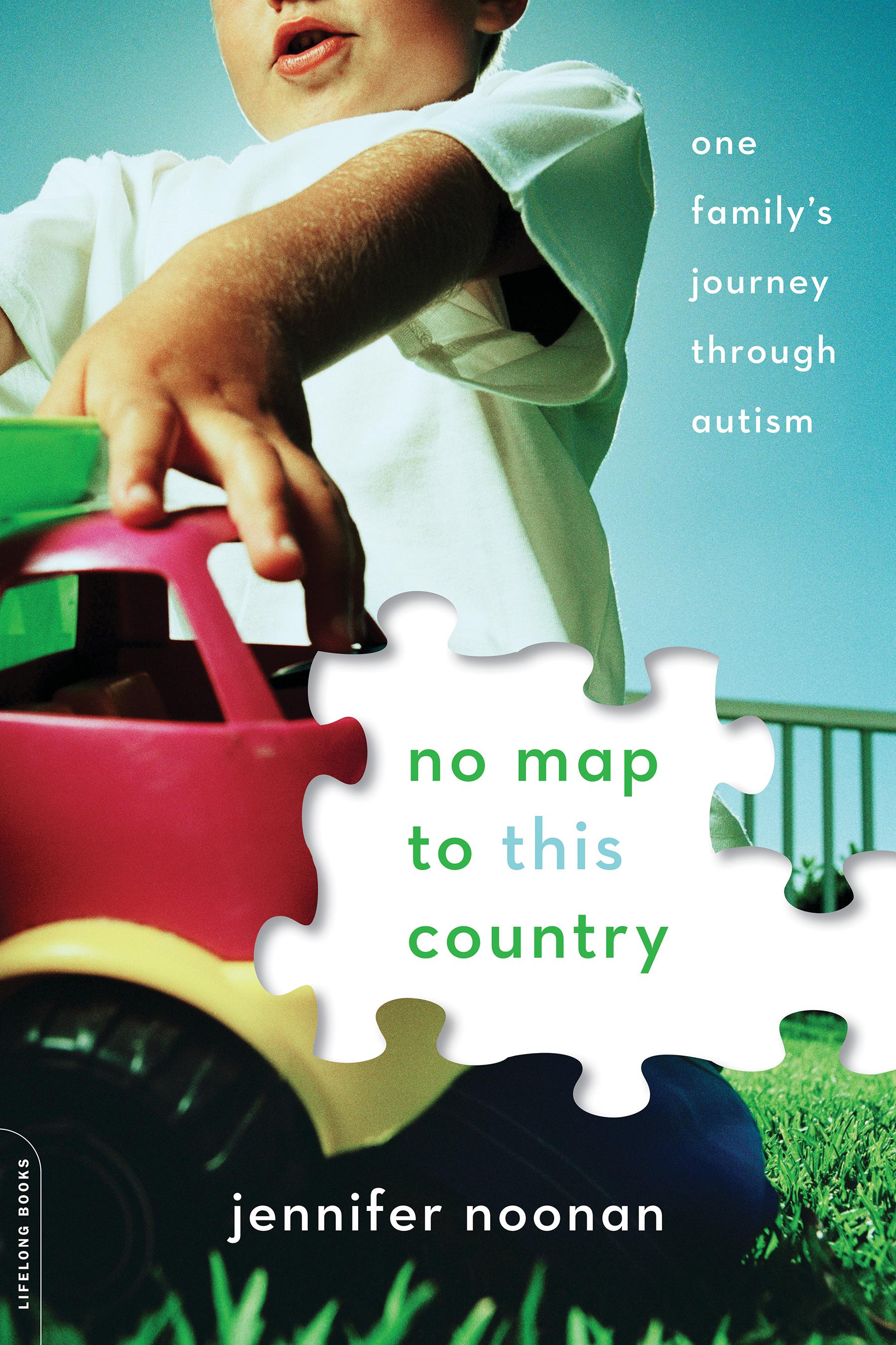 You’re not sure, because you need to get your bearings before you head off in the wrong direction or take a bad detour. It’s a trip you never wanted and the road is bumpy but, as in the new book No Map to This Country by Jennifer Noonan, you might be glad you don’t know where you’re going.

After a year of fertility treatments, twenty hours of labor, and a C-section, Jennifer Noonan finally gave birth to a beautiful son. She was instantly in love–and blissfully unaware that what she endured during his conception and delivery had raised the statistical chances of autism for her child.

It didn’t take long for the symptoms to manifest themselves–Paul was fussy and prone to long screaming sessions almost from birth–but neither Noonan nor her husband knew what was to come. They figured Paul’s screams, his odd crawling method, and his extreme separation anxiety were normal.

By the time he was two, they knew they were wrong.

When he talked, Paul communicated by echolalia (a flat repetition of words or TV scripts). He was a tornado in a toddler’s body, never seeming to stop moving, and his screaming fits lengthened in duration. Noonan was often confined to the house; taking Paul out was sometimes problematic, as was bringing him back and by then, Noonan also had an infant daughter along.

When someone mentioned autism, but she didn’t quite believe it until a meltdown at a birthday party shined light on her son’s differences.

Noonan began searching for answers, beseeching doctors for help, and looking online for information. Encouraged by what she discovered, she changed Paul’s diet radically, but it wasn’t enough. She tried other therapies and sought experienced doctors who understood autistic children, fought to land the right school for Paul, and advocated surgery when she knew it was needed.

And everything she did for her son, she also did for her daughter–because Noonan’s little girl showed problematic signs, too…

Let me start here: if you’re the parent or caretaker of an autistic child, I have absolutely no doubt that it won’t take long before your copy of No Map to This Country is dog-eared, highlighted, and marked-up. It’ll be battered and well-loved because author Jennifer Noonan writes about ideas that worked for her family, theories that didn’t, frustrations, comforts, camaraderie, things you can do to help your child, and a wealth of things you may be experiencing. Noonan will even make you chuckle now and then, in between the teeth-gritting episodes.

On the other hand, there’s fodder for argument: not-so-kind statements made about medical and insurance personnel, discordant blanket condemnations, and things that rather gave me pause. They didn’t negate the nitty-gritty of this memoir, but the memoir didn’t generally need them, either.
Still, parents of autistic children may find succor here, just the same. They may find info that can only help–and if that’s what you need, then No Map to This Country is another outlet to turn to.