The sun was going down as I took the slow, winding, backwoods drive on Parnassus Lane in Saugerties. I saw myself in Levon Helm’s shoes, sporting Robbie Robertson’s specs, with Rick Danko’s Ampeg fretless bass slung around my neck. Garth Hudson’s mournful organ chords washed and wafted through the oaks and evergreens, and Richard Manuel’s high lonesome harmonies were carried on the whistle of the whooping cardinals.

As I got closer to my destination, the sign said “Private Property.” I stammered, stalled, then took myself by the hand and pressed on. “The woods may be private but the road ain’t!” As I got to a steep, uncertain curve, the gravel disappeared behind a thicket of yellow flowered shrubs. A woodpecker did paradiddles high up in a tree, and the ghosts of Woodstock saddled up next to me. Stone still, with my destination just around the bend, I realized this ghost chasing was unnecessary. I could’ve stayed home because the brilliant sound of The Band, the very sound and soul of American roots rock, is alive and well and on its way to Huntington.

The music of The Band is carried on by Jim Weider and his project The Weight, which performs Saturday night May 7, at the Paramount. Weider played with The Band after guitarist Robertson’s departure, and he’s the strongest link to the The Band’s legacy of rootsy, rural, knockdown, drag out, authentic shit kickin’ rock ‘n’ roll. He’s joined by other veteran leaves of The Band’s expansive tree including Randy Ciarlante, who played drums side by side with Levon in The Midnight Ramble Band up until Helm’s passing in 2012. Brian Mitchell, Marty Grebb and Albert Rogers, all of whom have worked with original members of The Band at some point in their careers, round out The Weight. So the sound is real and the ties that bind are too. It’s this type of family vibe that Weider focuses on when breathing more life into The Band’s music. After all, what’s roots music without roots?

“The Band’s music is home to me,” Weider said. “I grew up in Woodstock, where the music came from and where The Band started. It’s the Woodstock sound. The sound of the mountains, the forests, the working man. The songs will stay with us all forever, and I’m very proud to keep the music going, which is what Levon, Rick and Richard would have wanted.”

As I inched up the path, half expecting a zombie apocalypse moment, the best the Band has to offer came to me in flashes. The thick stomp of Levon’s opening to “(Baby) Don’t Do It.” Danko’s plaintive vocal on “It Makes No Difference.” Robbie trading licks with Clapton on “Further on up The Road.” Richard’s horrifically sad “Tears of Rage.” Garth’s earth shaking intro to “Chest Fever.” Dylan’s low rumble, road weary, fever dream lyrics on “Yea Heavy and a Bottle of Bread.” All those slips of fabric, those frayed pieces of the quilt, seemed to shimmer in the breeze, just like those yellow leaves.

With all that in my head and heart, and with all that and more to look forward to on May 7, I pressed on in the last steps of my pilgrimage. Just like Levon’s journey up the Mississippi from the cotton fields of Arkansas to the bar circuits of Ontario. Just like Robbie with his childhood ear bent towards a faraway Nashville radio station. Just like Dylan shaking off the Minnesota frost of his youth to discover his glory and genius in the bars and folk clubs of Greenwich Village. I had to find the source, the muse, that which spoke to me so loudly for so long.

I walked around the bend, cut my way through the yellow thicket… 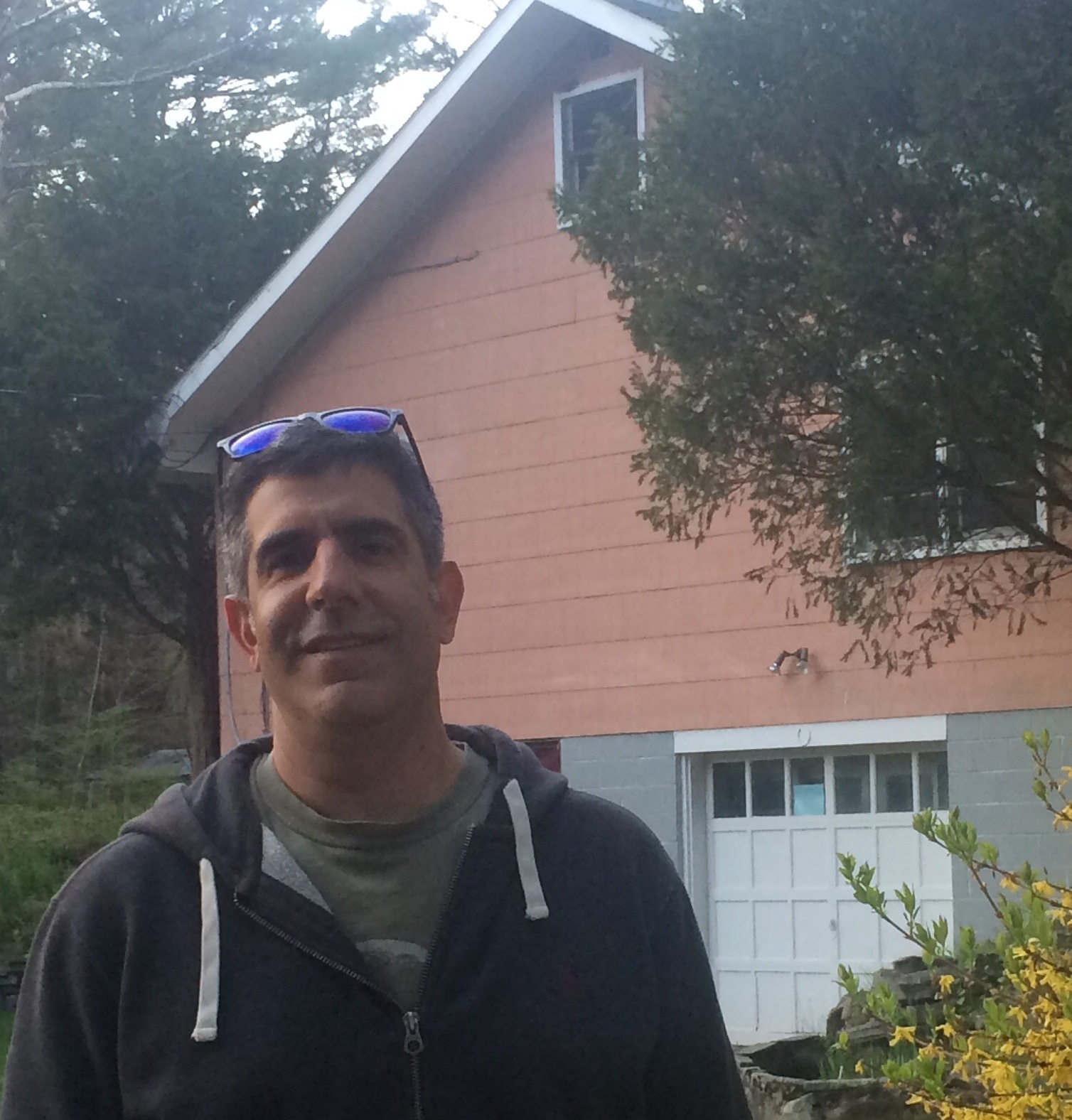 … And made it to The Promised Land.

This Wheel’s On Fire indeed.