Even if you’re a connoisseur of Greek fine wines, spirits and beer, chances are you don’t know that the largest US importer and distributor is located here on Long Island. Tucked into an unassuming building in Hempstead is a warehouse and office home to a mother-daughter team bringing products from 14 wineries, 7 distilleries and 3 breweries to the states.

“We like to stay a bit under the radar,” Andrea Englisis, vice president of Athenee said.

Athenee Importers has called Long Island home since Englisis was just a little a girl running around the warehouse playing on boxes.

“It was a child’s dream playground,” Andrea laughed.

“I was a newlywed, didn’t know anything about wine,” Giota, now president of Athenee, said. 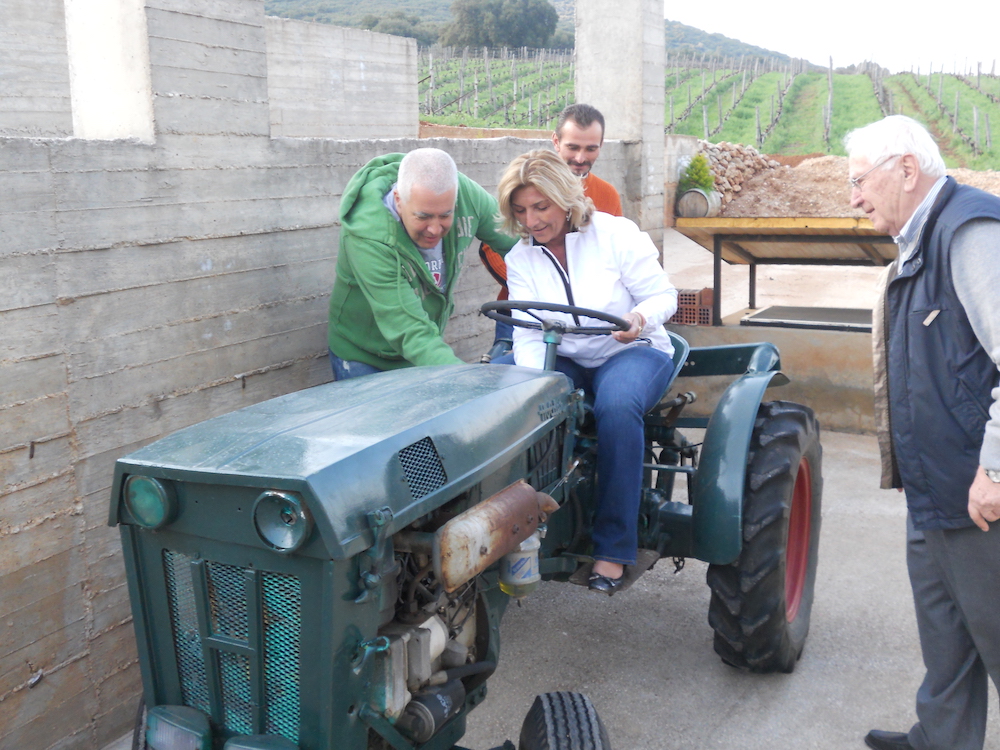 Giota getting a lesson on how to work the tractor at by Nicos Harlaftis – Harlaftis Winery. image: athenee importers

Athenee Importers is a story of hard work, family and a little bit of fake it until you make it. The business was originally an opportunity presented to Giota’s husband Anthony. Giota learned as the company grew and when Andrea, who grew up surrounded by it graduated college in 1997, she came on board starting on the ground level doing local distribution. Anthony passed away in 1999 and the mother-daughter team has run the company ever since.

“It was very much ‘figure it out,’” Andrea said. “The only thing I can’t do is drive the fork-lift.”

Figure it out they have. The duo has slowly expanded the business by carefully choosing which small batch producers to bring to the US.

“It’s very much word-of-mouth,” Andrea said. “Everyone knows each other so we’ll have a producer who will say ‘oh you have to work with this guy in Santorini’.”

One member of the mother-daughter team is always at the office, overseeing the operations while the other one is often out dealing with distribution, in Greece seeking out new producers or bringing US distributors to tour the vineyards, distilleries and breweries they work with.

“We play a bit of good cop, bad cop, and she’s the good cop,” Andrea said of her mom. 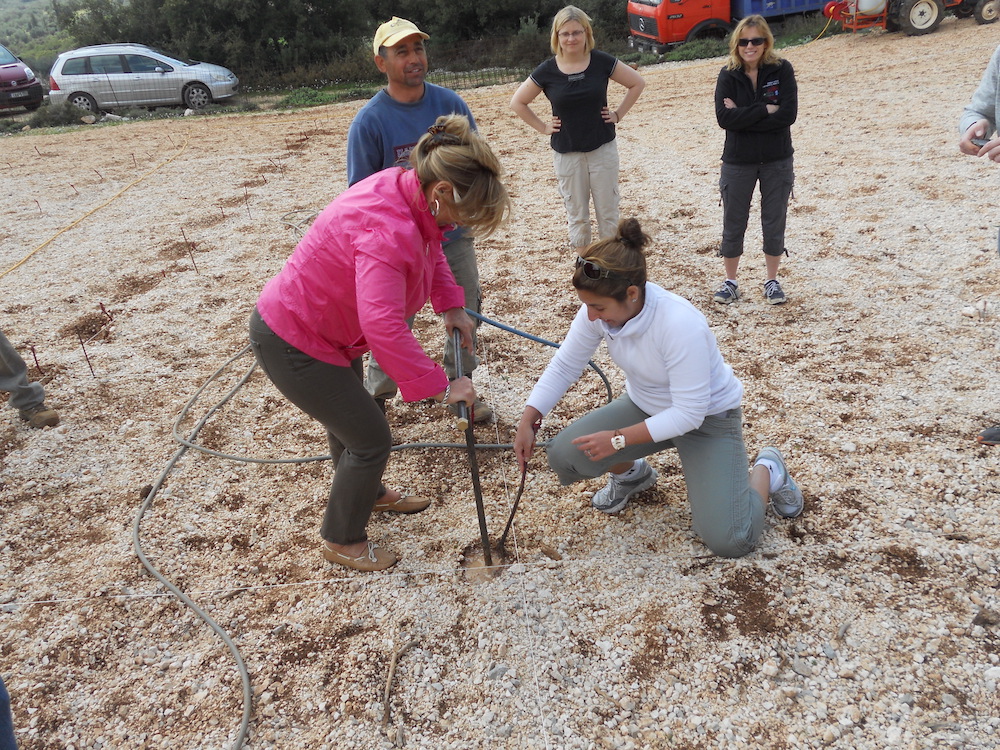 It’s a pairing that has worked well. Even after two decades, some of the producers who remember that child playing in the warehouse still don’t like dealing with Andrea over her mom. But as a new generation of producers comes onto the Greek market, that is changing just like the days of telefaxing communication has changed to text messaging. And Giota—who complains as so many parents do that her daughter thinks she knows everything—admits that sometimes it’s good to sit back and listen to new ideas.

They compare the Greek wine and spirits world to being where Spain and Portugal were a decade ago—people know of them but a lot of what they’ve had hasn’t been very good. The two are the US gatekeepers, educating the public, protecting the best of the newer region and staying true to their roots.

“I am Greek and Andrea was born close to it, we’ve built these relationships.” Giota said.