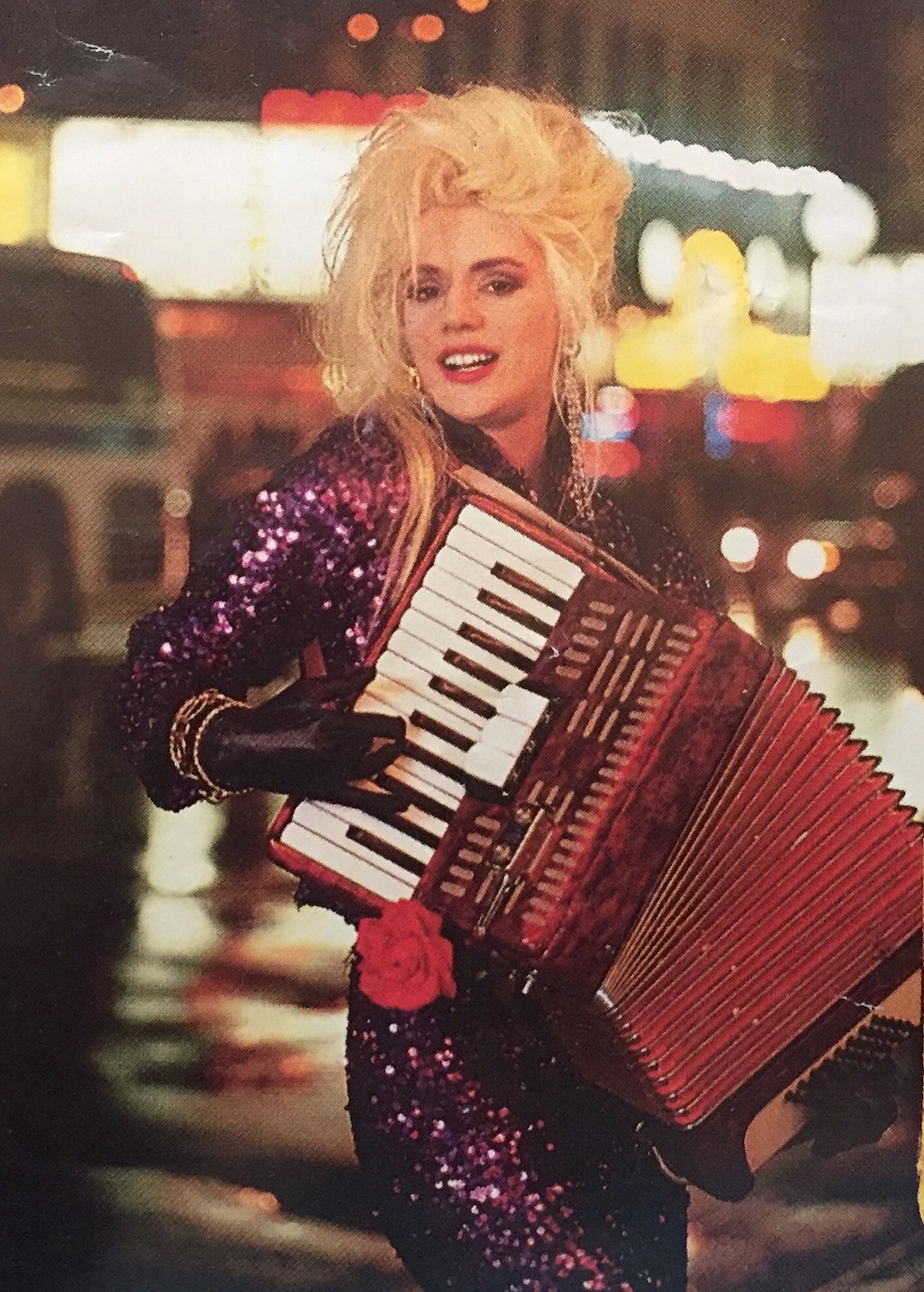 The outspoken Phoebe Legere is back with a kick-ass Cajun band. image: phoebe legere

Don’t call it a comeback. The outspoken, flamboyant Phoebe Legere hasn’t performed in the Hamptons since a Guild Hall show 10 years ago, but the self-described melody machine’s love of music and the East End never changed. She’s spent years touring the globe and became a hit with the Canadian college crowd for her tune about electronic dating, “OK Cupid.” Last year, HBO licensed her song “Hip Hop Frog” for the Lena Dunham-produced documentary It’s Me, Hilary, which celebrated East Hampton and local artist Hilary Knight. Legere is set to make a triumphant return to the Hamptons when she brings her “Locals Only” show and recently-formed Cajun band Tit for Tat to Stephen Talkhouse May 14. I spoke with Legere about her music, the show and what makes the Hamptons the ultimate muse.

Long Island Pulse: How did you get into music?
Phoebe Legere: My parents were both artists and my grandparents were both musicians, so all my life I’ve been immersed in the arts. I started playing the piano at age three. My older sister was already playing. As soon as I could reach the keys I wanted it.

Pulse: How would you describe your sound to someone you’ve never met?
Legere: We play what I call roots alternative, which is fun Cajun party music with contemporary themes.

Pulse: Who are your influences?
Legere: The Meters, my family. My cousin Ray Legere is a Cajun fiddler in Canada and he was on my record that did so well on college radio. I’m also part Native American so I use a lot of spirituality and strength, and respect for the environment is also a big part of my music.

Pulse: You’ve called the Hamptons your muse. What about the East End inspires you?
Legere: My work is always rooted in environmental respect. When I’m really in touch with the things I love, like a beautiful landscape, an unspoiled natural view or even just sitting on the beach with my friends having a beer and looking at the ocean, I hear melodies.

Pulse: What brought you back to the Hamptons?
Legere: Now that there’s very little to be made making music, there’s a place for someone like me who is really all about making music. I put a band around me that just grew around me. These people were just there and attracted and here we are.

Pulse: Speaking of money, what do you think of streaming services, because there are artists like Taylor Swift who have spoken out against it?
Legere: I’ve been a big believer in giving it away from the very beginning. Don’t get me wrong, I love it when people buy my album. I would never say anything bad about Taylor Swift or any artist trying to make a living in the arts but anyone who is really, truly, purely an artist, not a corporate figurehead for a team that’s writing the music, creating the styles and pumping it out into our brains and souls as aggressively as possible, I think will agree that all art should be available to all people at all times.

Pulse: What can we expect at your May 14 show at Locals Only?
Legere: Expect dancing. I teach people how to Cajun dance before the show. Upbeat, hysterically funny, really colorful, mad, crazy, wonderful fun.

Pulse: What’s next for you?
Legere: May 17 I’m opening for the fabulous Thunderbirds on the main stage of BB Kings in New York City. My next album is going to be a combination of an album, one CD in French, one in English and an art-working in the middle so people can collect my paintings at the same time. It’s going to be a lot of tasty Cajun music and funky, always funky.