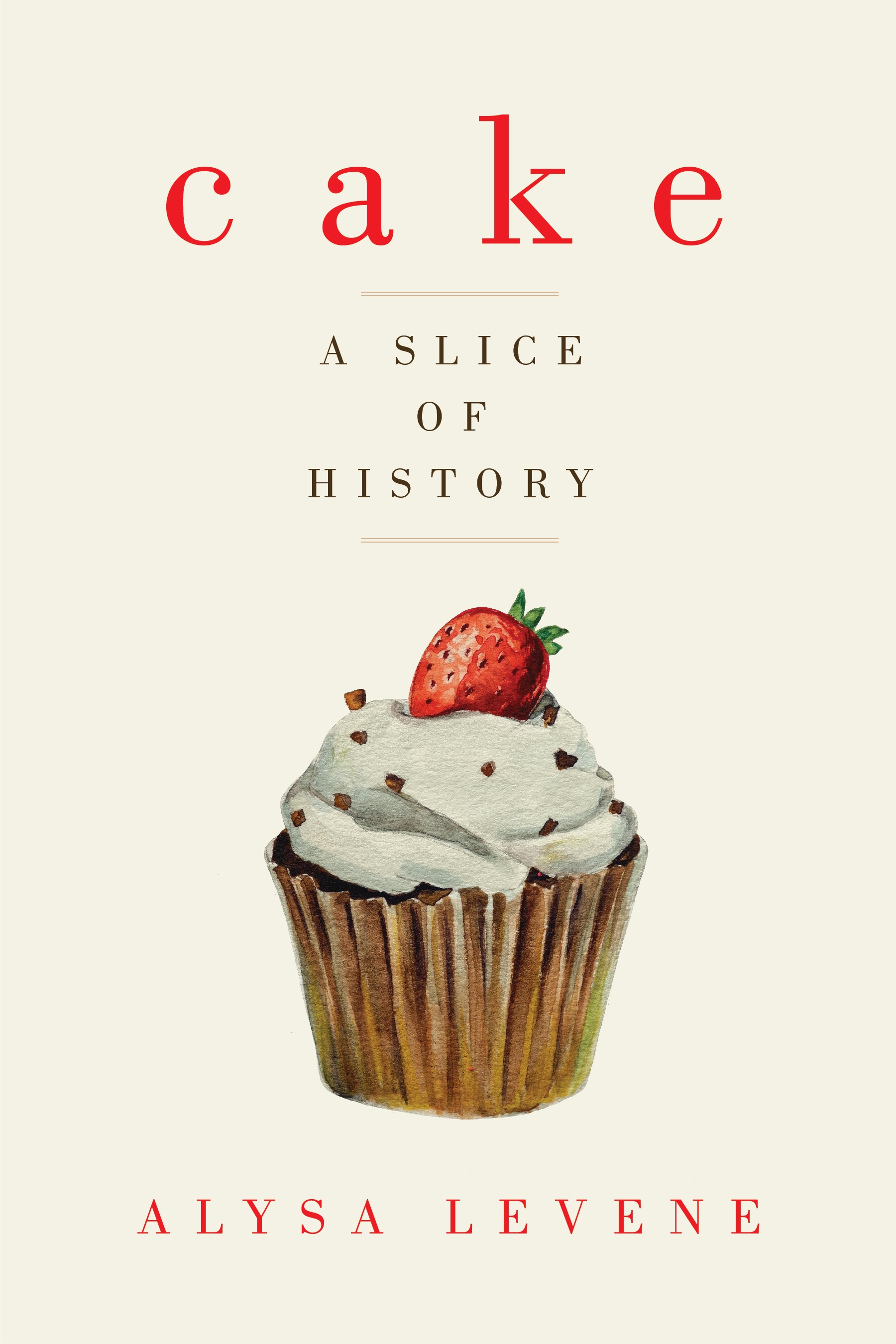 Take a deep breath. And blow.

Blow for all you’re worth. Blow til your lungs are empty, your stomach’s concave, your face is blue. You’ve got a lot of candles to extinguish–one for each year you’ve been on Earth, to be exact, and in Cake: A Slice of History by Alysa Levene, you’ll see why they’re on top of a confection.

What, exactly, is the definition of “cake”?

When that question came up in a British courtroom, Alysa Levene’s curiosity was piqued. Cake, she discovered, can mean many things, depending on your preferences, background and more. Today’s cake, says Levene, usually means “memories, almost always of celebration, family and love.”

Generally speaking, to make a cake, you need four things: fat, eggs, sugar and flour. Ancient Egyptians and the Chinese didn’t, perhaps, have those exact things, but they did make confections that we would recognize as cake. They also knew that baking in an oven made their cakes better.

In Medieval times, however, the word “cake” could mean bread. That was because bakery ingredients–especially sugar–were often hard to get, and they were expensive. “Cakes” might be oddly shaped and cooked over a fire like bread, or they might be sweet and filled with dried fruit, like the fruitcake we pass around at Christmas.

Imagine the confusion at birthday parties…

By the 1400s, cakes looked more like that thing you ate at last summer’s wedding. Two centuries later, “most European towns had a bakery in every neighborhood;” by the early 1700s, cookbooks instructed home-bakers how to make a tasty cake though, in times of war and migration, cakes were made with whatever was on hand. And in the mid-nineteenth century, something amazing happened: we started to incorporate chocolate!

Today, cake is still largely a celebratory item, but you can have it any day of the week. The slice on your plate can indicate the brand of the box, culture of the cook, fruit that’s in season or traditions you hold dear. That snack you snuck might be a mass-produced guilty pleasure, while the cupcake you enjoy might point to a new fad. Mmm.

You’re hungry now, aren’t you? There’s a good reason: “Cake” is tasty like that.

Though I wish she’d been more linear in her history, author Alysa Levene tells a good story. In addition to the subject for which her book is named, readers will be entertained by tales of adventure and spices, the advent of the “domestic goddess” and how bakers came to love a woman who “never actually existed.” We see how cookbooks came to be, we learn that a pound cake was originally a four-pound cake and, though this isn’t a cookbook, we get a few rough recipes.

It bears mentioning that there are a number of British-isms here that could take a minute to decipher; just be aware of that before you put on your apron, grab a fork and dig into this book. This may be your only chance to have your “Cake” and read it, too.