Acclaimed post-punk indie rockers Parquet Courts still have a DIY ethos and a preference for lo-fi marketing. Preferring cassette tapes, vinyl, snail mail and flyers over social media (they do not have Facebook or Twitter accounts) has not hurt the band’s career. Singer/songwriter/guitarist Andrew Savage spoke of “boring” Facebook pages on debut cassette American Specialties and anxiety was part of 2014’s Content Nausea. On their latest release, Human Performance, the Brooklyn-based group set to play NYC’s Webster Hall Friday explore the complexities of modern life. Co-singer/guitarist Austin Brown describes anxieties both environmental and technological: “The unavoidable noise of New York City can be maddening, [along with] the impossible struggle against clutter, be it physical mental or social.”

Growing up in the small town of Denton, Texas, Savage and Brown weren’t exposed to punk music, with the exception of Green Day. After Savage received a mixtape with the sounds of the Misfits and the Dead Kennedys, he searched for hardcore and punk music. He recalled tracking down fanzines that inspired him to press and sell his own music. “I’m probably one of the last people of a generation to get into music from fanzines like Maximum Rock and Roll, Slug and Lettuce,” said Savage. “That was kind of my foray into alternative underground DIY culture.”

Parquet Courts released its last two records on the legendary Rough Trade label, known for producing records by the Raincoats and the Fall, but Savage still designs the album artwork, posters and t-shirts, while Brown has filmed music videos. Describing their sound as “Americana punk,” Spin’s 2014 ‘Band of the Year’ released two EPs and four LP’s before their latest full-length, Human Performance. Some of the record was recorded with Jeff Tweedy at The Loft in Chicago, but most of Human Performance was made in an upstate New York pentecostal church called Dreamland Studios, where 90’s alt-rock bands like The Breeders and Dinosaur Jr. have recorded. The resulting sound is more Velvet Underground and Elvis Costello than Minutemen. 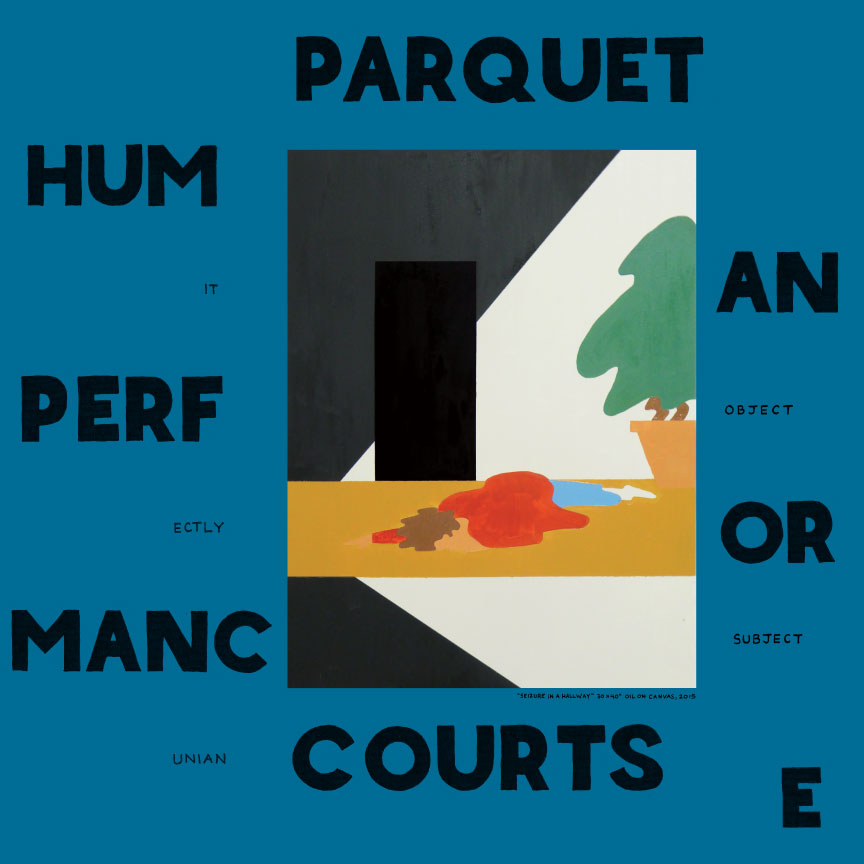 Along with being their first full-length to have song contributions from all four members, it’s also their most introspective: “The process of writing and recording Human Performance, for me, was a fairly uncomfortable confrontation with my emotions,” said Savage. “Emotions I don’t think I’ve fully explored in my life, artistic or otherwise.” Songs like “Steady on my Mind” and the heartbreaking title track show a softer side to a band known more for its cerebral side. “I began to question my humanity, and whether it was always as sincere as I thought, or if it was a performance,” said Savage. “I felt like a malfunctioning apparatus—like a machine programmed to be human showing signs of defect.” But, rest assured, more raucous tracks like “Paraphrased” and “Two Dead Cops” keep the band’s punk roots intact.