If you’re looking for an abject lesson in a television series that has overstayed its welcome, you need look no further than ABC’s Castle. Much like its increasingly absurd and convoluted storylines, the end for the show seemed to drag out and was ultimately revealed in a last minute twist. In the end, ABC agreed that it was no longer working and finally put the show to rest.

Just as the relationship between Rick Castle (Nathan Fillion) and Kate Beckett (Stana Katic) began life as a “will they, won’t they” cliché, so too was the Network’s decree on the fate of the show itself. Almost a month ago it was announced that Katic would not be returning for a potential ninth season, an apparent attempt to reduce the budget. Also out was co-star Tamala Jones. At the same time, the other cast members insisted that the show could go on, reminding the audience that it was called Castle and was arguably Fillion’s show. That seemed to be the case as over a week ago it was very publicly announced that Fillion had been secured for another season, along with several other key cast members, though the fate of the show was still undecided.

The final twist occurred a couple of days ago when the Network abruptly announced that the series would be ending with its May 16 season, now series, finale. Despite an ominous promo for the finale that promised a tragic twist to the epic love affair between Castle and Beckett, the producers have revealed that two endings were filmed for the closing moments. There was the originally intended ending that would set things up for a Beckett-less season nine and a different ending that was said to provide a fitting end to the entire series. At least there will be some sort of closure and not a cliffhanger, although I’m sure there will be much speculation over what might have been. 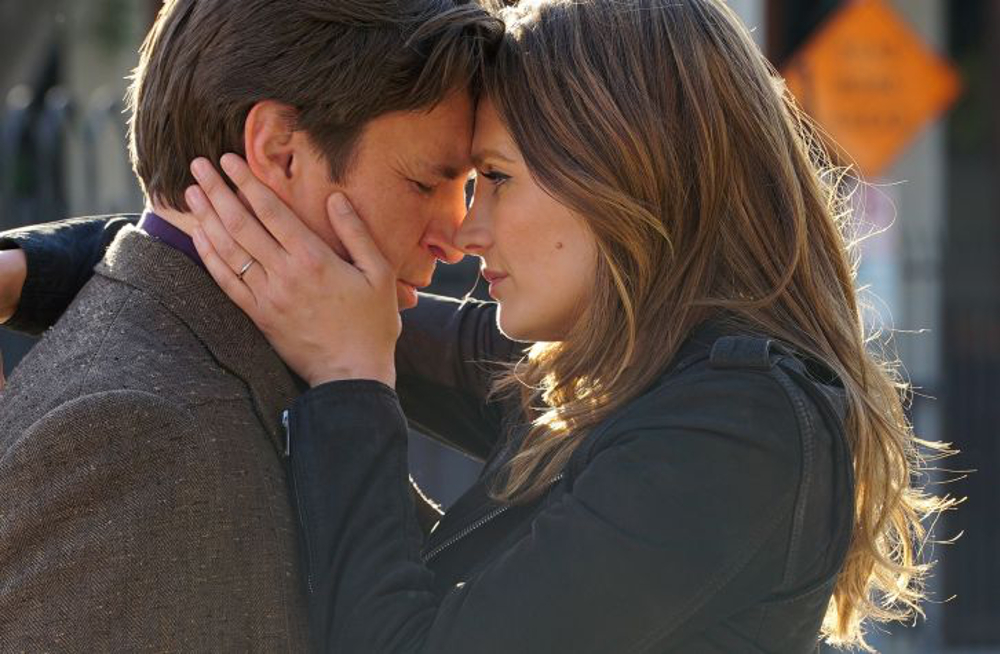 Castle has always been a show that has been over the top. While not quite being a dramedy, the humor has certainly been a match for the drama, but in the end you could always count on a certain amount of resolution and avoidance of ridiculous, soap opera-type storylines. All of that went out the window at the end of season six when, moments before their wedding, Beckett discovers the fiery wreck of Castle’s car, with her husband-to-be presumably inside. After making viewers wait for a long time for the wedding, this cliffhanger was a “jump the shark” moment for the series, one which it never really recovered from. Even having them finally tie the knot early in the following season didn’t alleviate the sting of such a bad story decision.

Season seven nearly reclaimed the former glory of a once must-see show, even with the plot of Castle having lost his memory of what happened to him between seasons. That was set up to be a major mystery to take over for the resolution to the murder of Beckett’s mother that informed the first half-dozen seasons, but it just seemed to fizzle out.

In what the viewers were assured was a move to spice up the relationship, Castle and Beckett split up, with the latter on a super-secret vendetta and the former, along with the audience, left wondering why. There seemed to be a slight course-correction early on to assuage fan backlash, but it was too little, too late. The spell had been broken and we were left with a show that was no longer greater than the sum of its parts.

And now we’re at the end and very few people seem all that upset by it. Having made the relationship between Castle and Beckett the highlight of the series from episode one, there is no way the show could have reinvented itself as anything that would have been worth watching. The only real tragedy is the large number of people that are now without jobs. There is no doubt that Nathan Fillion and Stana Katic will find a new gig almost immediately, but the many crew members and others in the cast don’t have that same guarantee. This is a show that should have ended with a season six wedding to remember and gone out on a high note with its head held high. Now it just feels like an injured marathon runner unfairly pushed into finishing the long, exhausting race. Everyone, including its loyal followers, deserved much better than that.

What did you like/not like about the season finale? Tell us in the comments below.