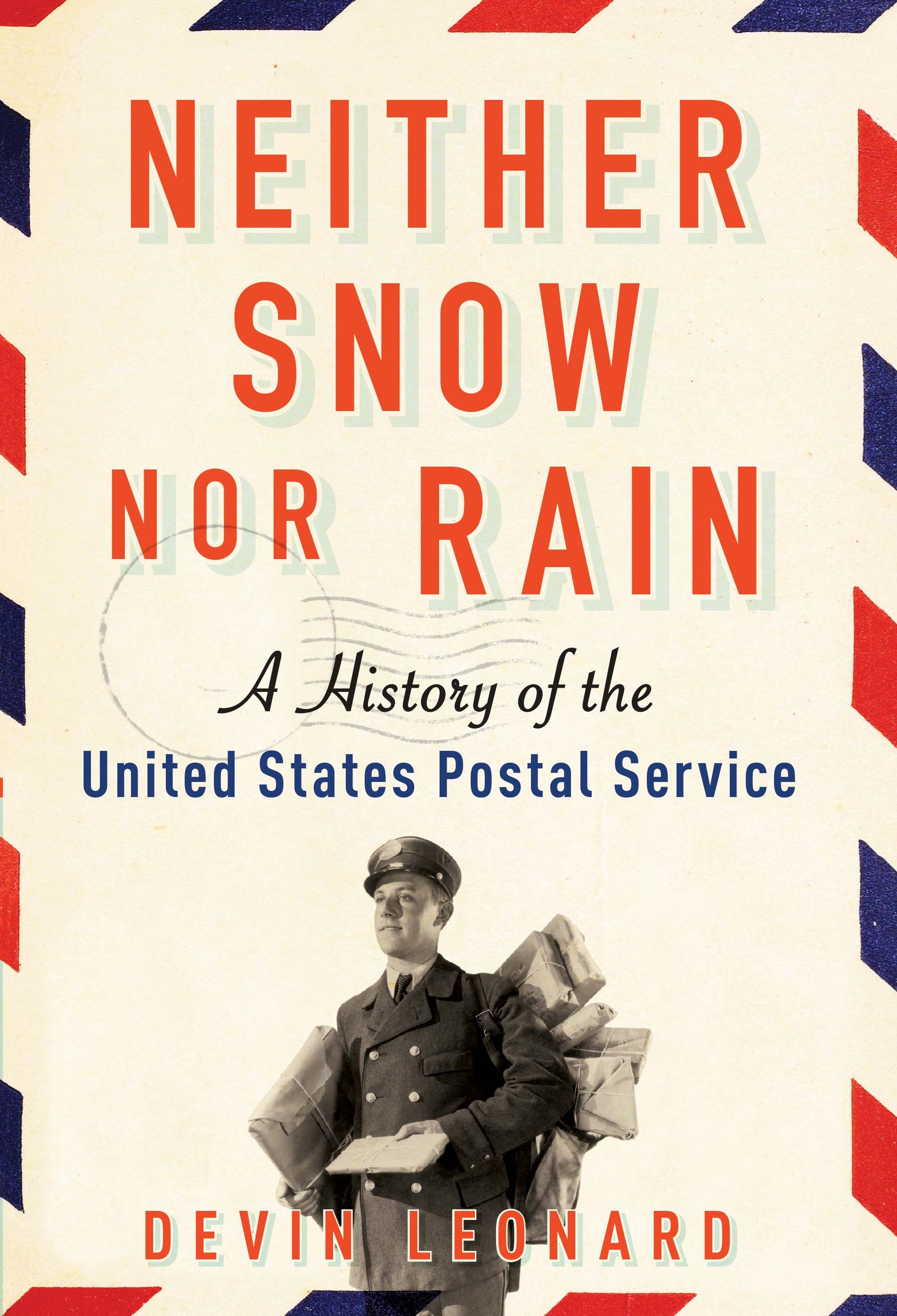 Always nice to hear that coming from your computer but these days, it’s doubly-nice when it comes from a metal box. Greeting cards, checks, bills, even those offers-you-can’t-refuse–it all comes right to your door. And in the new book Neither Snow nor Rain by Devin Leonard, you’ll never take it for granted again.

When 14-year-old Ben Franklin ran away from home in 1723, the only job he could find was a printer’s apprenticeship. Five years later, Franklin started a newspaper, but he needed the postal service to grow it.

When he got the chance to be U.S. postmaster, he pounced on it.

Long before that, the Assyrians established a way of carrying messages but the service was only available to high-ranking individuals. By the time the Dark Ages ended, there were several public postal services around Eurasia, and when the British came to America, they established one, too. Franklin merely improved the one he’d inherited.

As America grew, so did the need to get mail to everyone, everywhere: in 1801, there were just over 900 post offices. Thirty years later, there were nearly 9,000 of them–many, in the homes of local postmasters. Folks picked up their own letters then, and mail could take a month to arrive. As settlers moved west, mail was delivered via a circuitous route that included boat, which took up to ninety days.

That spurred three men to start the Pony Express, which carried mail for just 18 months and resulted in a $200,000 loss for them before the telegraph made messaging an instant thing. Still, clamor for word from loved ones at wartime led to mail’s re-popularity, free home delivery in 1863 and the outlawing of mailed pornography in 1865. A few years after the wars’ end, Christmas cards helped keep the Post Office in business–just in time to see rural free delivery for farmers and non-city-dwellers. Airmail was available starting in 1918, V-Mail kept up morale for troops in World War II and the Zip Code appeared in 1963. And though email is relatively new, the words “snail mail” have been around for decades…

Every now and then, I really crave a good, quirky history book and Neither Snow nor Rain fit the bill.

Lively, fun and a bit on the gossipy side, this book takes readers through a basic history of message-relaying before author Devin Leonard dives into a full tale of Ben Franklin’s tenure with the Post Office, Britain’s involvement and chaos in the system. Leonard delivers a lot here and moves fast as he entertains. As his book progresses, we watch businesses get involved, the USPS sort itself out and a nation grow. There are surprises in this book and quirkiness that’s sometimes necessary.

Remember how exciting it was to get birthday cards in the mail? Yep, that’s how much fun Neither Snow nor Rain is, and I think you’ll enjoy it. If you’re stamping around for something different to read, you’ll love every letter.