Raised by two musically inclined hippies in the small town of Ambrose, ND, singer/songwriter Ana Egge had an idyllic childhood. When she wasn’t learning how to farm, skin a snake or ride a motorcycle, she was listening to the music of Merle Haggard, George Harrison, Emmy Lou Harris, Elvis Presley and Bob Dylan.

“From a young age, whenever there was a cassette playing that I really loved, I’d go stop it, take it out and scribble on it so I’d be able to find it again later,” recalled Egge, who resides in Brooklyn. “I was seven when my grandma gave me my first guitar and I wanted to be Bob Dylan.”

The award-winning singer/songwriter isn’t afraid to tackle complex issues in her songs. She found a way to write about the shame and silence associated with her family members’ struggle with mental illness on 2011’s Bad Blood. And while her latest album, Bright Shadow, is more uplifting, Egge has since experienced the death of her mother and the birth of her first child. Songs like “Dreamer,” “Rock Me (Divine Mother)” and “Bright Shadow” metaphorically relate to those changes.

“I had never let myself write about mental illness for fear of hurt feelings,” said Egge. “Then on Bad Blood, I confronted mental illness as a character in and of itself. That freed me to express my own anger and sadness regarding the people I love. But Bright Shadow is full of more light and possibility. There’s a softness and vulnerability that I’ve never reached on any of my previous records.”

The folk artist has worked with Ron Sexsmith and Steve Earle, but on her latest album Egge is backed by acclaimed Americana trio, The Stray Birds. Fans of Egge’s previous record, The Stray Birds volunteered to back Egge at Toronto’s Folk Alliance and ended up inspiring the music on Bright Shadow. 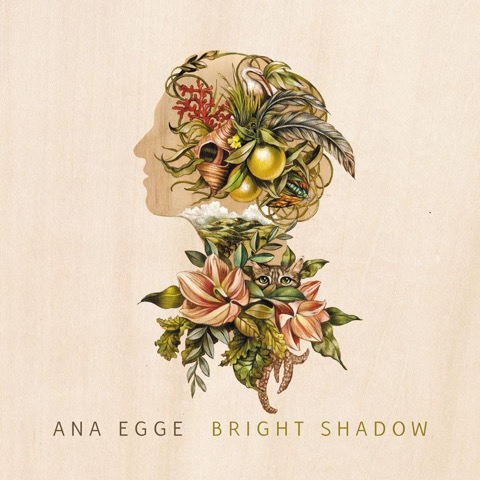 “This record definitely has a more bluegrass sound,” said Egge, who self-produced the album. “That’s what The Stray Birds do—fiddle, banjo, guitar, upright bass and beautiful harmonies— and I arranged the songs with them in mind.”

Her songwriting skills have earned Egge an Austin Music Award for best singer/songwriter and accolades from Lucinda Williams, who called Egge the Nina Simone of folk. The prolific songwriter is already working on a new record, Say That Now, set for release this summer. A folk/rock band from Denmark called The Sentimentals will back her and it will be her most collaborative album to date.

“Say That Now is more of an Americana, folk/rock album with The Sentimentals,” said Egge, whose rich, honeyed voice has drawn comparisons to Emmylou Harris, Aimee Mann and Bonnie Raitt. “Many of the songs are co-writes and, because we’re all parents of very young children, a lot of the songs are about bridging the two worlds of being parents and touring musicians.”

Egge has toured or performed with the likes of Iris DeMent, Shawn Colvin, John Prine, Lucinda Williams and Sinead O’Connor. When she takes the stage at Rockwood Music Hall, she’ll be part of an acoustic trio: Alex Hargreaves on fiddle and Jeff Picker on upright bass, with Egge on acoustic guitar, national slide guitar and mandolin. Expect to hear the bluegrass-infused folk of Bright Shadow and a sneak peak of her forthcoming album.

“I always like to do one or two good cover songs to bring the audience in and invite them to sing along if they want to,” Egge said. “But I’ll let that be a surprise.”

Catch Ana Egge on stage 2 at Rockwood Music Hall on Tuesday, May 24 at 7pm.