Since opening a second, larger facility on Main Road in Peconic in the summer of 2014, Greenport Harbor Brewing Company has employed the 11,000-square-foot space to quadruple production capacity, expand distribution into Connecticut, and start packaging several beers in bottles. The original headquarters—a converted firehouse on Carpenter Street in Greenport, where John Liegey and Richard Vandenburgh started the brewery in 2009—now functions as an agent of growth. Recently the partners hired Patrick Alfred to lead a new barrel-aging program there. “We loved Pat’s visionary approach to designing recipes and, not far behind, his ninja-like mastery with a mash paddle,” said Liegey. 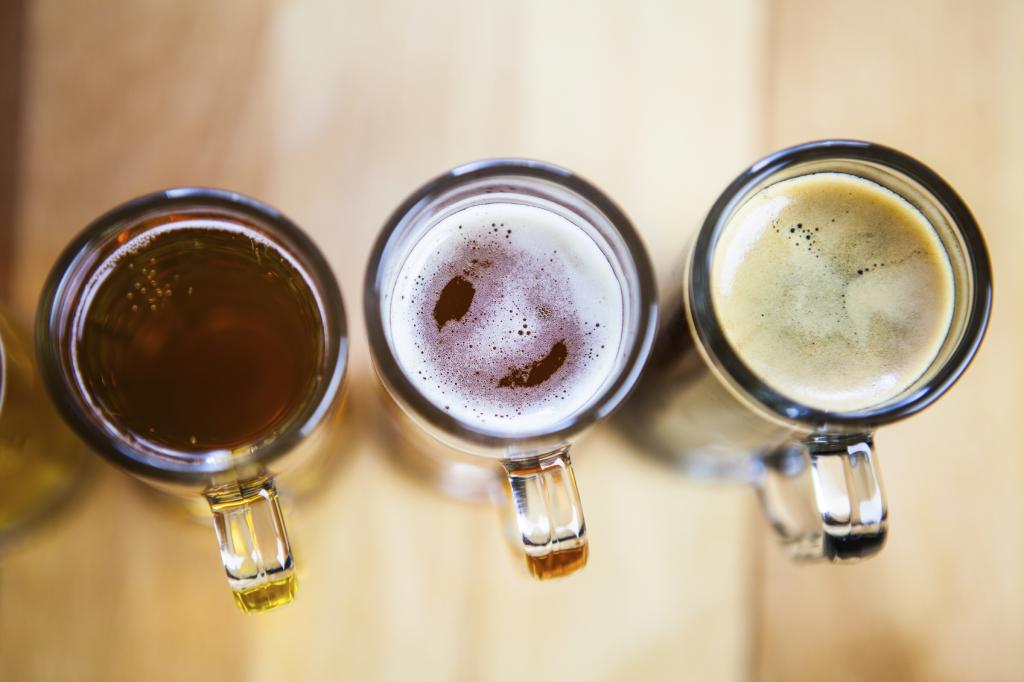 Alfred, who previously brewed at Barrier Brewing Company in Oceanside, aims to craft and incorporate the character of the East End. “On the North Fork it’s definitely a must to be sourcing both ingredients and barrels locally. There’s a ton of vineyards out here, so I want to make lots of sour and wild beers aged in wine barrels,” said Alfred. Some will incorporate local berries, plums and apricots. “I also hope to get some spirit barrels—bourbon, tequila, gin—to age ‘clean’ beers like stouts and saisons.”

Alfred is full-throttle and optimistic about releasing new, non-barrel-aged concoctions. “More than likely we’ll launch with a big hoppy beer and follow with some unique, lighter styles that are complex yet refreshing and quaffable: berliner weisse, gose and a twist on a pilsner.” As for those barrel-aged brews? “Barrel aging is very much a risky business, and the process takes months, sometimes years…being able to taste how a base beer changes over time in the barrel, calculating when the time is right to pull and package it, these are the challenges involved—and why barrel aging is an art, in my opinion. And if done right they can result in beautifully complex beers.”

Long Island’s bounty of native wines and brews are spread in tasting rooms, bars and retail outlets across LI. But finding a spot to sample a variety of both in one comfortable location can be a challenge. “We couldn’t find a place where you could enjoy local beer and local wine together,” recalled Bernadette Buckley, whose family founded a trio of eponymous bars on the South Fork. Buckley was on the hunt for years before settling Taps & Corks in Southold’s Feather Hill Village and bringing together her boyfriend, Kevin Brannigan, former Buckley’s bartender Austin McDonnell and his wife, Loann McDonnell.

An oak bar built by Brannigan anchors the rustic space. There is also a smattering of high-top tables and seating on a second-story loft, and exposed wood beams line the ceiling. A great way to sample the selection is to order a flight comprising four five-ounce pours of either beer (Long Ireland, Moustache, Crooked Ladder) or wine (Bedell Cellars, Pindar Vineyards, Vineyard 48).

What to Drink: the dozen drafts mostly rotate to include seasonal offerings. Expect to encounter beers like Greenport Harbor’s Summer Ale, which is sweetened with the addition of orange-blossom honey. There is also one tap dedicated to local cider by Woodside Orchards in Aquebogue and one to Guinness. Both natives of Ireland, Brannigan and McDonnell claim to pour the best pint of the popular nitrogenized stout. “I’ve converted the whole town to appreciate Guinness by serving it the right way. We serve it with the correct blend of gases, the way they do it back in Ireland,” McDonnell said.