The waters off our island, at one time teeming with now-disappearing fishes and shellfish, are undergoing a second life as a source of farmed sea products. Kelp, a type of edible seaweed and a new (again) product coming out of the Sound, is showing up in restaurants from Brooklyn to the North Fork. The vegetable serves as both a healthy ingredient and as a powerful change agent that can help restore ecosystems.

Long Island Sound is a prime location for it, Smith explained, because of its unique history—it’s “one of the greatest success stories of the last 60-70 years due to the Clean Water Act,” he said. Still, nitrogen levels in the Sound have been particularly high for decades because of lawn and agricultural runoff. Smith’s farm, near the Thimble Islands off Connecticut, grows kelp along with mussels, oysters and scallops, all of which contribute to the cleaning. Kelp especially consumes large amounts of nitrogen, which helps to restore the nutrient levels in the water. 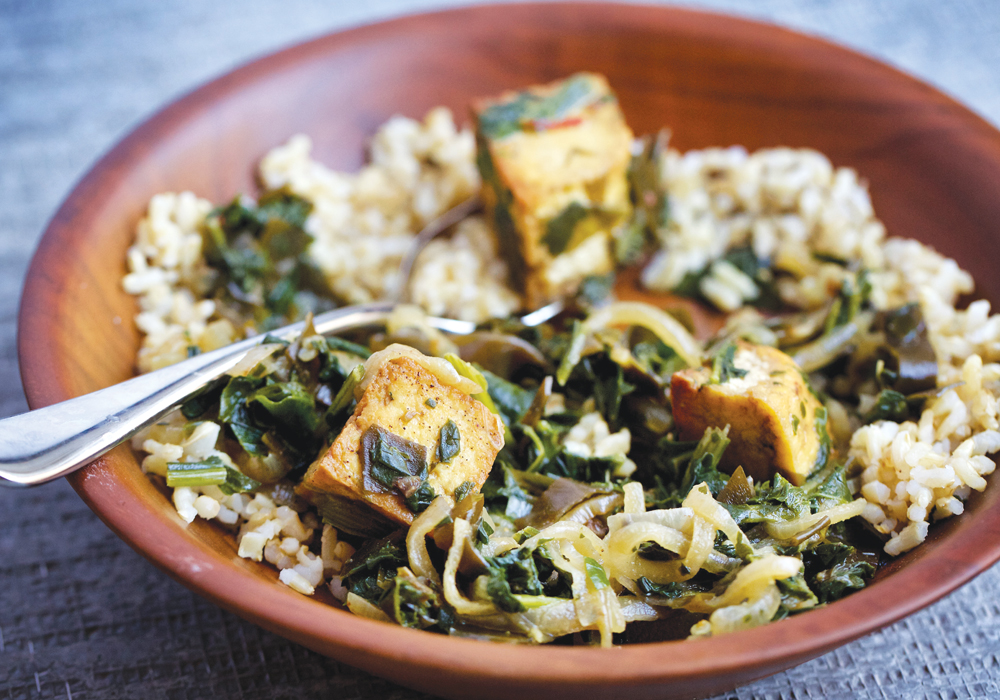 Kelp farms also function as artificial reefs that attract many species and encourage a bustling underwater ecosystem. To close the loop further, Smith and other growers create kelp fertilizers to help reduce the nitrogen runoff from local land-based farms. But Smith’s focus remains on the fauna of the sea. Seaweed is carbon negative, and unlike land vegetables, requires no fresh water to be grown. He hopes it will be something of a gateway drug to the other 10,000 edible plants in the ocean.

Karen Ansel, MS, RD, CDN, is a Syosset-based dietitian and nutritionist who says that kelp is a good thing to add to a balanced diet, not only for the nutritional perks of providing vitamins and minerals, but also as a healthy source of a rich, savory flavor. The “umami” quality, now considered the sixth taste, adds a delicious unctuousness to dishes like noodles, soups, salads and stir fries. Just like wine, kelp has a geographic stamp that’s reflected in the taste, determined by the unique balance of nutrient flow in the water. And though most Americans typically get enough in their diets, Ansel noted the seaweed is high in iodine, crucial for thyroid function.

In general, Americans are not getting the recommended twice weekly seafood servings in their diet. And for those concerned with the environmental impact of the fish they are buying, it’s not as simple as saying “farmed is okay, wild caught is not.” Smith believes “we need to move wild fish to the edges of the plate to reduce pressure on the food stock. A quarter of all marine species are predicted to go extinct in the next 50 years.” But everyone agrees that kelp, and seaweed in general, is as ocean-friendly as a food can be.