The latest trend to come out of a keg is…coffee. Dubbed nitro cold brew, this variation of slow-brewed java is infused with nitrogen gas and pressurized to serve on draught, much like nitro stout, producing a similar frothy head and slight effervescence. When dispensed in a glass, the foamy substance swirls and rises to the top with mesmerizing visual appeal. “It pours just like a Guinness with a nice cascade…it billows into a nice rich, creamy head.” This is what Christopher Vetter, the founder of local Sail Away Coffee Co., described as part of the experience. “People are lured by [the look] and then they taste it and are like, ‘What is going on?’” 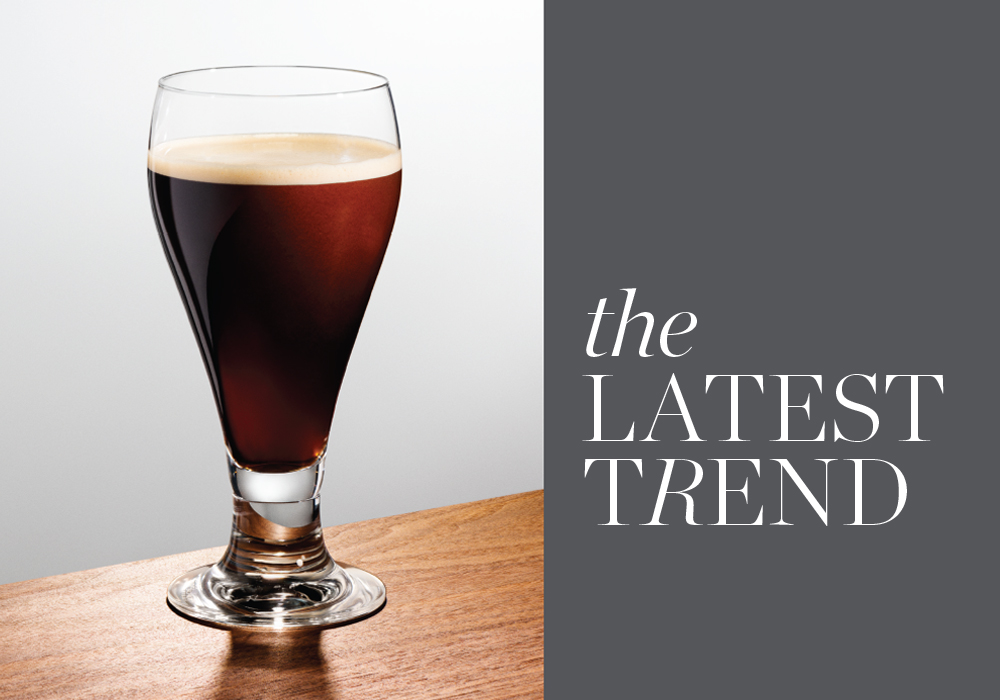 Sail Away are the pioneers of the nitro coffee movement on Long Island, currently the only local producer of the nitrogen-infused brew. The year-old company installed its first tap for Vauxhall’s opening in Huntington in November. The coffee became so popular Vetter said patrons were showing up at the bar with to-go cups. “People are seeking it out. There’s such a strong buzz going with it.” Since then, their coffee kegs have spread to 13 bars and restaurants across the island, from Oceanside to Jamesport.

According to Vetter, brewing and infusing the nitro coffee is a three-to four-day process. It starts with a batch of Sail Away’s cold brew, a proprietary blend Vetter perfected over 50 test batches sampled by family and friends. “I knew I wanted a rich, chocolately roast…I didn’t want something fruity and floral.” The grounds cold steep for 27 hours, a number he determined (after much trial and error) produced the ideal strength. Once the cold brew is finished, it’s ready to be nitrogenized and pressurized in a keg. “The nitro infuses with the coffee and that’s what really changes the texture,” Vetter explained.

Proponents claim there’s no need for cream or sugar. The nitrogen creates a silky mouthfeel and the cold brew process minimizes bitterness for a smooth finish (and Vetter pre-adds just a hint of sugar cane to Sail Away). “We crafted it in a way that we didn’t want anybody touching it…it’s extremely palatable.” And don’t even think about adding ice; the kegs are already chilled, there’s no reason to water it down with rocks.

Unless of course, it’s mixed in a cocktail…which is exactly the way many bars are serving the caffeinated concoction. Vetter’s current favorite, and the top-selling at Vauxhall, is the coffee old fashioned, a mix of Sail Away’s nitro brew with Bulleit bourbon, simple syrup, Angostura bitters and a dash of mole chocolate.