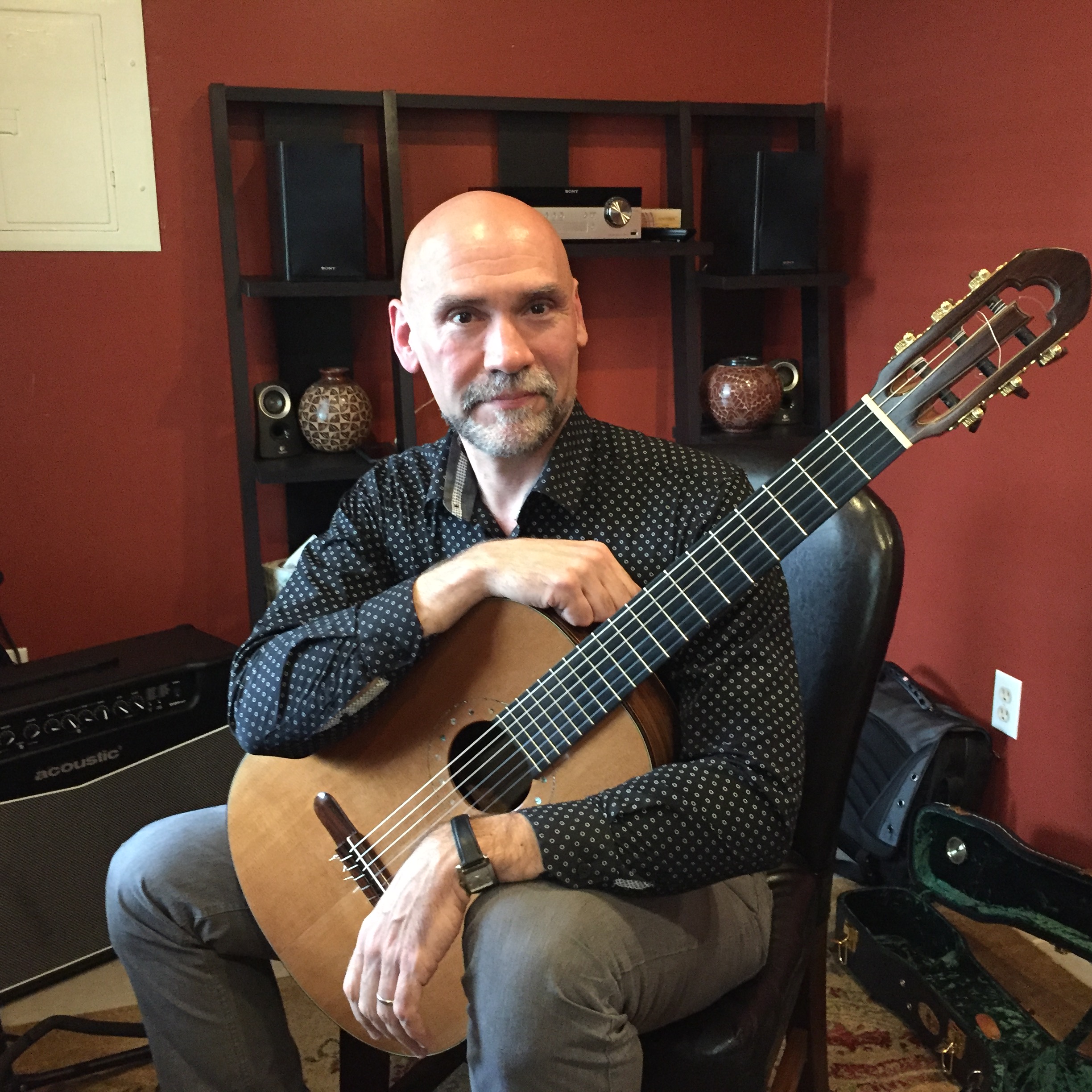 Michael Belajonas’ journey with the guitar has led him to open a studio that feels like home.

What do seven-year-old kids, a neuroscientist, a geophysicist and several retired lawyers have in common?

They’re all taking a break from their iPhones and embracing the arts at Mirabela Studio of Art & Music in Port Jefferson. The studio, which opened in September, offers one-on-one art and music classes, giving locals the opportunity to escape the bustle of everyday life and learn something new.

“It’s a release,” said Michael Belajonas, who teaches guitar and started the studio with his wife. “You basically shut everything else out. It’s like meditation.”

Belajonas would know. He fell in love with the guitar at a young age. 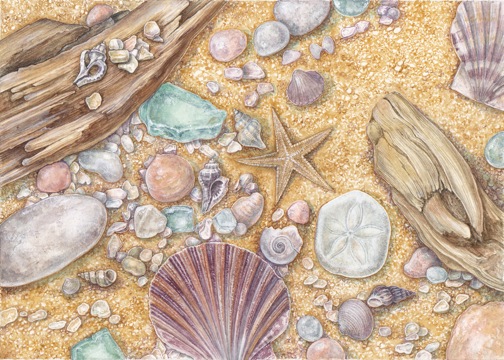 “Ever since I could hold the guitar at five years old, I wanted to take the guitar and hold it, play with it,” he recalled. “I’ve been on this journey with the guitar pretty much forever and I guess the best way I can describe it is the guitar is the most important thing to me.”

The journey led Belajonas to teach guitar around Setauket, at Stony Brook University and at Suffolk County Community College. Along the way, he met his wife, Mireille, a watercolor painter and art teacher, and the two married three years ago. He wanted to create a space where they could work and teach together, and others would feel at home.

It’s not a studio you see in most music stores today. The walls are soundproofed on the outside so the sound doesn’t bleed too much, and there are audio units and computers, yes, but the similarities stop there. Belajonas does sell guitars, including rare finds like a Gibson L5-S, but he’ll do it one-on-one with the client so they they can take all the time they need to decide. There are no rows of tiny practicing cubes, rather a couple larger rooms with stands, chairs, separate heat and Mireille’s watercolor artwork on the walls. In the common area, there are two leather chairs and a couch that resembles a living room, not a lobby.

“I used to take lessons at Mike’s home,” said Matt Dennan, who is heading up marketing efforts by managing the Facebook page and building the website. “To me, this space feels exactly like I was at his house.” 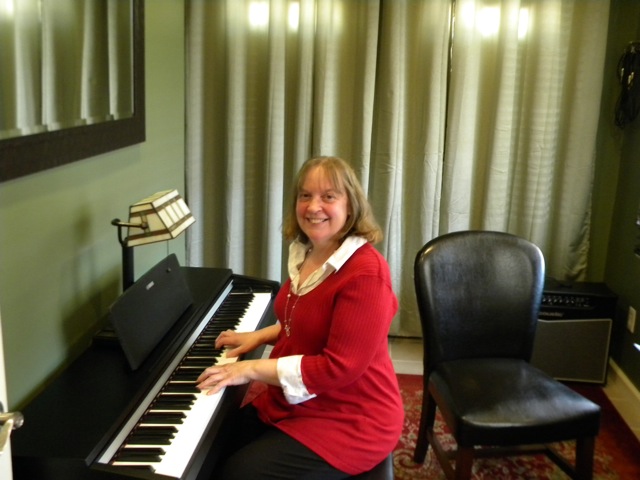 Clients of all ages and professions have felt right at home at Mirabela Studio of Art & Music, which also offers voice and string classes with Debra Biglin and is open to adding new teachers in the future. Mireille is teaching mostly children, and Belajonas mostly adults, but he has started giving lessons to parents with their children. It’s a breath of fresh air in a society that barely looks up from Facebook to cross the street.

“It gets you away from things that are automatic and instantly gratifying. There’s a discipline to it,” Belajonas said.

And Belajonas is a perfectly gentle motivator.

“With Mike, it’s more a conversation,” Dennan said. “It’s not drills or play this, do that. We sit down, you start talking and play and then the hour is done. It sticks with you and makes you want to go home and practice so you can come back and say, ‘What else can you teach me?’”