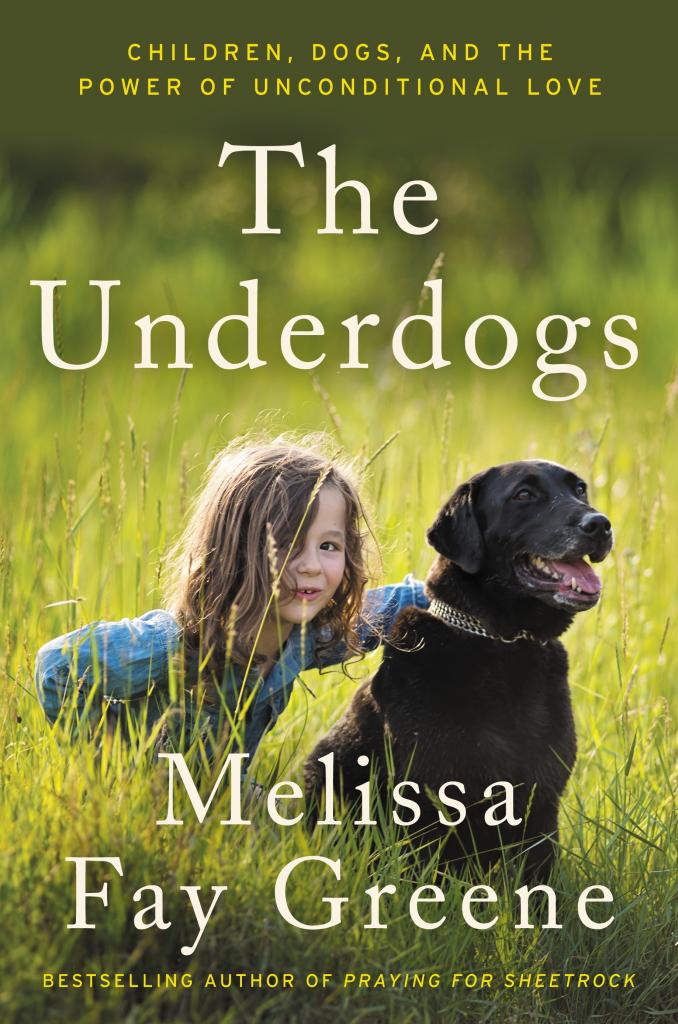 Your dog did it again.

You were just thinking about going for a walk, and he started bouncing before you said a word. He hopes to share your snack before you even realize you’re hungry, and he often beats you to bed. Your dog knows you better than he knows himself, and in “The Underdogs” by Melissa Fay Greene, you’ll see how that could be a real lifesaver.

Karen Shirk had always loved dogs but as a college student she had other things on her mind–until the sunny afternoon she fell flat on the sidewalk and ended up in the ICU and was diagnosed with a neuromuscular disease that would put her in a wheelchair.

Depressed, bored, and uninterested in life, Shirk figured her days would be spent in that chair. She was urged to get a service dog. When Shirk couldn’t find or secure one that was already trained, her caregiver told her to train one of her own.

That led Shirk to Ben, a GSD who bonded with her so tightly that he literally saved her life one night. Energized and with purpose, she was soon out of the wheelchair and she knew she wanted to give others­–children in particular–the benefits of canine helpers. She founded 4 Paws for Ability, a non-profit organization that trains dogs for people who wouldn’t otherwise have access to a four-footed assistant.

Without a Goldendoodle named Casey, young Connor would have felt as though he had no friends. Little Lucy, suffering from PTSD, didn’t want a dog; she was afraid that her parents might love a dog more than they loved her and that was scary. Logan didn’t know he needed Juke or the tracking skills that Juke possessed. Iyal’s father was against a 4 Paws helper, until he saw the change that Chancer made in his son. And Shirk, a lover of big dogs, never thought that a little one would capture her heart.

If you’ve read this far and you’re a dog lover, it should come as no surprise that your dog (and dogs in general) can do amazing, wonderful things and yet, says author Melissa Fay Greene, science has been slow to concur. In “The Underdogs” she explores that eked acceptance, and how canine emotions and intelligence go hand-in-paw with the work that service dogs do.

That’s a powerful, uplifting smile-on-your-face tale that’s somewhat marred by its telling: Greene is a renowned novelist, and this work of non-fiction reads like a novel. Normally, I think that would be fine but we’re given physical descriptions of every person we meet in this book (great in a novel; meaningless here), as well as a lot of conjecture that get in the way of a story that could easily stand by itself.

Still, there’s no dog-person in the world that wouldn’t be able to find treats inside this book, including me, who actually enjoyed it overall. If you need more fodder for your Dogs-Are-Best stance, “The Underdogs” will make you howl.