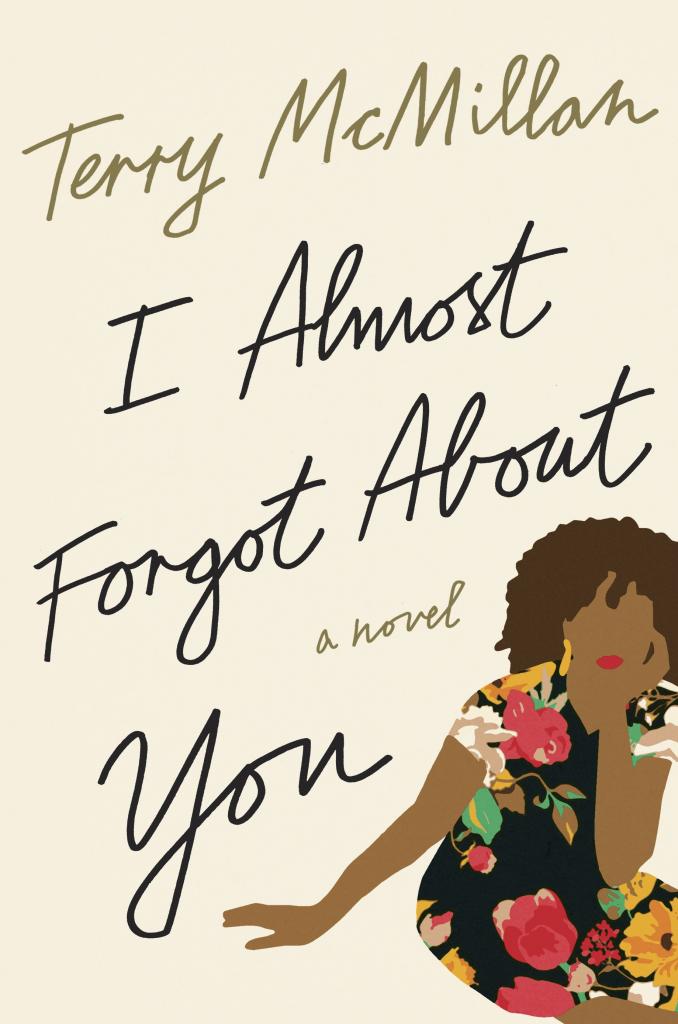 In every love life, there’s always “the one that got away.”

He got away because both of you were too young, too scared, too broke or too different. Things were said that couldn’t be unsaid, done that shouldn’t have been done. It just didn’t work out then, but what about now? In the new novel, I Almost Forgot about You by Terry McMillan, he’ll never get away twice.

It should have been an ordinary run-of-the-mill Monday. That’s the way it started for optometrist Georgia Young: new prescriptions, return clients, follow-ups and one new Monday-morning patient who (surprise!) turned out to be the daughter of a man Georgia dated in college and had fallen for. She never told the guy she loved him though, and she never would…because he was dead.

Shaken to the core, Georgia began to think about all the men she’d slept with and the ones she’d fallen in love with. How would life have changed if she’d stayed with any one of them? She’d been divorced twice…would the number have been higher or lower? Would she have more than her two daughters, live somewhere other than San Francisco, travel, cook for two?

At nearly 55 years old, she figured she’d never find love again, but she at least needed closure. With the urging of her BFF, Wanda, Georgia made a list of the men she’d once loved and she promised herself she’d find them, not because she wanted to rekindle anything, but because she had so many questions for them and for herself.

Finding her ex-husbands was easy. Michael happened to be moving back to California, and Niles was out of jail for his white-collar crime; both were happy and had moved on with their lives. Georgia was even able to stop hating them.

But Abraham wouldn’t be easy to find. Neither would Lance. There were two James’, two Harolds, Thomas, Horace, and others, and one other guy that Wanda remembered, and added to the list. Georgia knew she’d never find them all, especially since she had a business, a busy family and a life to live.

Still, they were all men she’d remember forever. But would they remember her?

Show of hands: who hasn’t spent girlfriend-time talking about boyfriends? Probably nobody, so I Almost Forgot about You is a comfortably familiar story.

That’s not to say that it’s same-old, though. Like she did in many of her other novels, author Terry McMillan gives readers a cast of strong-minded, smart women who lean on other strong-minded, smart women. In this book, however, we see a few more bruises from living, rather than from relationships: Georgia and her friends are looking toward retirement, a little less stress and no more drama. Even so, they get drama anyhow and you’ll be glad for it.

This novel is for anyone who’s lost a love and wondered, “What if…?” It’s a book you’ll want to share with your friends. I Almost Forgot about You is a book you shouldn’t let get away.