5am on a Saturday morning is usually spent in bed with intentions of sleeping in, but if you’re chef Justin Schwartz the engine of your vintage airstream truck is all revved up.

Between Martha Clara and Corey Creek Vineyards, Schwartz spends 15 hours a day preparing 700 orders for Noah’s on the Road, an extension of Noah’s in Greenport, a small-plate lover’s dream a stone’s throw from the harbor.

Along with being a part of the trend of using locally sourced ingredients, Noah’s on the Road distinguishes themselves by growing their own produce.

“I grow my own salsa ingredients in my backyard in Southold,” said Schwartz.

And he’s not just talking about tomatoes and onions. Schwartz harvests jalapeño peppers, and Mexican oregano and cilantro. It only takes about a minute and fifteen seconds to cook up a pair of delectable tacos topped with his zesty home grown salsa. And Schwartz’s mom is in on it, too.

“[She] grows the kimchi cucumbers that we use, as well as the sauerkraut we serve on the hot dogs.” 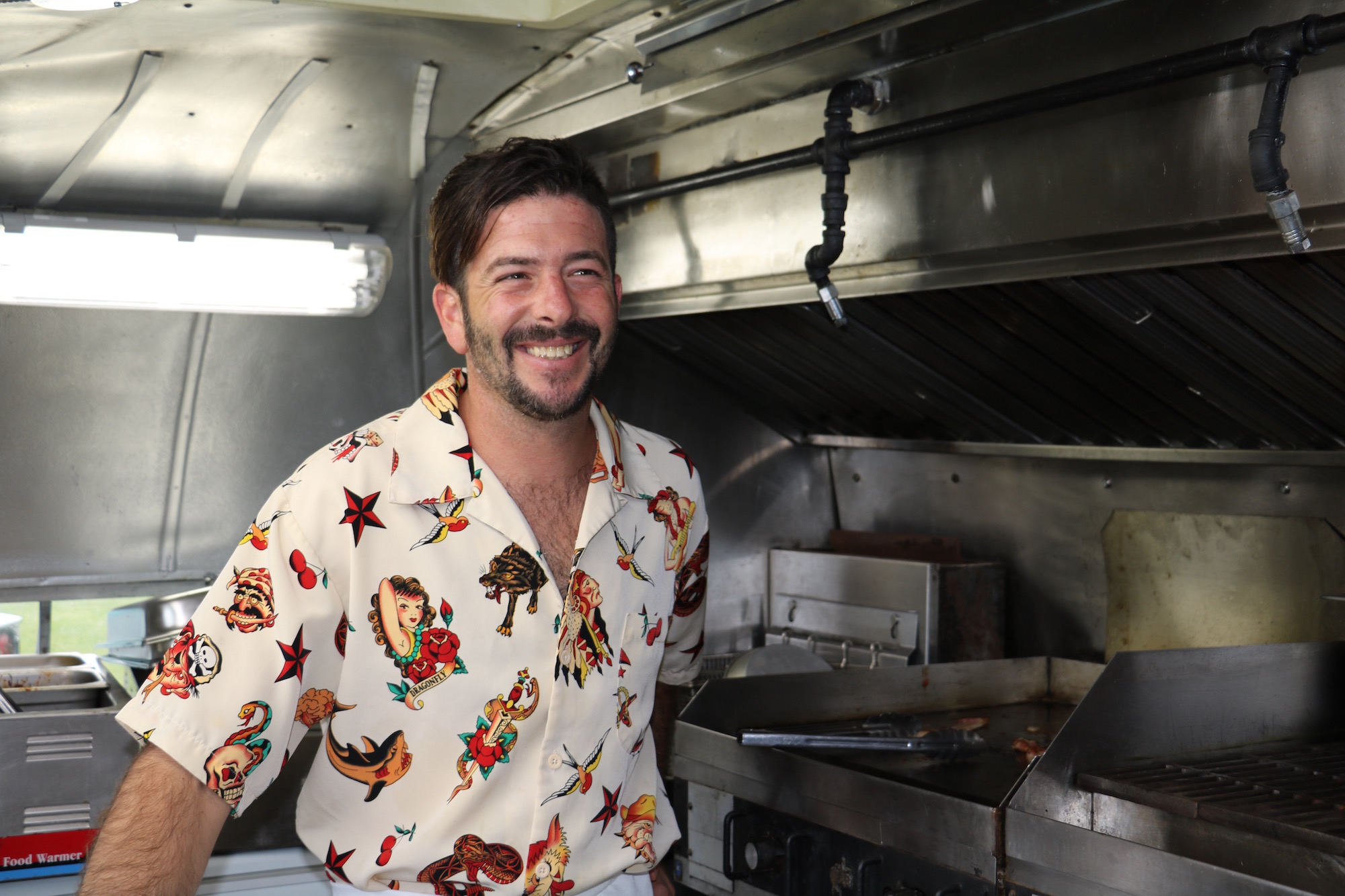 Hundreds of people line up at the truck on summer weekends, and Schwartz has found people initially come out for the food truck and then decide to stay for the wine.

The much sought-after menu includes 8 to 10 dining options, even with only two stoves in the kitchen and limited pantry space. Of all the plates, Schwartz recommends the blackened avocado taco, a crispy corn tortilla dressed in shredded cabbage, local corn, black bean and chipotle aioli. He drops in just enough spice to add a mouthwatering tang. 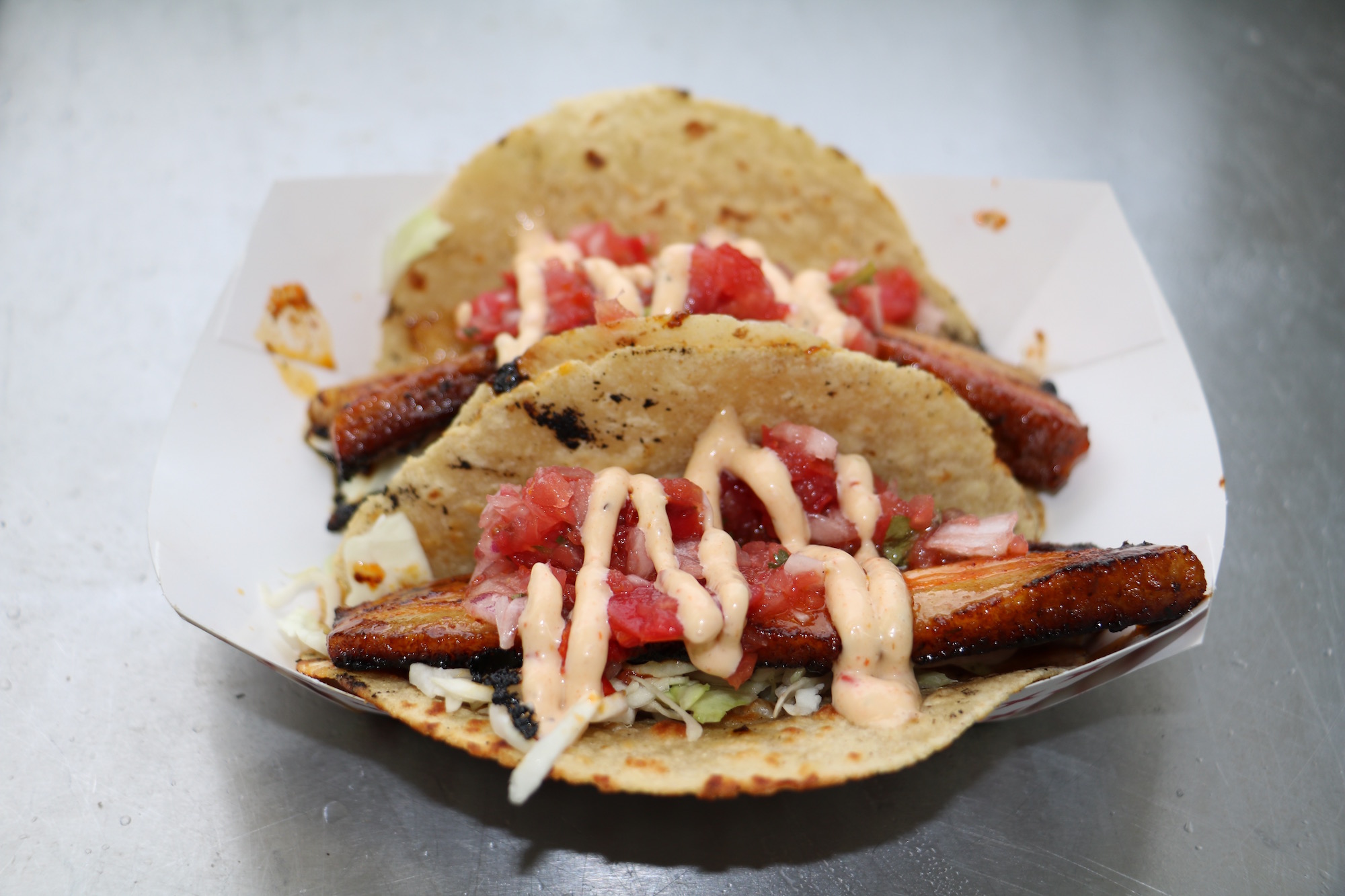 The sriracha honey glazed pork belly taco is also a crowd pleaser, served with cabbage and drizzled in a picante salsa and chipotle aioli sauce.

The Kobe burger slider is another fan favorite. Tomato, lettuce, Applewood wood smoked bacon, cheddar cheese and guacamole overflow from a warm Martin’s Bun. It adds just as much Americana as the authentic vintage air stream.

“As soon as anyone sees the 1964 Airstream the first thing they say is that they always wanted one. It has so much history and people are excited about it.” 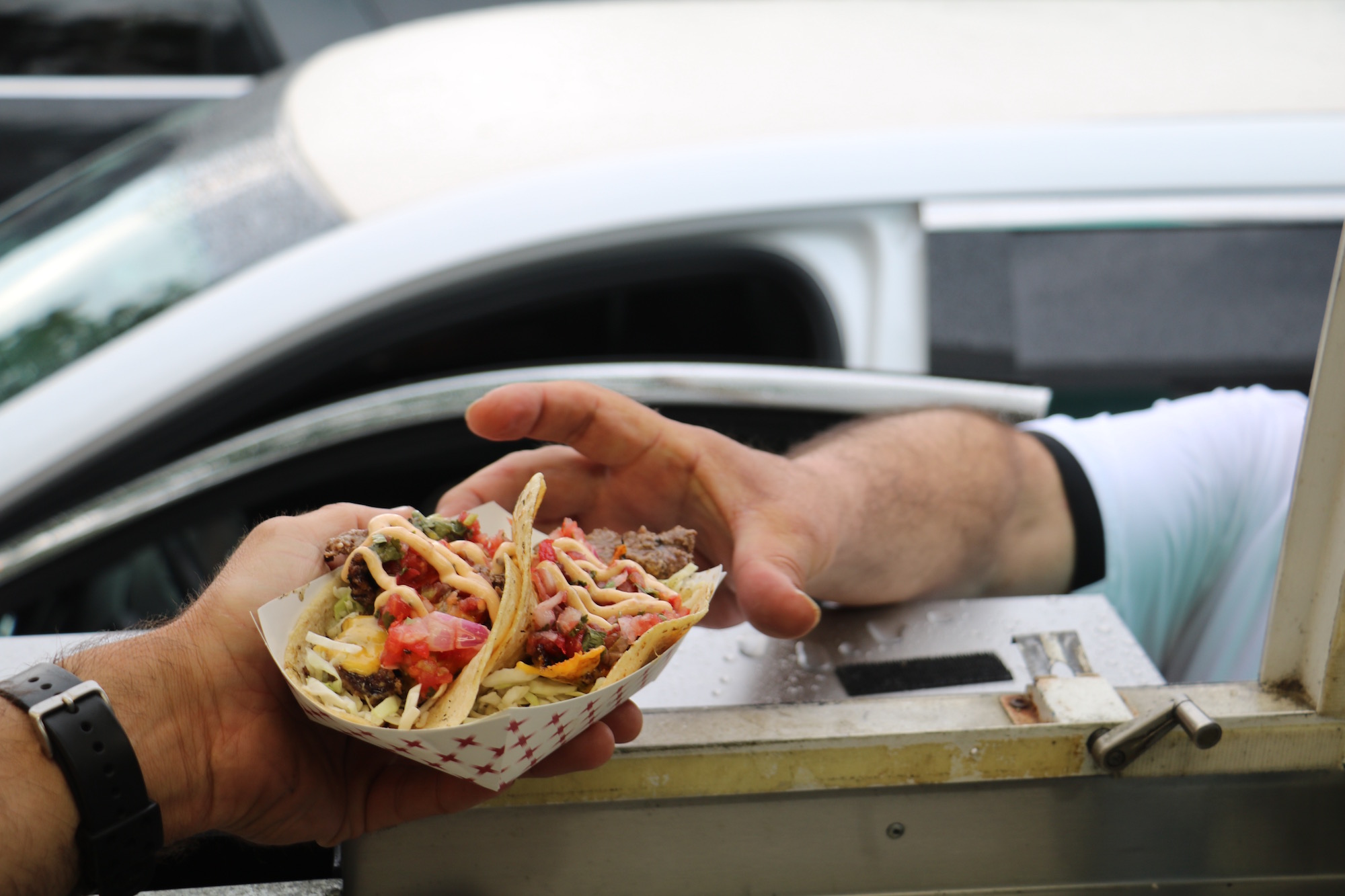 And now Noah’s can be in two places at once. A second truck will be out and about on the East End this summer and serving clients at private parties.

There’s no reason to stay hungry, my friends.