Not every day is a beach day on Long Island. Sometimes the weather doesn’t cooperate and sun won’t shine, and then where do you celebrate summer with an ice cold beer without having to step inside a humid, crowded bar? If you’re a craft beer enthusiast, Destination Unknown is your answer.

Related Content:
7 Surprising Facts About Beer to Brew Over
The 2016 Ultimate Guide to NYC Rooftop Bars

This open-aired, industrial-looking tasting room looks intriguing from the street. Outside the tasting room, Great Danes sit alongside beer drinkers at the picnic table while kids reach into oversize buckets of chalk to doodle on the pavement. As you approach the large garage doors, wood details brighten up the space and beckon you inside. You’ll find eight seasonal taps on constant rotation.

I sat down with brew master Chris Candiano last week to discuss what’s going on now with his Bay Shore brewery. 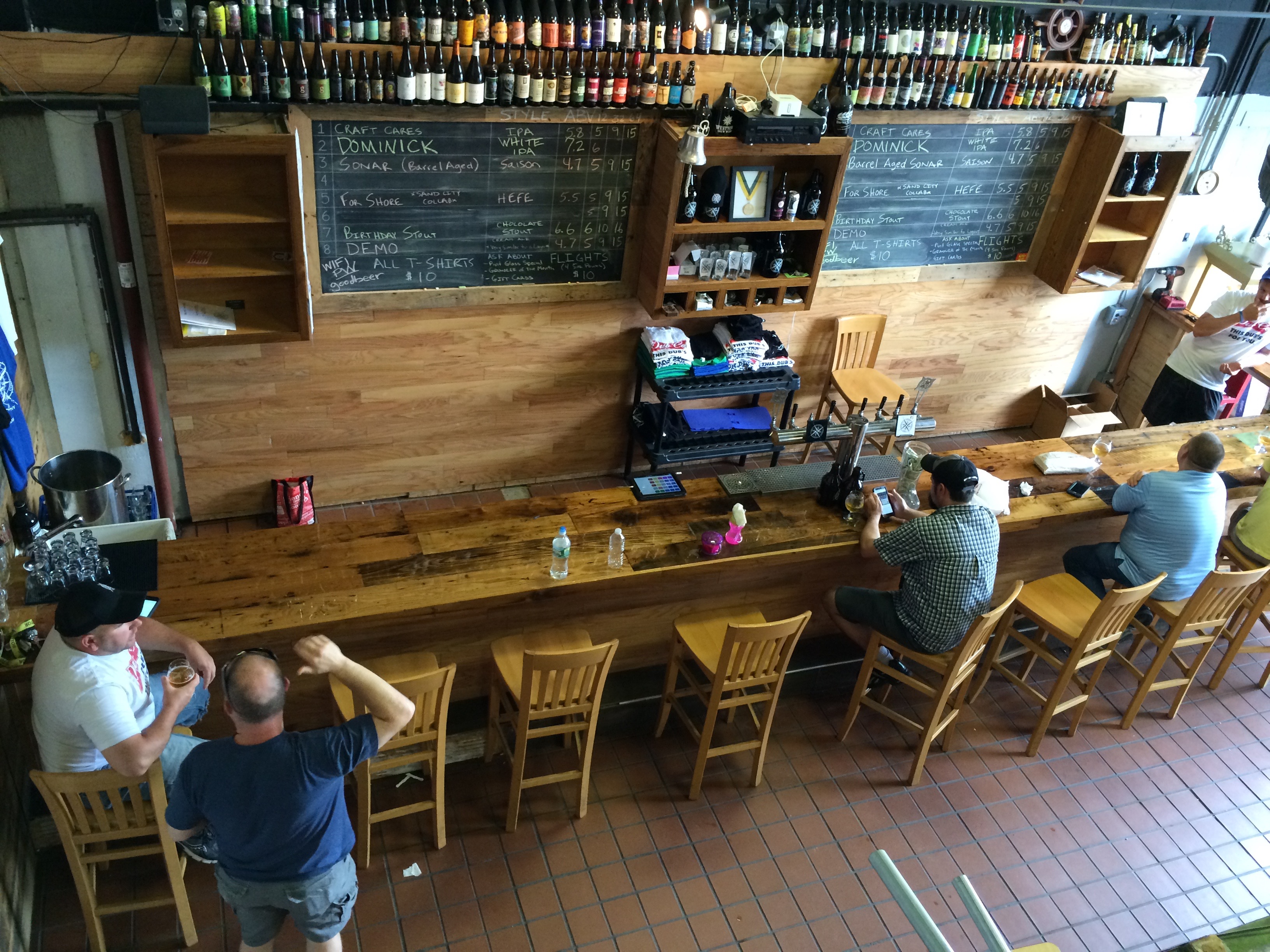 Long Island Pulse: How did you and Brad Finn start Destination Unknown?
Chris Candiano: One day after college I bumped into Brad in West Islip. We were both home brewing and started talking about it. One thing led to another and we decided to start brewing together. I like darker beers and Brad likes lighter beers, so it was a good balance. Brad’s house was the house that everyone liked to hang out at so we set up a kegerator there and we’d invite all of our friends over to sample the beers we had on tap. We just kept asking our friends for honest feedback, which really helped us figure out what to brew. A few years after home brewing, we had some liquid courage in us and said let’s do this for real.

Pulse: How would you describe your beer culture?
Candiano: We operate the brewery as if we’re still homebrewers. Our small scale production allows us to experiment and brew a lot of different styles. Our customers really like that. They know that from one week to the next, there’s always something different on tap and this keeps their interest in our brewery. Craft beer drinkers love variety and they don’t want to drink the same thing over and over again.

Pulse: What would people say is your flagship beer?
Candiano: It would probably be Dominick, a White IPA named after Brad’s brother who passed away. We tend to make it pretty often and the public loves it. We use a lot of wheat in the grain bill and use a Belgian White beer yeast which gives it a really unique taste.

Pulse: What’s on tap for summer?
Candiano: We’ll be doing two IPAs–Dominick and an Imperial/Double IPA called Sore Thumb. We’ll also have an India Pale Ale called Mellow Mood and an Apricot beer called Beach Chair Blonde. Those four are on heavy rotation for the summer. We’ll also have a rotating IPA, a New Zealand Hop IPA, our Gilgo Gose, which is a German style salty sour beer, and our Demo Cream Ale that’s perfect for people who aren’t sure if they really want to drink craft beer.

Pulse: Tell me two exciting things that are happening right now.
Candiano: We just celebrated our one-year anniversary last week by upgrading to a new system which will increase our capacity from 30 gallons to 90 gallons. And our Demo Cream Ale will be on tap at Local Burger this summer. It’s a great, simple beer to enjoy with a burger. We’re really excited about that.

Pulse: What’s been your proudest moment so far?
Candiano: We just won the gold medal for Best Belgian for Tripel Rainbow, our hoppy Belgian Tripel, at Tap NY. It was the first beer that we ever entered into a competition. To be judged by fellow beer makers and to have them select our beer out of all of the amazing beers in New York State is just amazing. It was shocking and it definitely made me feel justified–like we’re doing something right. There’s a lot of blood, sweat and tears that go into this and to win was mind blowing.