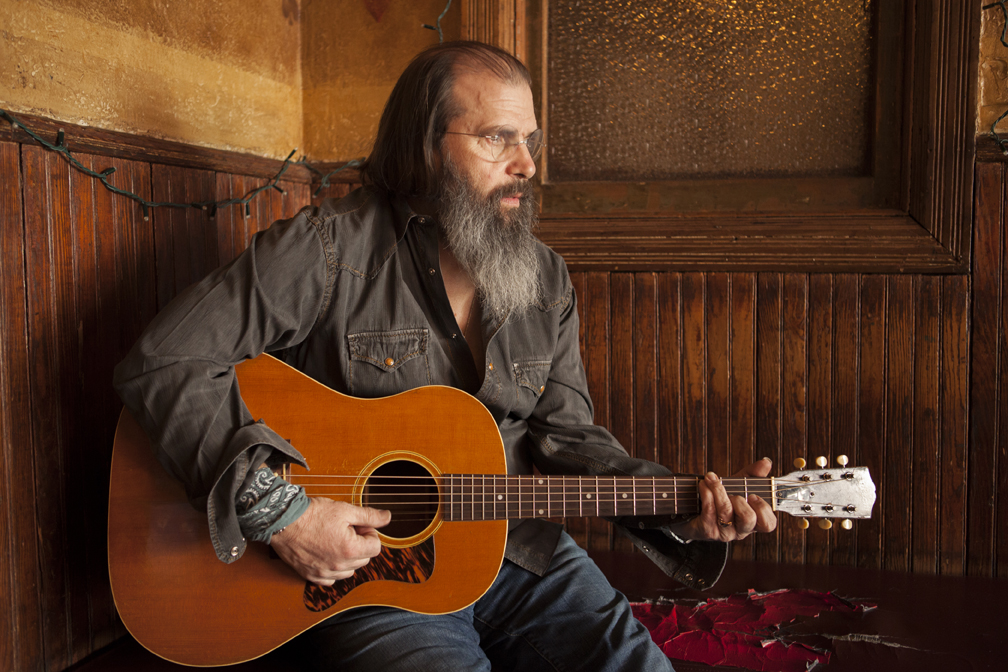 Steve Earle says collaboration with Shawn Colvin is not a short-term experiment.

Troubadour Steve Earle has shared the stage with Emmylou Harris, Mary Chapin Carpenter and countless others over his illustrious career. But he’s breaking new ground with a forthcoming album Colvin & Earle, a collaboration he formed with fellow singer-songwriter Shawn Colvin.

“We’ve known each other a long time, but Shawn has done some tours in the past where she went out and shared a bill and stage with somebody,” Earle said. “She asked me to do one of those with her. I’d play a song, she’d play a song, we would play some songs and tell stories. We had a rapport doing that, but the big surprise was us singing together. The way our voices sounded together made me want to do a record.”

Earle, who is performing at The Stephen Talkhouse July 16, worked with Colvin in Nashville, Austin and his New York City apartment to flush out the album. Released in June, the album is a mix of originals and covers including “Ruby Tuesday” by The Rolling Stones.

“It’s like fantasy camp,” Earle said. “Our covers are the stuff we grew up listening to. We went ahead and recorded some covers we’d been playing that we liked a lot. We’re really proud of the record.”

Earle’s appreciation for Colvin runs deep and dates back to when she covered Earle’s “Someday” while he battled drug addiction.

“It came out when I was literally homeless,” Earle said. “It was that and Emmylou Harris recording ‘Guitar Town’ were two little tiny bright spots in my world at the time. I’ve never forgotten it.”

Colvin’s kind act drew him to her, but he loves her no-nonsense attitude just as much.

“She wrote the f—king Lilith anthem,” Earle continued. “She has a uniquely female point of view that has nothing to do with being a victim.”

Earle, father of roots musician Justin Townes Earle, has a busy 2016 of touring, working on a new studio album and celebrating the 30th anniversary of his landmark Guitar Town album. A second Colvin & Earle album is also on the horizon. And he got political earlier this year when he endorsed Bernie Sanders who used Earle’s “The Revolution Starts Now” song at his rallies. Though Hillary Clinton has since been named the presumptive nominee, Earle still has his eyes on the news cycle.

“If you don’t think reality television does damage culturally then look at what’s happening in this election,” he said. “For Donald Trump to be a political candidate that’s real.”