Arbor in Montauk kicked off in late May, a little more than a week before Memorial Day. Although it was still ironing out some kinks when I visited, Arbor has a lot going for it, including a gifted French chef, some Mediterranean-skewed dishes and a bright, airy, sunken dining room with wrap-around half walls that allow gentle tropical breezes to flow over guests.

Though this hip newcomer is a standard issue Montauk restaurant in many ways, it’s a handsome upscale spot serving sophisticated, pricey dishes that are cooked with a knowing hand and meticulously presented. The gifted executive chef is Pierre Sudre from southern France. After his culinary education in France and stints in its Languedoc-Roussillon region, he was a chef in Sofitel hotel kitchens in Houston, Los Angeles, San Francisco and Miami. 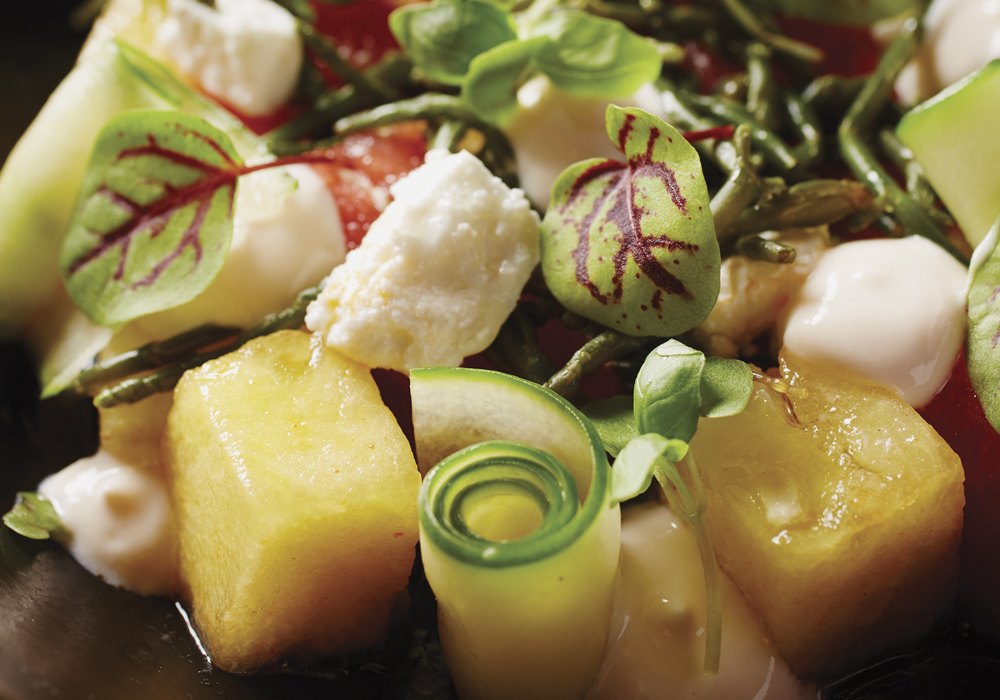 Starting off, the crusty chunks of bread here are among the best around, but if you want a second basket, you’ll probably have to ask for it. Although there is no appetizer section on the menu, a spectacular salad of kale, quinoa, pickled radishes, cauliflower and almonds shot through with roasted garlic dressing ($12) is recommended. So are the small plates that can be shared by two diners as a starter. The gambas (three grilled shrimp skewers, $16) with anis flambé are lovely and briny in equal measure. Even better are the three soft lamb short ribs ($14) that can be sucked off the bones.

For entrées, the roasted chicken ($28) is tender, juicy and extracts more flavor than seems possible from a familiar dish (it’s also one of only two entrées that cost less than $30). The rare-cooked Crescent duck snuggles up to maple glazed turnips and cauliflower purée ($31). And the market fish of the day was a dense and meaty black sea bass ($37).

In addition to 12 beers on tap and 6 bottles, wines are available by the glass, flight and bottle ranging $45-560. The four desserts ($11)—lemon panna cotta, chocolate tart, profiterole sundae and the usual ice creams and ices—are just a half step above run of the mill. Yet the ingredients are fresh and distinctive, and portions are sufficient without being too large.