Speaking with Graham Nash backstage after a recent performance at New York City’s Town Hall, I had one burning question for him: How can it be that his voice sounded, um, younger than yesterday? The 74-year-old Nash had no direct explanation, but the light in his eyes, smile on his face and energy that emanated from his being all bore testament to a man who has discovered the truth behind the phrase, “You are only as old as you feel.” For Graham Nash, these are truly golden days.

This Path Tonight, Nash’s new solo release, his first since 2002’s Songs for Survivors, showcases an artist who sounds like a 20-something singing with a wisdom that only time and experience can inspire. This collection of 10 songs that deal with Nash’s journey through music, life and love has captured the imagination of listeners worldwide. Its Billboard debut at 93 was Nash’s highest charting solo album since 1974’s Wild Tales.

Pulse caught up with the Rock and Roll Hall of Famer to discuss his musical past, present and future. And his headlining gig at the Great South Bay Music Festival this July. 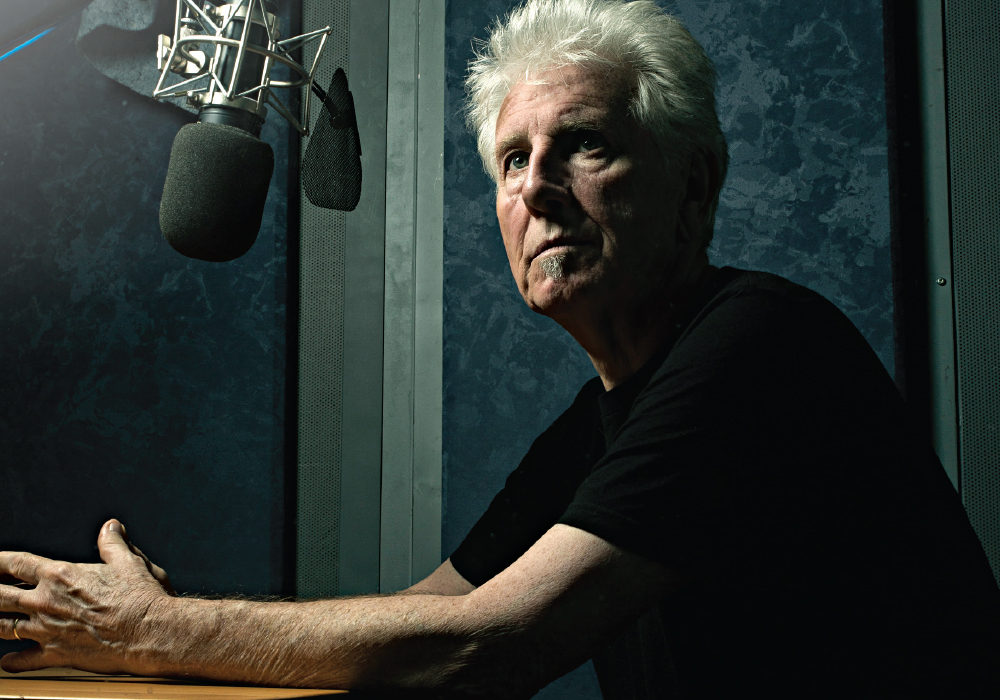 Long Island has played a pivotal role in your musical path. What are some standout memories?
It’s where we rehearsed the very first Crosby, Stills and Nash record. Our friend John Sebastian rented us a house on a lake in Sag Harbor. I thought we were going to rehearse the album acoustically, but when I got there, Stephen [Stills] had assembled a band with Harvey Brooks on bass and other people—Dallas Taylor, our drummer, of course. Yeah, many fond memories!

You’re no stranger to outdoor festivals. What made you commit to Great South Bay?
To communicate. The first thing writers do when they have new songs [is to] communicate them to as many people as possible, and that festival is reputedly great!

You’re on the road with guitarist Shane Fontayne, who also produced the new album. Can you describe the collaborative process between you?
I’m always a little uncomfortable writing with other people. Writing is such a personal thing to every musician and composer, but with Shane, I can only liken it to writing in a mirror. And that’s how close this musical relationship is. It’s based on great respect; he’s a brilliant musician. I realize that his main job, as a producer and as a musician, is to make the song come alive. Don’t play too much, don’t try and be smart, let the song come alive. That’s what Shane is brilliant at doing.

You have always been as much of a teacher as an artist. What are some of the most important lessons you would teach today’s youth?
I think we have to realize one very important fact: although children are only 25% of our population, they’re 100% of our future. We must take great care in bringing them up and feeding them and stuffing their life with beauty. That’s one way we could change the world, a great way to do it.

The new album and tour is a continuation of a lifelong journey. In previous conversations, your view of time and the aging process had more of a fatalistic air—
I can only credit that to my girlfriend, Amy Grantham. Even though I’ve done a lot of work with many, many CDs in the last 10 or 12 years, [plus] 400 shows with David and Stephen, I was kind of pretty flat, emotionally. I divorced and I fell in love with Amy, and now I’m back on fire. I’m back with a purpose in life, and I’m looking forward to my future. I think it’s going to contain a lot of creativity and a lot of beauty.

Are there any plans for you after this tour ends?
I’ve always got plans! I’m in the process of several things. Amy is a wonderful artist and she does a lot of collage work; we’re working on a book. I’m trying to help her get it to as many people as possible. We have a book of her portraits of me, of our self-portraits—it’s very, very interesting. And musically, of course, I’m still writing. I still have seven songs left over from this project and it won’t be 14 years before another Graham Nash record!