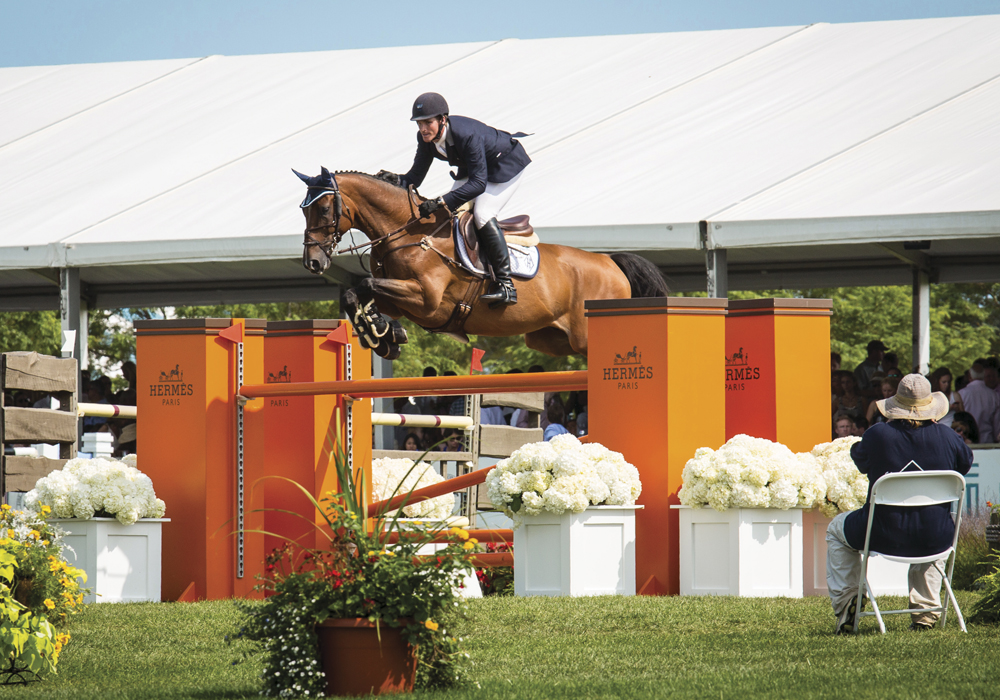 THE SUMMER SOCIAL SEASON in the Hamptons attracts many famous faces to our East End. These star-studded sell-out soirées are often for charity and open to the public. Although “Hamptons chic” is the typical attire, check if there’s a theme and peruse fashion photos from previous years for inspiration. Don’t count on cellular service, make sure to have the sunscreen ready, bring cash for valet (or prepare to park and take a shuttle) and ladies, opt for wedges and save the heels from getting coated with grassy divots.

Last year’s inaugural event was such a huge success that this year’s event is one of the most anticipated of the summer. The St. Jude Children’s Research Hospital Hamptons fundraiser is hosted by a St. Jude patient-family on their Water Mill farm. The tented event, complete with a gourmet buffet dinner and live auction (that once had Matt Lauer doing jumping jacks to raise money for the cause) attracts over 700 high-profile guests.

This year’s summer fundraiser celebrates the Bay Street Theater’s 25th Anniversary. The evening will begin with scenes from past hit Bay Street productions, followed by a party in a large tent snuggled up against The Long Wharf (just in time for a scenic sunset). Alan Alda is honorary chair, and special guests include Richard Kind, Alec Baldwin and Jason Alexander (yes, the Elaine dance is totally acceptable on the dance floor).

This annual Simmons family soirée brings out Russell Simmons, along with his brothers Danny and Joseph “Rev Run,” and raises money for the Rush Philanthropic Arts Foundation. Tents are filled with art, hip-hop heavyweights and guests dressed in their themed best, which changes annually.

Expect to see superheroes and superstars at CMEE Celebrates Heroes. There are arts and crafts, games, goodies and even water rides at this annual day of play. You’ll spot famous families like those of Molly Sims, Jane Krakowski, Tiffani Thiessen, Ali Wentworth, Julie Bowen, Christa Miller and Bridget Moynahan exploring the museum and joining in the outdoor festival fun.

It’s the Hamptons’ biggest buffet, so bring your appetite and join in the foodie festivities. Dan’s Taste of Summer has a new location. It once again kicks off with GrillHampton on Friday night, where NYC chefs compete in a cooking competition with Hamptons grill masters. This BBQ battle will be hosted by Travel Channel’s Adam Richman. Saturday is the super smorgasbord, Dan’s Taste of Two Forks, hosted by Iron Chef Alex Guarnaschelli. Arrive early and hungry, and sample some of the best delicious dishes and drinks the East End has to offer. 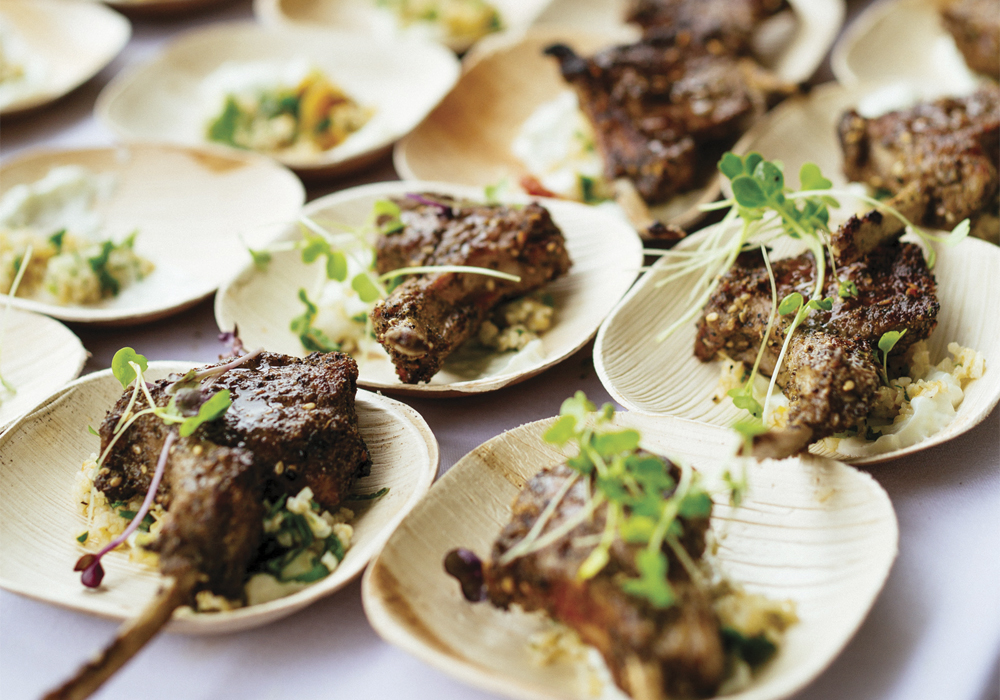 It’s a garage sale gone glam! Shop alongside the stars and score designer discounts at Super Saturday to benefit the Ovarian Cancer Research Fund. Created by Cedarhurst native Donna Karan and hosted by Kelly Ripa, you’ll find fashion’s finest like designers Michelle Smith, Shoshanna and Rachel Zoe, as well as Joe Zee, Mark Feuerstein, Lisa Rinna, Beth Stern, June Ambrose and Jonathan Cheban rummaging through racks. Savvy Super Saturday shoppers begin their bargain hunting by grabbing a map and hitting their favorite designers first (and also stick around until the end for the super slashing of prices). Note, there are no dressing rooms, wear a bathing suit under your clothes to try on potential purchases. Bring the kids along, they’ll love the carnival rides and Camp Divalysscious.

This two-part super summer event begins with over 200 paddlers racing at Havens Beach in Sag Harbor. Last year power paddle couple Gabby Reece and Laird Hamilton hosted the race, while Tracy Anderson, Breckin Meyer and Lena Dunham got on boards to raise money for the Breast Cancer Research Foundation. As the sun sets, the Party for Pink begins at Fairview on Mecox Bay, Bridgehampton. With Gwyneth Paltrow as a host committee member, expect the party to be packed with her famous friends (dressed in pink of course). 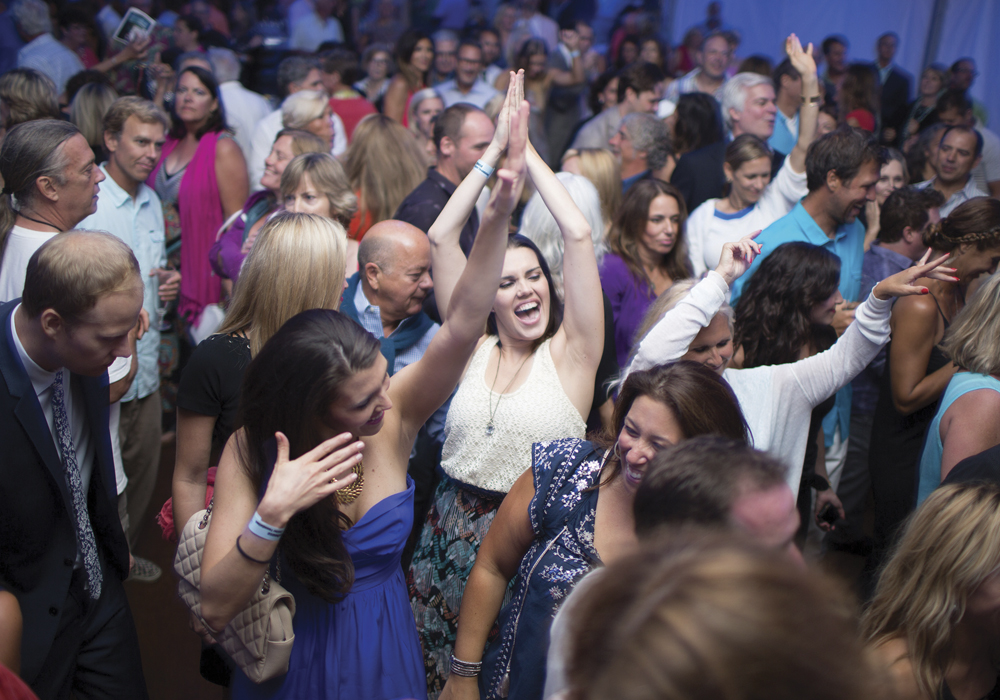 It’s a laid-back summer gala at The End. In past years, this fundraiser for the historic Montauk Playhouse brought out locals like Montauk mom and Oscar winner Julianne Moore, Chad Smith from the Red Hot Chili Peppers and Jerry O’Connell and his brother Charlie, of The Bachelor.

A cocktail in one hand, a sharpie in the other! Make the rounds and meet more than 100 distinguished authors at this big book signing benefit. Literary lovers join founding chair Alec Baldwin along with guest authors including Christie Brinkley, Dick Cavett, Mary Higgins Clark, Nelson DeMille, Eric Ripert and Dr. Ruth Westheimer at this signing session on steroids to raise funds for the East Hampton Library. Get the lay of the land and snag your favorite authors’ autographs first, as celebrity scribes sell out of their books fast. Join the VIP book club and buy a ticket to a private post-event party at a Hamptons home to dine with your favorite writer. 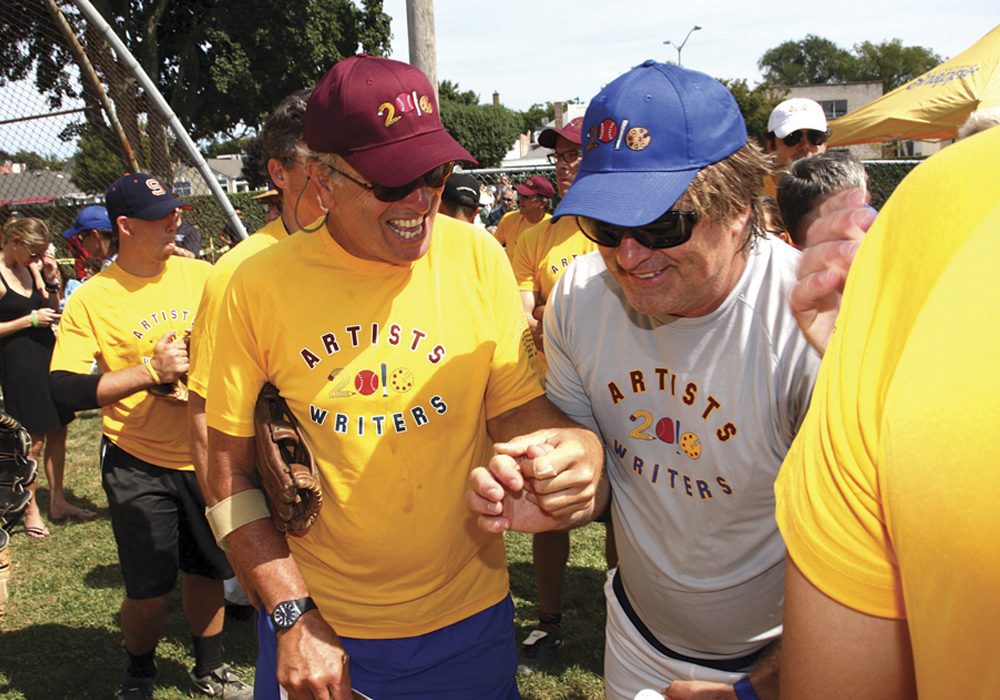 Batter up for this pens vs. brushes event. Spot famous faces in the stands and stepping up to the plate. The competition is fierce, if you want to score an autograph, show up to batting practice before the game begins. This fun family day at the ballpark benefits East End charities—it’s a win-win.

See the world’s best equestrians on the Bridgehampton show grounds at this annual summer closer. There’s plenty of food along with super shopping and showmanship. Although some of the biggest stars like Billy Joel and Madonna have been spotted in the spectator stands at weekday competitions, you’ll find the most famous faces in fabulous hats at the Grand Prix. In past years Jennifer Lopez, Sofia Vergara, Beth Stern, Jon Bon Jovi, Matt Lauer and many others have been spotted in the VIP tent.