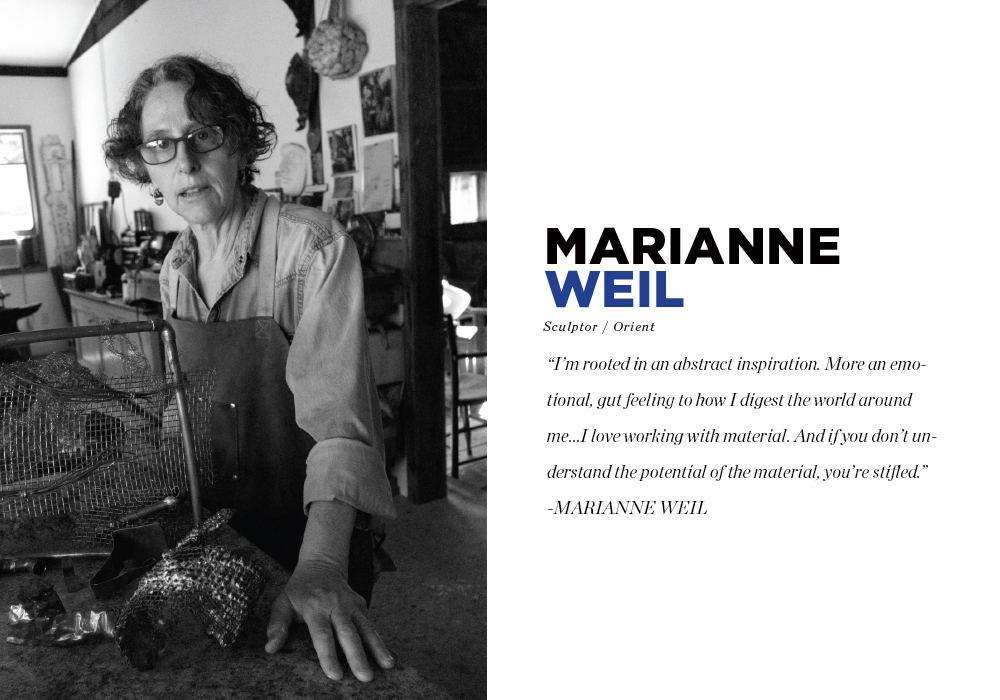 Marianne Weil is represented by Ille Arts in Amagansett. Her work will be included in the Long Island Biennial at the Heckscher Museum in Huntington opening this September. marianneweil.com image: lloyd ziff

SCULPTOR MARIANNE WEIL WORKS MOSTLY IN PATIENCE. The materials are her dialect, articulating a tension that “could not be described in other materials…[about] the collapsing nature of life around us. But then the rebuilding.”

Weil has been working with bronze for 35 years, switching to copper in 2010, and glass is her forte. She chose the two materials partly for their porousness but also their disparity. Engaging in the marriage of copper and glass allows her to experience tension in an exciting way because “they are so different in their co-efficiency, their expansion and contraction rates. And also the density and fragility of the glass.”

Traditional figurative exercises are of no interest. (Busts and idealized nudes need not apply). “I’m rooted in an abstract inspiration. More an emotional, gut feeling to how I digest the world around me…I love working with material. And if you don’t understand the potential of the material, you’re stifled.” Thus she works both with those materials and against them, urging their possibilities free of tradition.

Weil is inspired by the Neolithic and Prehistoric, often visiting sites and creating reliefs that draw from their silhouettes. “The forms are generated by imagery that I see and then I interpret and reinterpret. A lot of these pieces have the puncture, the window openings that are inspired by walking through the caverns and tombs. And I think that’s one reason I was led to glass—because of the transparency. I wanted to see further in. The density in the bronze didn’t allow that.” 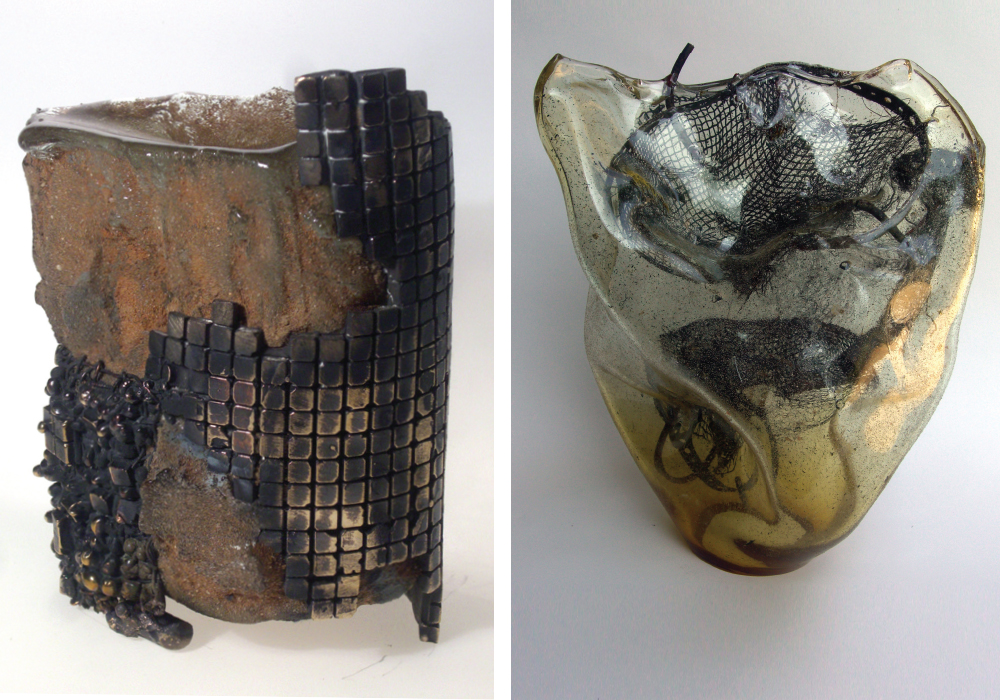 Although Weil is dedicated to her discipline and credits her long-term relationship with the style as the exponent of maturing as an artist, the works are a manifestation of her underbelly exposed right there on the shelf. And we like it. People are “not buying it because they’re beautiful. It strikes a cord of truth. I don’t think anyone who buys the work really looks at it. They like the tactile quality…there’s a sincerity and a gutsiness and there’s a bit of chaos.” The artist takes risks to get herself there too. She’ll incorporate the geometry of a metal grid with ladled hot molten glass—a certain control within the chaos and unpredictability of how the shapes evolve.

The idea that an object can bridge people through time is intoxicating for Weil. Nowhere is this more obvious than in her sandcasted pieces. “I get this texture, the grodiness that I really love. So much about glass is that decorative look—a reflective quality. I almost bend over backwards to not have it reflect too much.” They’re fossils in their own right. Ripe with the detritus of her process, the passage of time clings to their rough edges. You can imagine them swimming at the ocean’s bottom a millennium ago like prehistoric sea creatures. Or as alien beings finding their way here one thousand years from now.