McLaren has “state of the art” written on everything that comes out of their ultra-modern, eco-conscious plant in Woking, about 30 miles from London. The factory looks more like a pharmaceutical lab than a car-building facility. Some say the cars are sterile and unfeeling when compared to hot-blooded Italian stock. But no one can argue the engineering excellence, build quality and performance capability of McLaren’s current Super or Ultimate series, with the outrageous P1. The latest lineup is the Sport series, as McLaren calls the entry-tier model range, launched with the 570S and 570GT. Within its price range, the McLaren 570S was designed to do battle with Porsche 911 Turbos and the like. Though within reason, it can compete with cars far more costly but little (if any) more capable.

Is it a daily driver? If need be, though a 911 or R8 better fills that bill with easier doors and more user-friendly cabins. The differences between cars like this new McLaren and the Audi R8 or even a Lamborghini Huracán are as distinct as the languages their builders speak. But as an automotive statement, the McLaren 570S speaks volumes about a perfectionist owner who wants a cutting-edge sports car that is as technically competent and rewarding to drive as it is aesthetically outstanding. 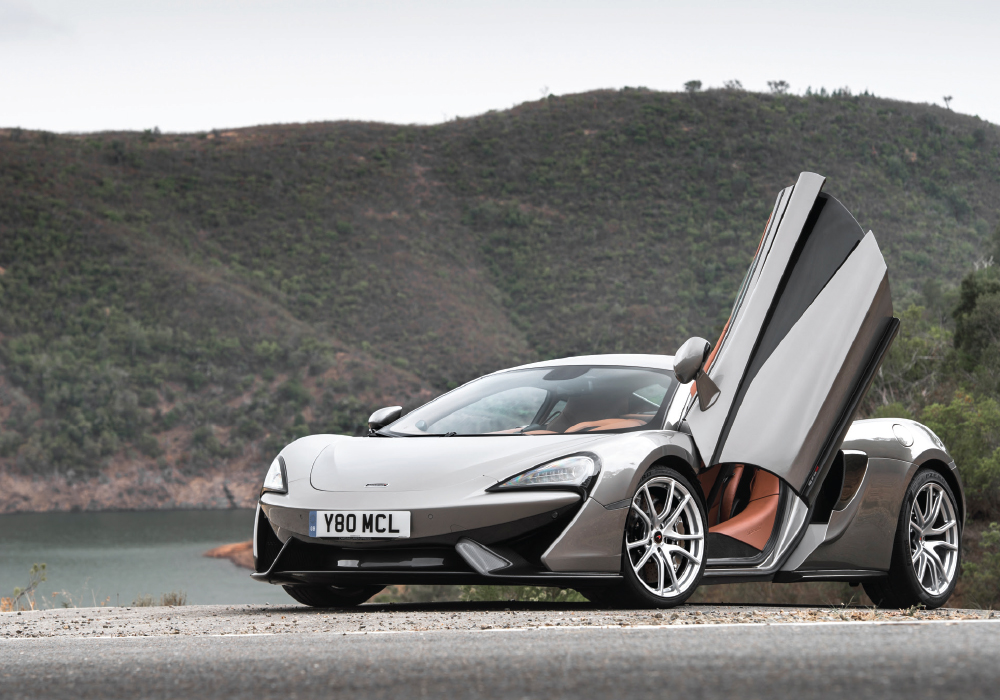 At a starting price of just under $185,000, the McLaren 570S features genuine supercar technology, like a carbon fiber monocoque chassis and leading-edge user interface. Cost savings are accrued through the use of aluminum bodywork, as opposed to composite. But what a body. The 570S might win the award for the most fabulous shape you can buy for under $1 million. To the credit of McLaren’s design director Frank Stephenson, this has got to be one of the most beautiful new cars on the planet, with a purity of line and voluptuous curves that eclipse those of the more expensive McLarens. Catch a rear-quarter view and fall in love—the transition from side to fender to backlight flow is an organic arc reminiscent of the most exotic of underwater creatures.

This McLaren is also as modern and advanced as anything on the road today. Start with the dihedral doors that swing out and up, and cockpit instruments and controls that those without an engineering degree will need a minute to get used to. Newcomers will need to focus on the large, central touch screen to operate navigation, climate and the optional but sensational Bowers & Wilkins sound system. From a comfort standpoint, the 570S isn’t the sardine can one might envision from its compact outer dimensions and complex doors. The sport seats are supportive but comfortable, and complement an austere but functional cabin that could only come from the company that brought us the iconic, three-seat model F1. And although this car only seats two, it does so in unique McLaren style. 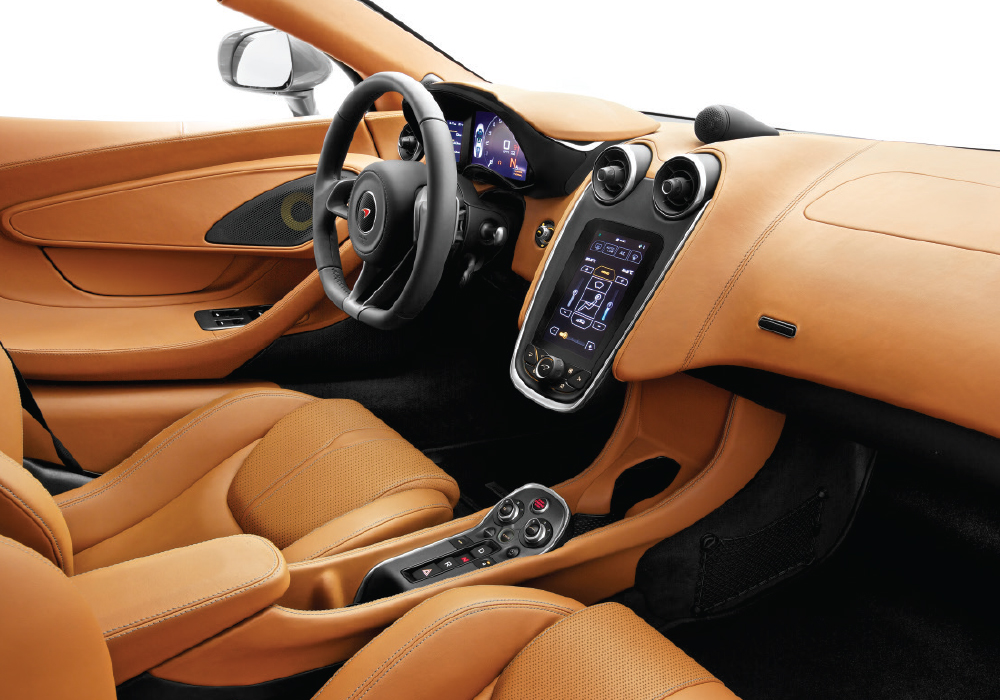 The shape and interior may be soft, but the handling is as sharp as a scalpel and stable at speed. Driving dynamics are exactly what purists want: rear-wheel drive that makes a direct connection to the road. Despite the lack of all-wheel drive, the 570S displays impeccable manners and is, perhaps, even too forgiving for those who want to test the extremes of adhesion. This is thanks to electronic safeguards like ESC and Brake Steer that applies braking to the inside wheels during aggressive cornering to enhance stability and safety. Carbon ceramic brakes are standard. Push the Manual button and paddle-shift the 7-speed dual-clutch transmission with your fingertips, although Automatic mode is the only way to fly in town. Dynamic mode sets all drivetrain and suspension parameters to the prototypical “11.” A Launch button tempts when no one’s around.

The carmaker makes a point of not calling this a supercar, but the performance of McLaren’s own mid-mounted 3.8-liter, twin-turbocharged V8 suggests otherwise. At less than 3,200 lbs, it feels light, and that’s a good fighting weight for a car that also delivers GT-level comfort and amenities. But who’s counting? You’ll be having too much fun.