IN A CINEMATIC UNIVERSE split between the fantasy worlds of Hollywood and the snarky irony of most independent filmmaking, it is rare to find filmmakers who focus on the quietly momentous events of everyday life. For more than 20 years, Japanese master filmmaker Hirokazu Koreeda (After Life, Nobody Knows, I Wish) has been finding powerful drama and hilarious comedy in the quotidian realities of daily existence.

Related Content
Did You Know These Films Were Shot on Long Island?
7 Places to Make it an Outdoor Movie Night

His latest movie, Our Little Sister, tells the fascinating story of three 20-something sisters, Sachi (Haruka Ayase), Yoshino (Masami Nagasawa) and Chika Koda (Kaho). They live together in the large, old family house, which they’ve had to themselves since their parents’ marriage broke apart after their father’s infidelities. Sachi, the oldest sister, has long functioned as a surrogate mother to her younger siblings. She again assumes this role when they learn that their father has died and left his teenage daughter, Suzu (Suzu Hirose), essentially orphaned. Sachi impulsively invites their newly discovered half-sister to live with them. Over the course of the ensuing year, the sisters struggle to adjust to their expanded family while dealing with assorted crises including romance, an illicit affair and the death of a close friend. 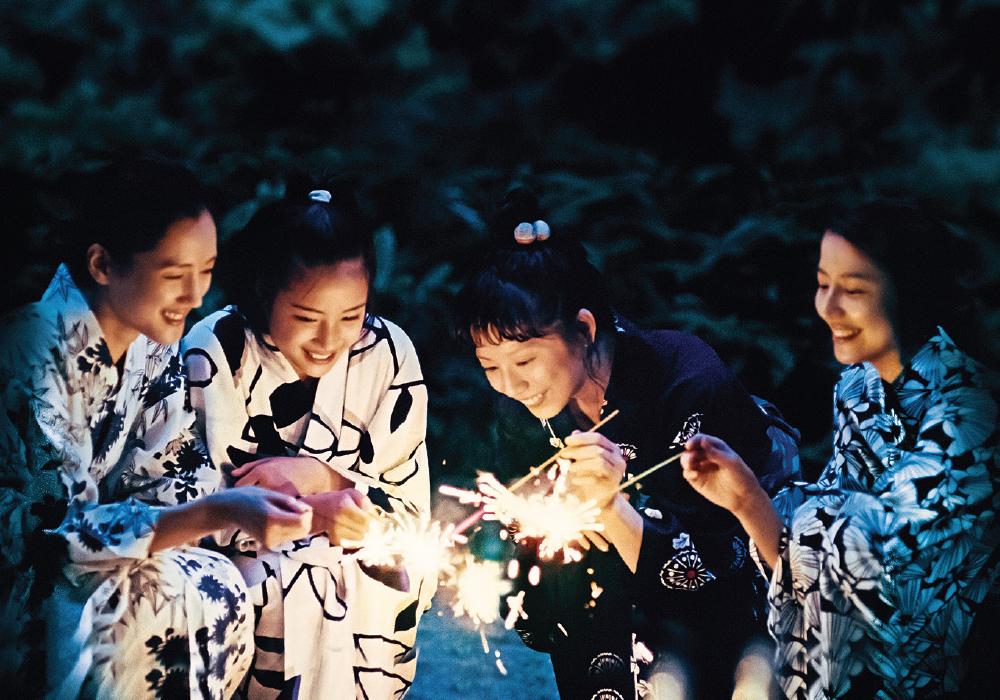 However, true to form Koreeda sidesteps melodrama, capturing instead the quietly irregular rhythms of most people’s lives. Underlying his approach is a deep understanding of human flaws, as well as an appreciation for the vast gulf between how most people see themselves and who they really are. Sachi has never forgiven her father for breaking up the family but must reassess her feelings when she falls into an affair with a married man. The seemingly casual storytelling belies the rigorous control that Koreeda displays. While the visual compositions never seem mannered, Koreeda often wordlessly elucidates the relationships between characters simply through their positioning in the frame. The stunning beauty of those images evokes the intense emotions that transform a seemingly ordinary incident into something unforgettable.

Koreeda’s outwardly modest filmmaking style actually masks a much more ambitious and cosmic vision of the world. Our Little Sister plunges us intimately into the lives of the Koda family, but also views them from a distance that puts their existence in a broader perspective. A strong emphasis on the landscape, the community and the Shinto ancestors’ shrine are just some of the elements that emphasize the ephemeral nature of life. The film’s acknowledgment of both the passion and insignificance of any individual person only makes the deeply emotional experiences of the family more precious. Each vivid moment in their lives is a luminous thread in an endless weave that stretches deep into the past and extends out into a mysterious future.

What’s your favorite foreign film? Tell us and join the chatter on cinema. Follow @longislandpulse on Twitter.