Philip Pavia’s flair for turning hard rock into free-flowing form is a testament to both his commitment to abstract expressionism and nature’s powerful role in the creative process. As a leader of the “The Club,” a group of well known artists and intellectuals that socialized and swapped philosophies in the 1950s New York art scene (de Kooning, Pollock, et al), he was a champion of free thought. He was also described as unpretentious and practical, qualities that can be attributed to his sculptures and drawings on display at the Pollock-Krasner House in East Hampton through July.

Pavia and Pollock were old friends and while they worked in different mediums, they shared an appreciation for natural forces. “Pavia first met Jackson Pollock at the Art Student’s League in the early 1930s, and they stayed in touch throughout Pollock’s life,” said Helen Harrison, director of the Pollock-Krasner House. “When the Museum of Modern Art undertook its first full Pollock retrospective in 1967, Pavia wrote of Pollock’s ‘unique invention of a way toward a full experience’ of art making. Similarly, I see Pavia’s approach to three dimensional form as both a deeply personal process and a more broadly applicable philosophy of creativity, one that is subjective without being esoteric.”

Pavia’s role as a leader, writer and artist reveals a man who was less interested in creating a “school of thought” or a “movement” than in opening the doors to a new way of thinking about art and the relationship between the natural world, the artist, his work and other creative people across all disciplines. From the outside, these connections may seem inaccessible, remote and highbrow. But as a survivor of the Great Depression, Pavia was a pragmatist who distilled these notions down to their essence: the primal relationship between his own hands and the big ol’ rocks in them. From Pavia’s perspective, it’s a relationship as old as time itself.

“It’s not a new pattern for artists to gather…and talk and analyze the visual experiences of the day,” wrote Pavia in his journals, compiled in Club Without Walls, a selection of his writings from the height of The Club’s influence. “It started twenty thousand years ago in the limestone caves. With hands, arms and fingers in place of refined adjectives, they talked about what inspired their eyes…In the cave, the artists exchanged their secrets.” 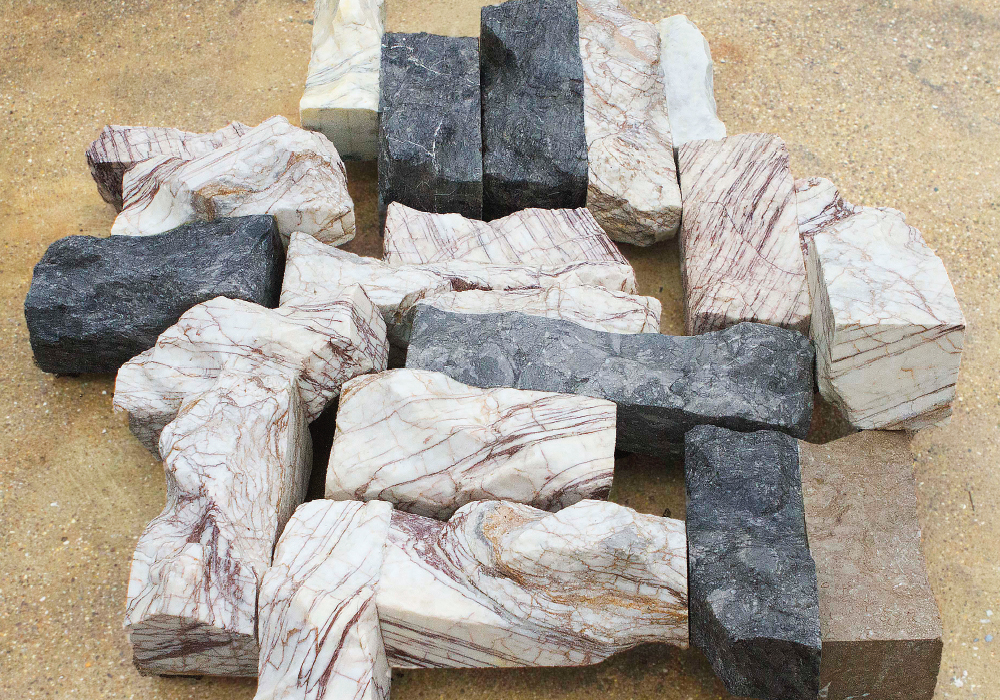 Pavia had a strong reverence for the work of the tightly knit Impressionists of the late 19th century. For Pavia, there was a majesty and sorcery in the Impressionists communion, a sense of “team” to fall back on but also from which the individual could differentiate himself.

“The Impressionists were close, almost as a tribe would be,” Pavia wrote. “They went on picnics every Sunday, met at the cafés regularly, joined together on vacations, and in the evenings loved to dance to accordion music with each other and others too. They depicted these get-togethers in their paintings—picnics, portraits of their wives and children. You can almost hear the music in some of their paintings…All this helped make giants.”

One of the “giants” whom Pavia revered was Claude Monet. His expansive and legendary “Water Lilies” had a profound effect on the sculptor. This connection can be seen in the geometry of Pavia’s “Lily Pond,” the centerpiece of the Pollock-Krasner House exhibit. Presented on the House’s grounds, never did hard stone look so soft and languid, never did such concrete objects become so abject. “Lily Pond,” while literally dry, hardly lacks water. In seeing the rock bed, we can feel the cool cascade that envelops them. A closer look at the rocks reveals the eons in their layers, their timeless, silent story; not unlike the plants, flowers and cascading willows at Giverny. 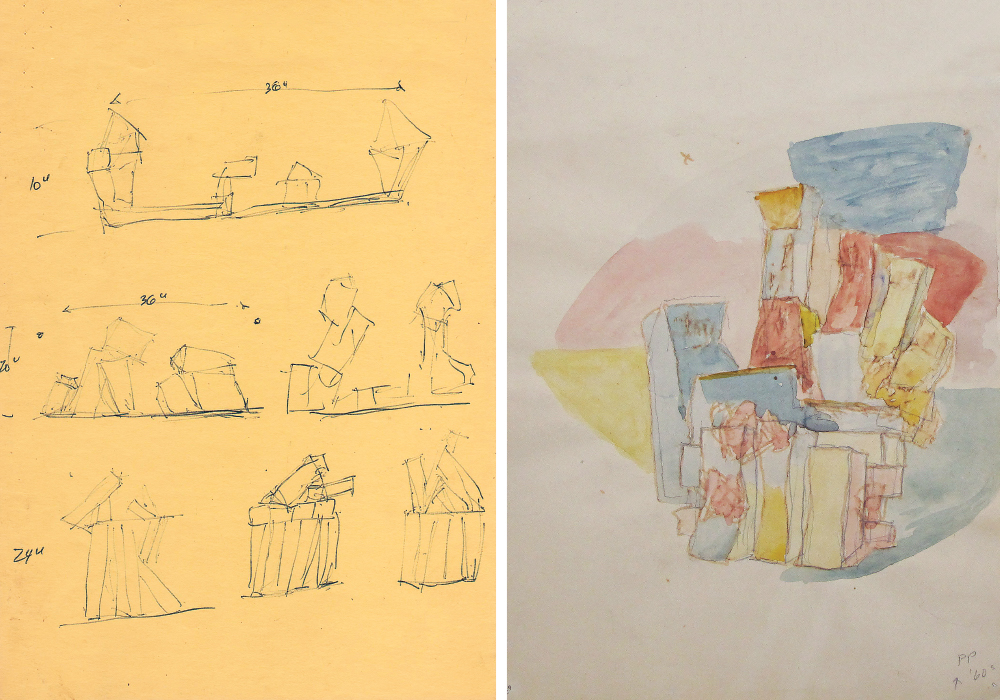 While the results may be a nod to Monet, Pavia’s contemporaries inspired his process. “‘Lily Pond’ was chosen as a major example of Pavia’s ‘scatter’ sculptures, in which he assembled various elements spontaneously, without preliminary drawings or plans,” Harrison said. “He once said that this improvisational approach was inspired by painters like Pollock, Kline and de Kooning, who also worked spontaneously. It reflects his deep sensitivity to the material and his exploitation of its formal and textural potential.”

Pavia’s drawings also give way to a softer sensibility that can be traced to the Impressionists. Many of the untitled drawings on display in the Pollock-Krasner house are shaded with delicate hues of pink, light blue and yellow. The breathy, gentle technique in the drawings does little to hint at the mammoth intensity of the blocks used to create notions of space and geometry.

Whether working on his own projects, organizing social events, swapping ideas with other artists or writing expansively about art history and the abstract expressionists’ place in that history, Pavia was a man of his community, a community that included the very place where his work is now displayed. “Our exhibition program focuses on artists of the New York School, especially those with ties to the East End,” Harrison said. “Moreover, [Pavia] was an old friend of Jackson’s, so there was a long personal, as well as professional, connection to Pollock and Krasner.” These connections the artist built through his career come to life in his work: Pavia’s stones are hard and solid. But it’s how the pieces are put together that elevates the whole and inspires the imagination to wander, and to wonder.