Market Art + Design celebrated its sixth opening night Thursday, July 7, turning the Bridgehampton Museum into a center for contemporary and modern art. The artworks, which span mediums from paintings to sculpture and mixed media, capture memories, impressions and moments that travel far beyond the naked eye. To uncover more about select pieces, I caught up with the exhibit’s artists and art directors at Thursday’s VIP Preview.

Related Content
6 in Art
High Weekends in the Hamptons 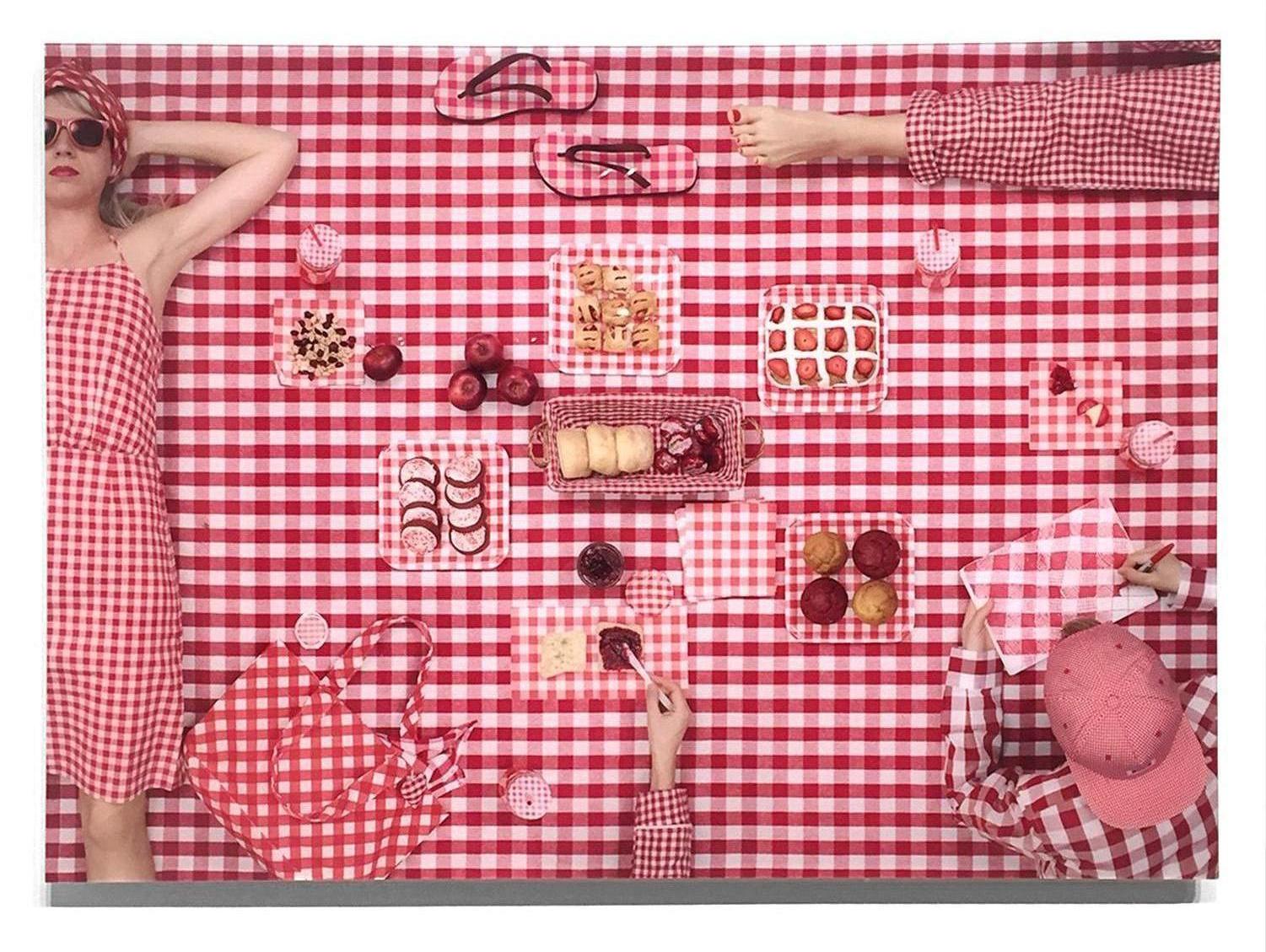 “In this series called Sign Language, Walter takes many different photographs and then compiles them digitally to create this composition,” said director of Winston Wachter Fine Art, Amanda Snyder. Walter depicts herself in this image through one body, one arm and one leg. She chose to focus less on the identity of the character because she feels that our technologies and possessions threaten to overtake us. Instead, the focal point is on the checkerboard pattern chosen to portray a picnic setting. It is all about highlighting the everyday and putting something that is not necessarily a large event into a higher art form. 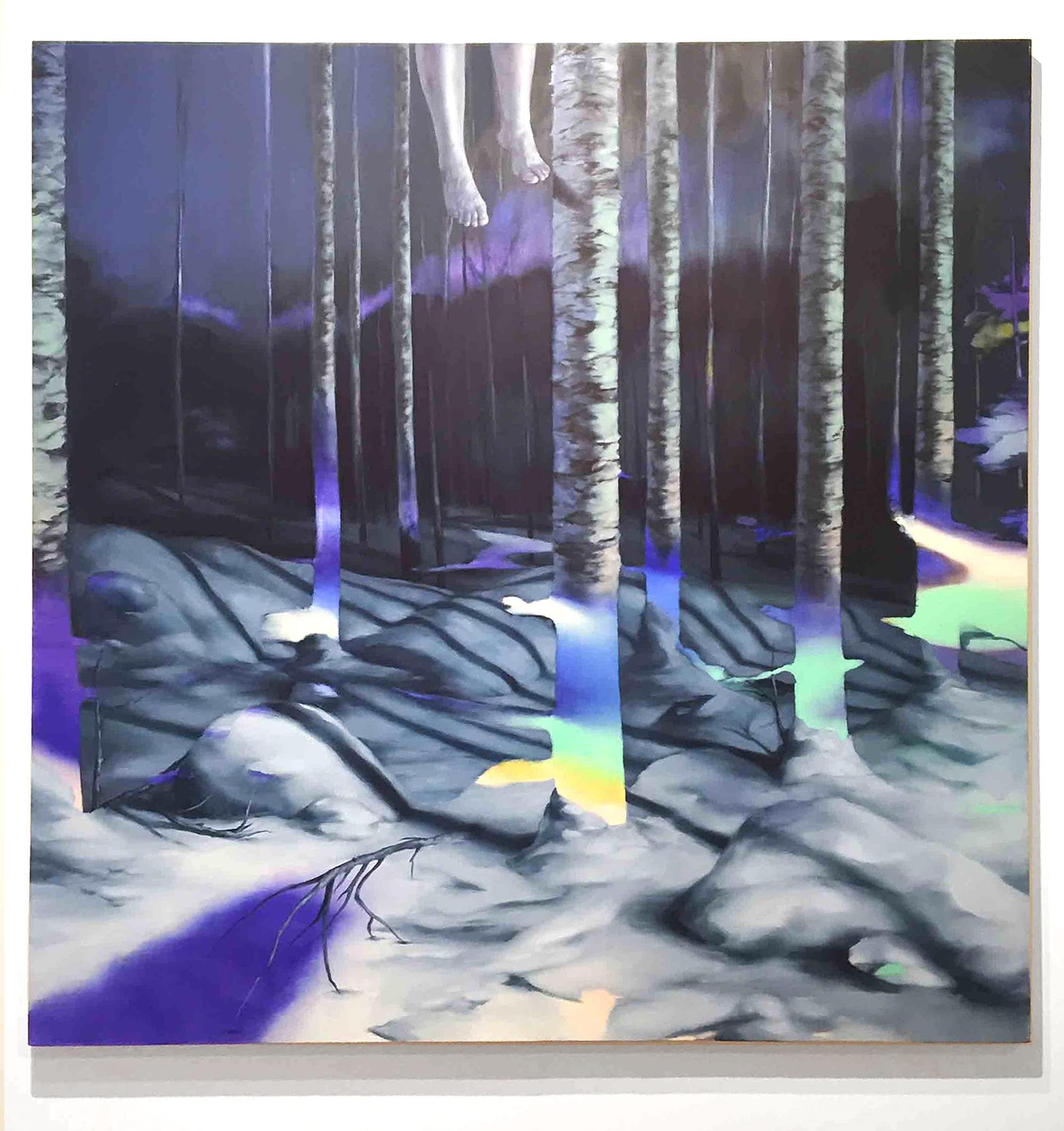 Slappey’s Forest has a southern gothic vibe with a mix of wild woodland life. She breeds ambiguous narratives that are usually dark and involve some type of body part. Slappey tends to keep it loose so viewers can fill in the blanks with their own thoughts and ideas. “She loves to use color and beautiful imagery to pull people in and then turn it on them, making things seem a little bit out of place,” said director Damien Roman of Damien A. Roman Fine Art. “It’s just her style.” 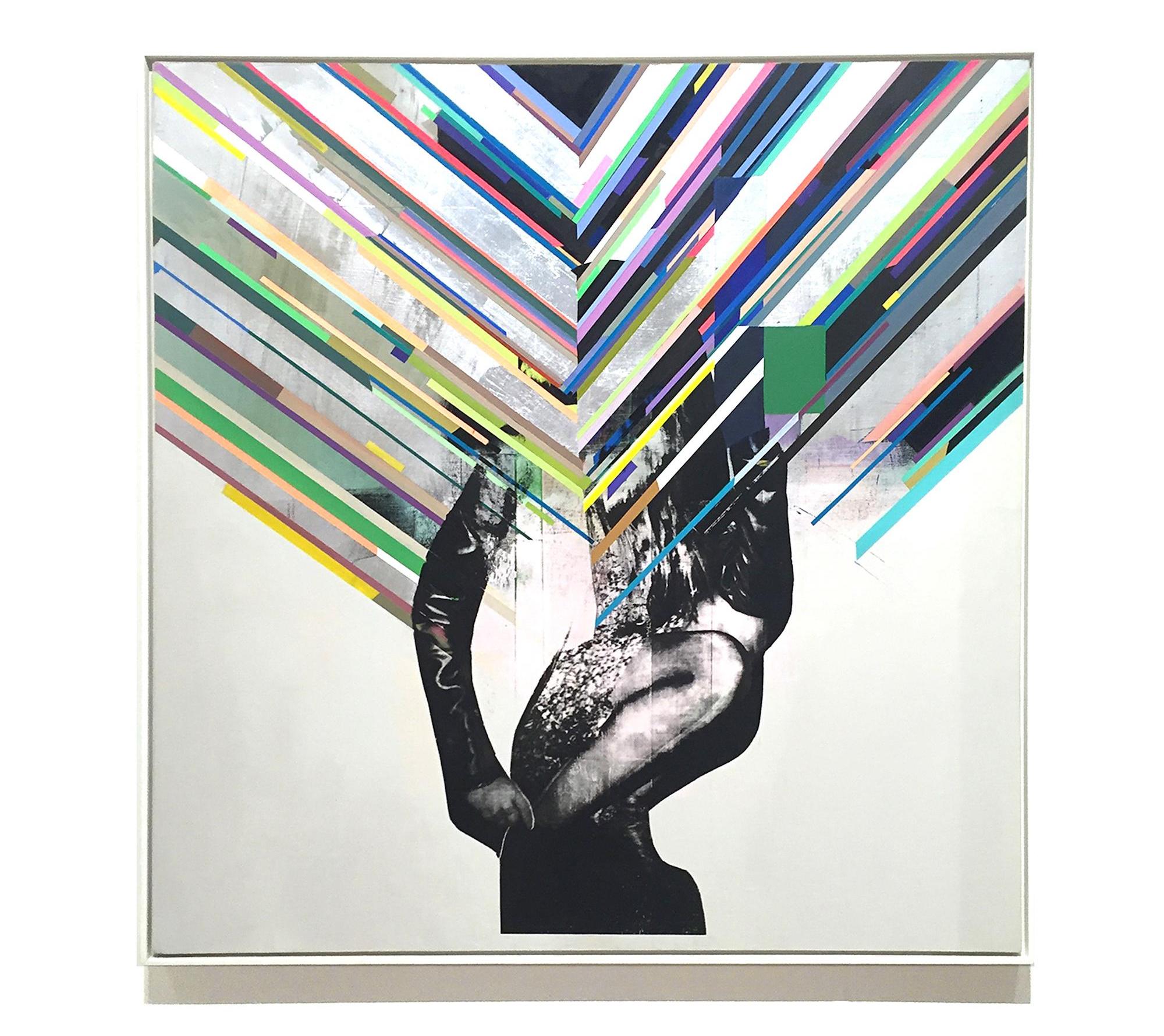 Named and designed after 80’s punk drummer and musician Melanie Malone, this artwork puts a contemporary spin on the disco era. Schiele chose to represent Malone in black and white for a cinematic vibe and painted expressions of colorful energy oozing out of her on silver leaf. “It is more than just a solid plain picture, it is a feeling and recollection of a place and a time,” said artist Kristen Schiele. She always admired this generation, “It is something I want to resonate with other people.” 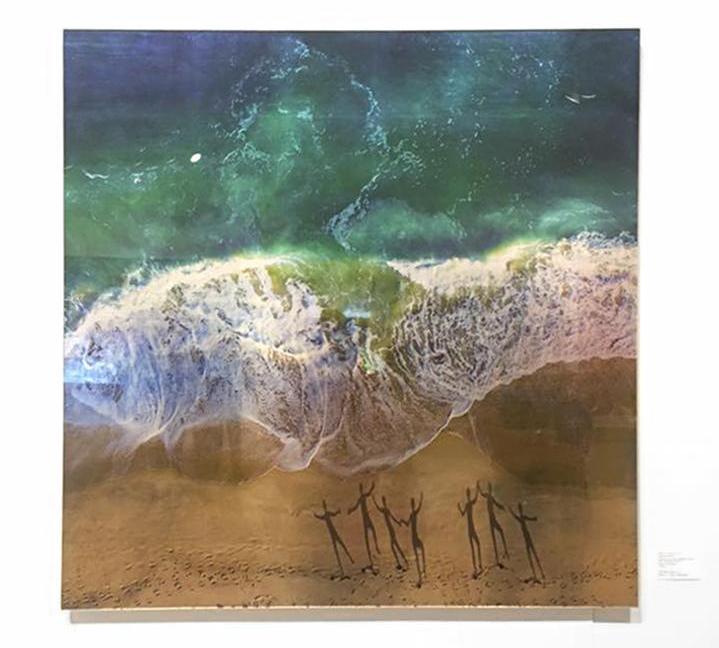 Inspired by the work of Henri Matisse (La Danse), Delamovr transports viewers to the iconic shores of Montauk through a group of friends dancing on the sand. Delamovr’s piece uses electric light to make it come alive. “It is all about those casual carefree days in Montauk,” said director Michele Mariaud of Michele Mariaud Gallery. The days we always wish to escape to. 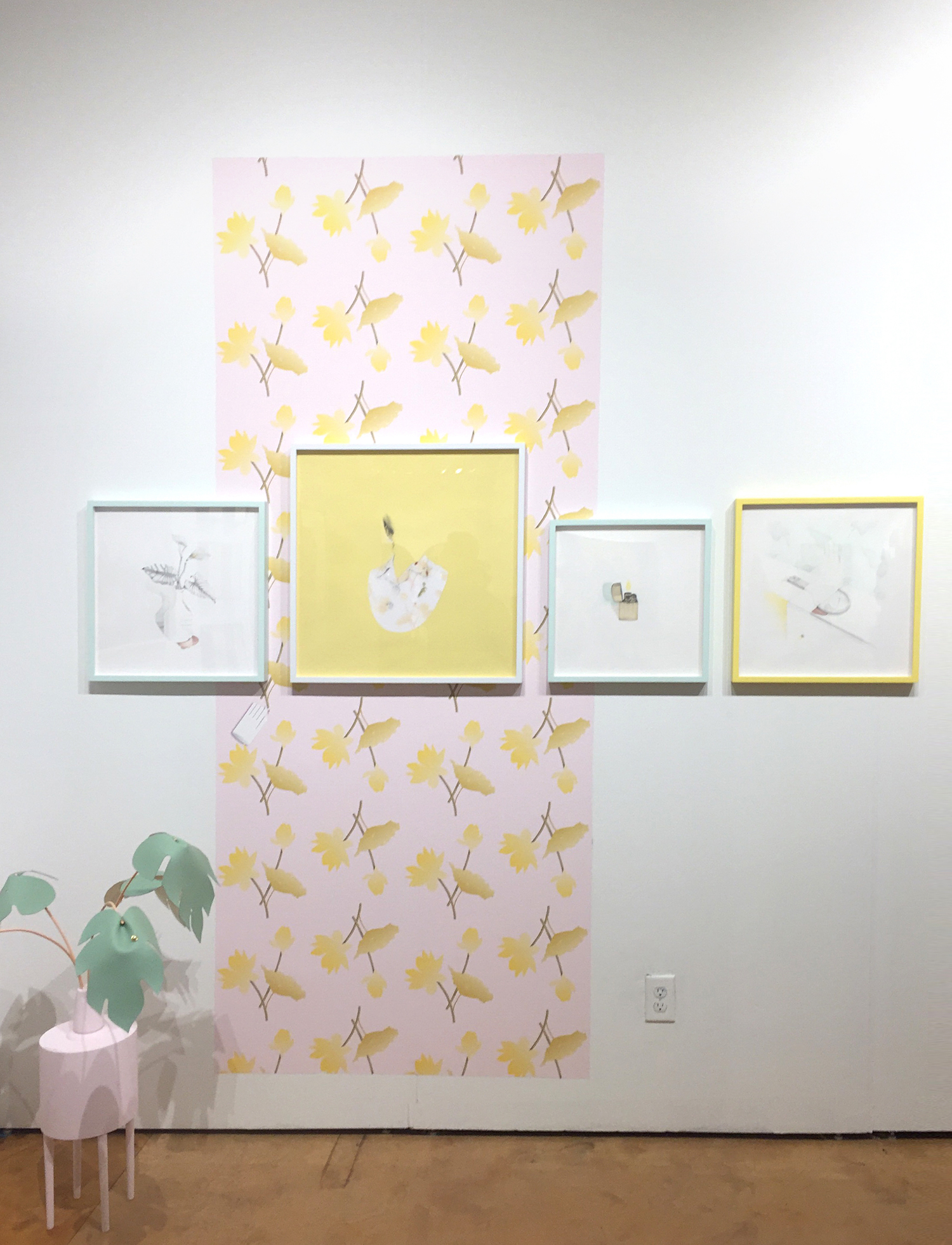 Graves based her pieces, which focus on life and death, on ghost stories shared by her grandmother. “Her grandmother recently had a heart attack and the family was talking about what to do with her belongings, and that is when it hit her, they are talking about her grandma like she is dead even though she isn’t,” said managing partner of Victori + Mo, Celine Mo. Graves, who has been interested in the intersection of science and religion from a young age, uses images of plants and bugs to show how we need each other to survive, but also in a way destroy one another.