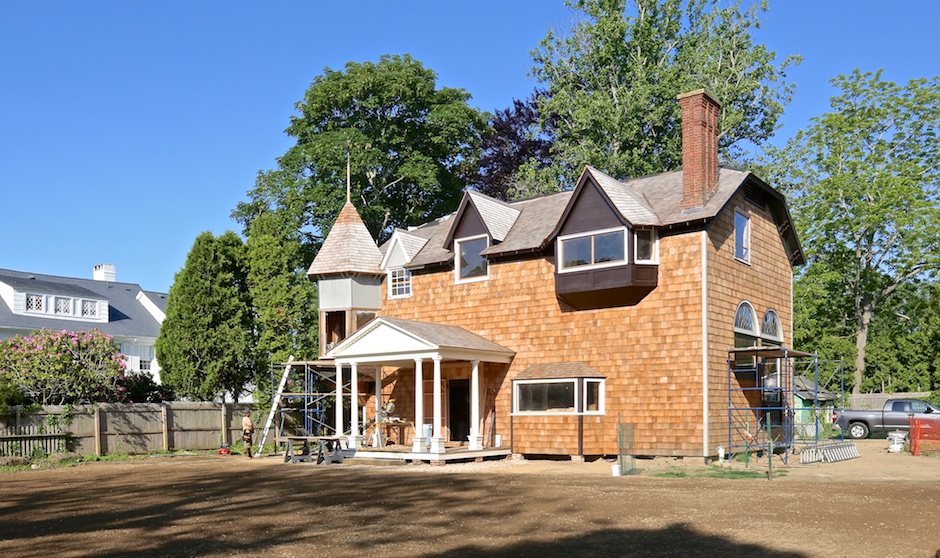 Painter and printmaker Thomas Moran was once asked to name the two most beautiful places in the world. He responded: “Yosemite and East Hampton.”

It’s been an inspiration for the Thomas Moran Trust, East End arts scene and local community over the last 10 years as they work to restore his Queen Anne-style studio cottage in East Hampton. The home, the first artist studio in East Hampton, fell into a state of disrepair in 2004 when owner Elizabeth Lamb died. Lamb gifted the home to Guild Hall, but the Hamptons cultural hub was in the middle of a multi-million dollar renovation of their theatre, putting the fate of the home up in the air.

“People were very worried that if the property were put up for sale the likelihood of the building being saved was nil,” said East Hampton Historical Society executive director Richard Barons. 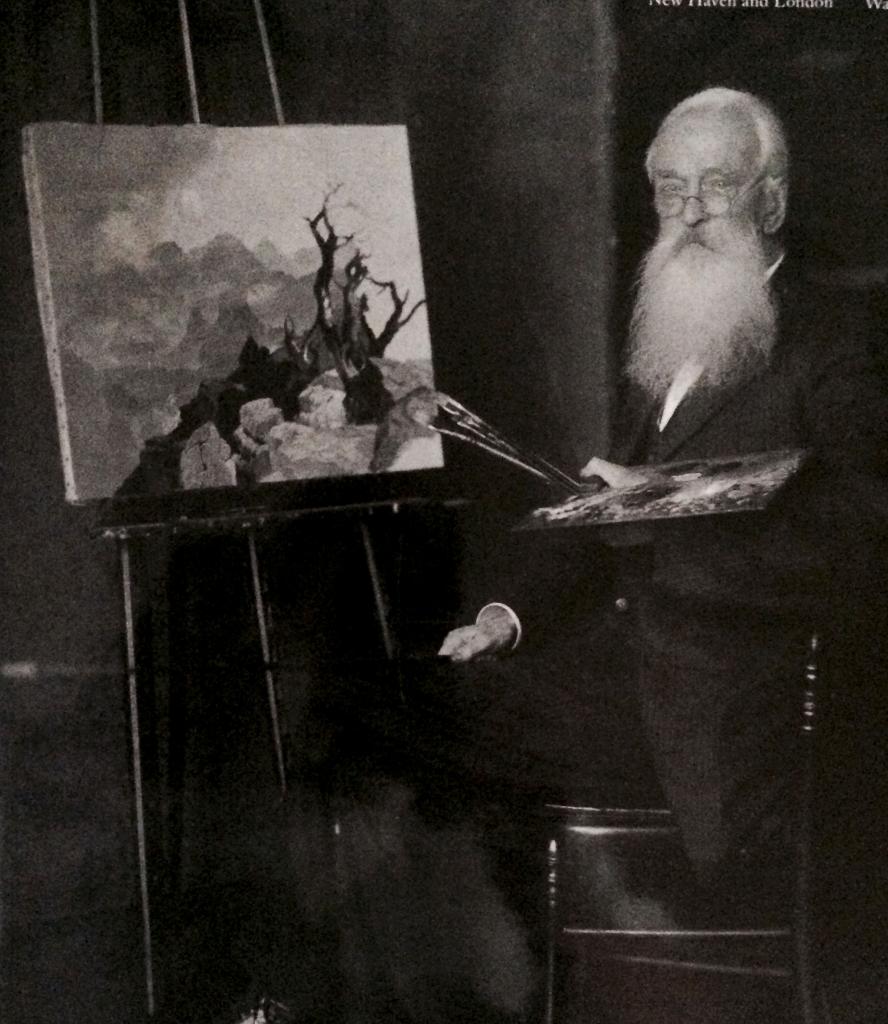 Thomas Moran at the Easel, circa 1915 image: courtesy of the east hampton library, long island collection

It would have been a shame to lose a home that’s so historic it was named a National Historic Landmark in 1965, 47 years before the Montauk Point Lighthouse; a home that’s served as the foundation for what the South Fork looks like today. Before celebrities traveled to the Hamptons to be seen, Thomas Moran came to the Hamptons because he was inspired by the unique quality of natural light. Other artists, like Jackson Pollock and Lee Krasner, later followed suit.

“What Moran means in many ways is that he is sort of the beginning of the whole concept of the East End being a haven for artists.” 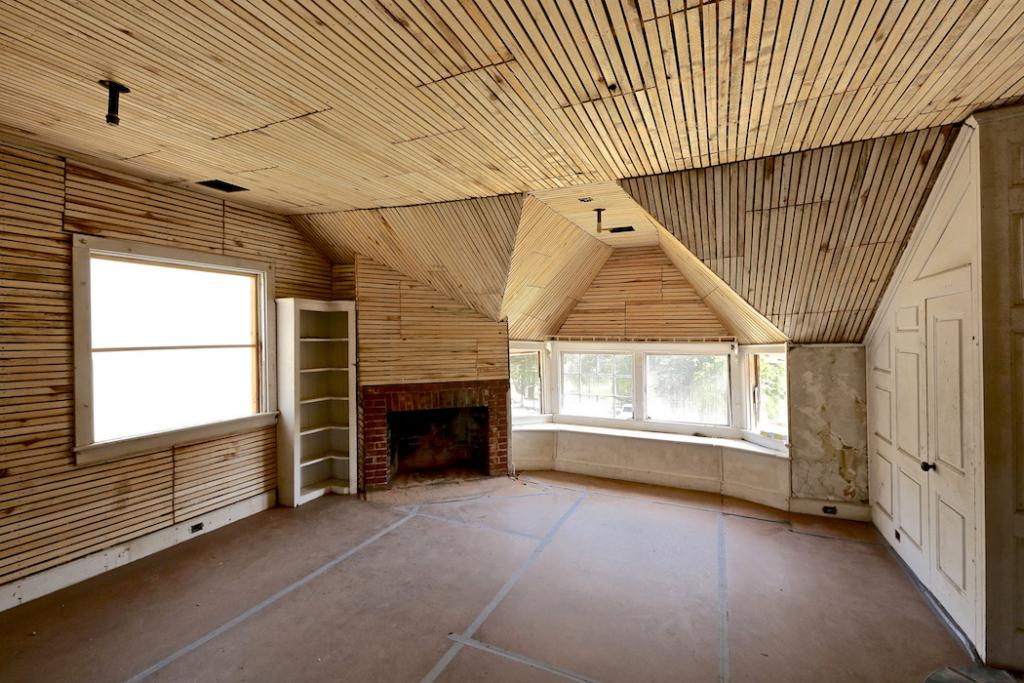 It wasn’t lost on a small group of committee members who formed the Thomas Moran Trust, a non-profit to raise money and spearhead restoration of the home, eight years ago. They raised about $3.5 million of the $5 million they thought they needed to restore the home, brought in architects and electricians who specialized in restoration projects and began planning to replace peeling shingles and strengthen the home’s structure.

Then Sandy hit and slightly knocked the home off its foundation.

“Sandy was the straw that broke the camel’s back…it was desperation.”

They had to move fast to raise the house, check the condition of the sills and assess rot. They pulled up floor boards to inspect the framing and inspect for insect damage and put additional 2×4 studs into the roof to hold it up. 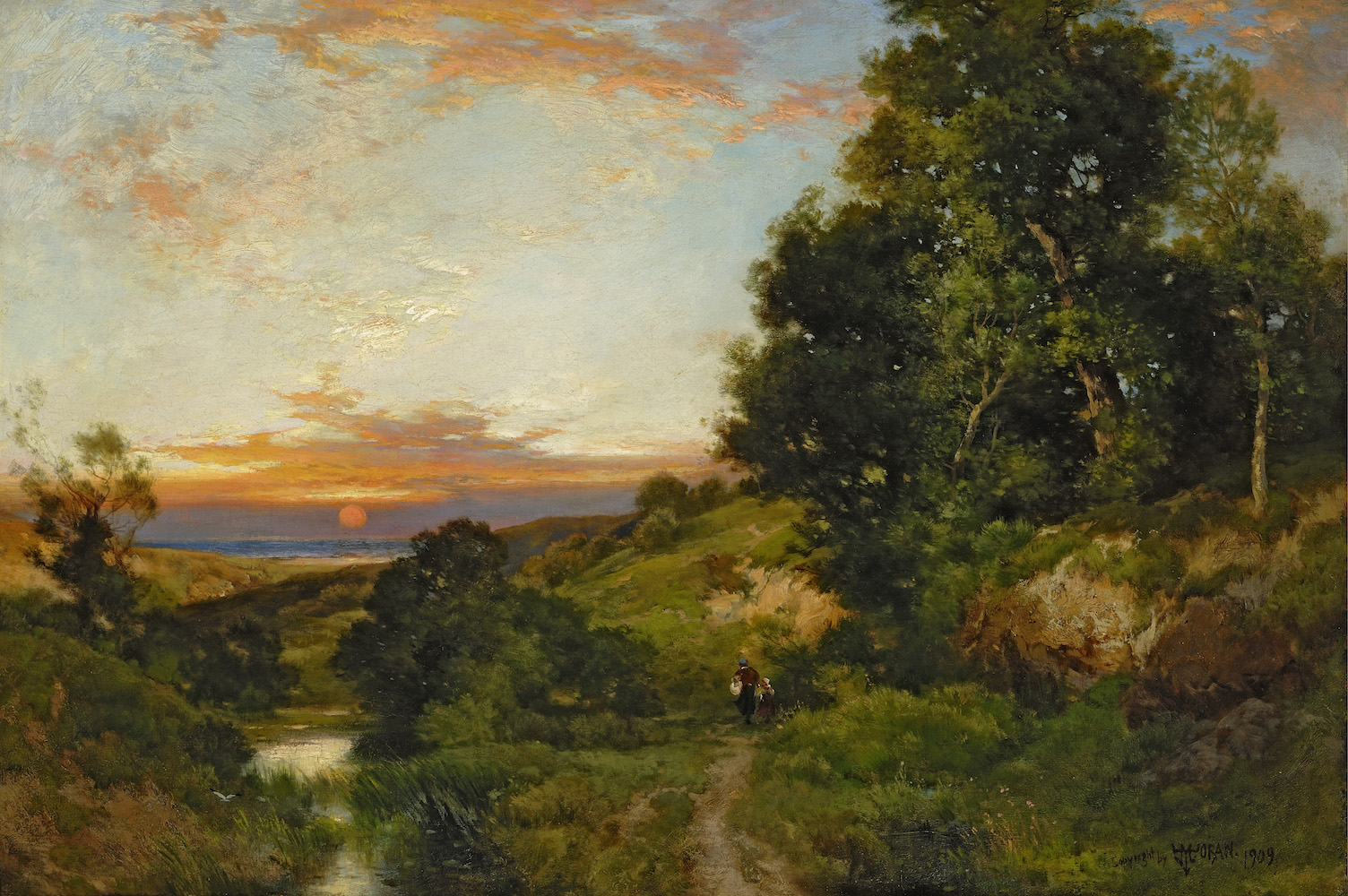 After all that, Barron believes they are about a year away from being finished. Events like the Thomas Moran Trust Midsummer Cocktail Party, to be held Friday, July 29, will help them raise the additional $1.4 million needed to fully restore the home. The trust plans to furnish and hang paintings and etchings done by Moran and his wife, Mary, exactly how the couple arranged them in their heyday. There will be smaller galleries dedicated to contemporary artists who use etch-and-paint techniques and other works that show that, other than the property values, East Hampton’s Main Street has stayed very much the same since Moran called it home.

“To me that’s what’s remarkable because I think most of us have this feeling that everything has changed. When you go to the ocean and you look out at the ocean, it’s the ocean. It’s not changed.”

And, it appears, neither will the Moran studio’s place at 229 Main Street.