East End restaurants are pretty on the inside, sure, but when it comes to summer dining it’s often what’s on the outside that counts the most. Living on an Island means having the privilege of indulging in waterfront views as outstanding as the local bounty, making the choice to sit indoors or outdoors a no-brainer. Whether you’re looking to see the water glisten in the sunlight or treat yourself to a four-course meal complete with a sunset, navigate the roads and waters to six Long Island waterfront dining destinations. 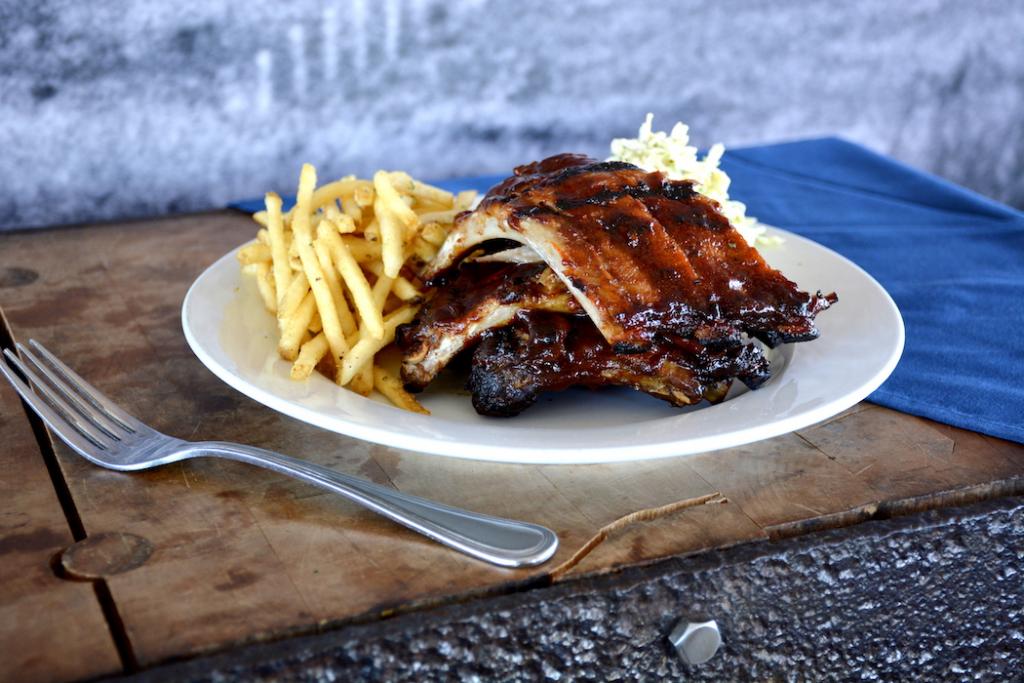 David Hersh likes to say you can go to CowFish multiple times and still not see the whole thing. He’s right. There’s a two-story deck, a patio, a lounge, a lawn with Adirondack chairs and a pirate ship for kids and indoor dining rooms. Each space has one thing in common: gorgeous panoramic views of the Shinnecock Canal and a menu that includes the iron skillet cookie. The chocolate chip cookie, served in a large skillet with a scoop if ice cream, is just as gooey in any of the seating areas. Go. 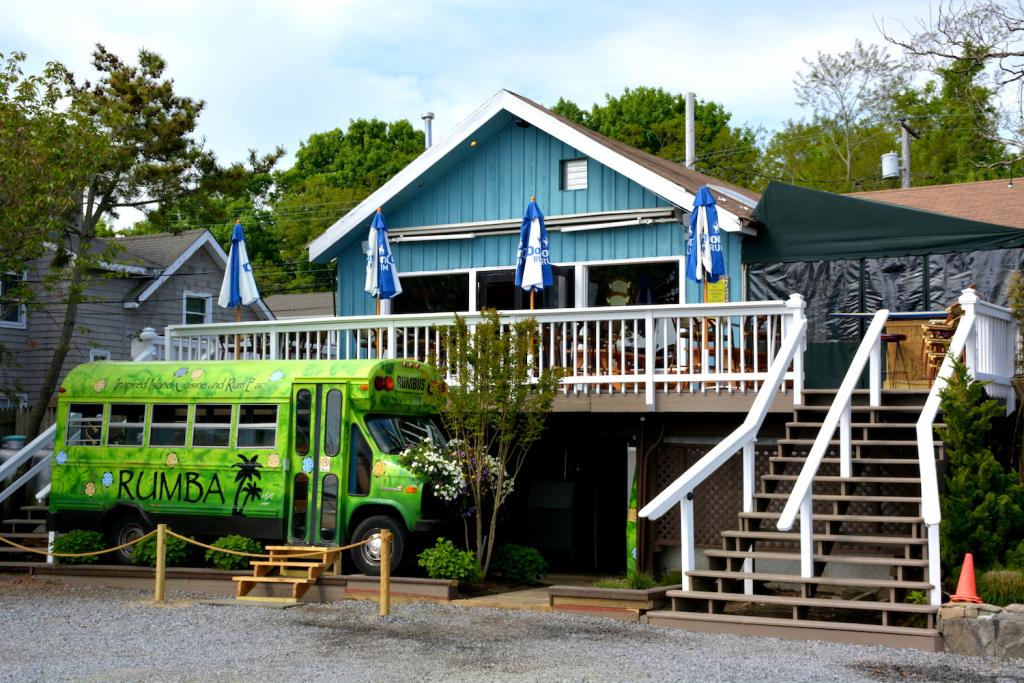 No trip to CowFish is complete without a trip on the RumBarge, a small pontoon shuttle boat, to sister restaurant Rumba. Consider the fruity cocktails a perfect aperitif or digestif and the island inspired cuisine like the calypso steak tacos a shame-free fourth meal. Go.

There are mainstays, and then there are 145-year-institutions like Claudio’s. It’s the oldest same-name family restaurant in the country and houses three laid-back harbor front restaurants, a snack bar, two souvenir shops and thousands of guests each year who know it’s not summer unless you spend a day on the dock. Go. 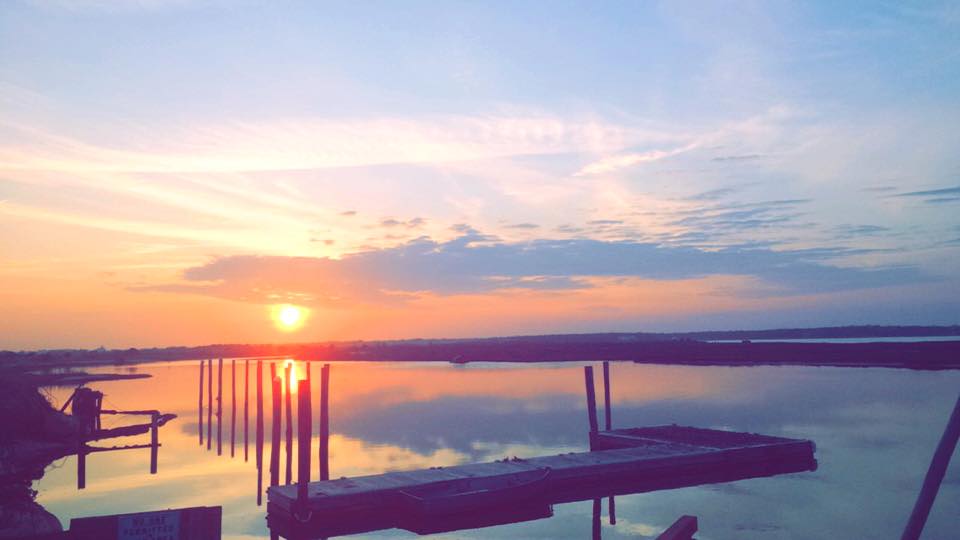 Dinner with a view is an understatement. image: facebook.com/dockers.waterside

Sorry, fireworks, but nothing racks up the oohs, ahhhs and Instagram likes like a summer sunset over the water. Docker’s Waterside is a card-carrying #sunsetlover, so much so that the eatery that serves to-die-for butter-poached lobsters posts a “countdown to sunset” on its website each day. Go. 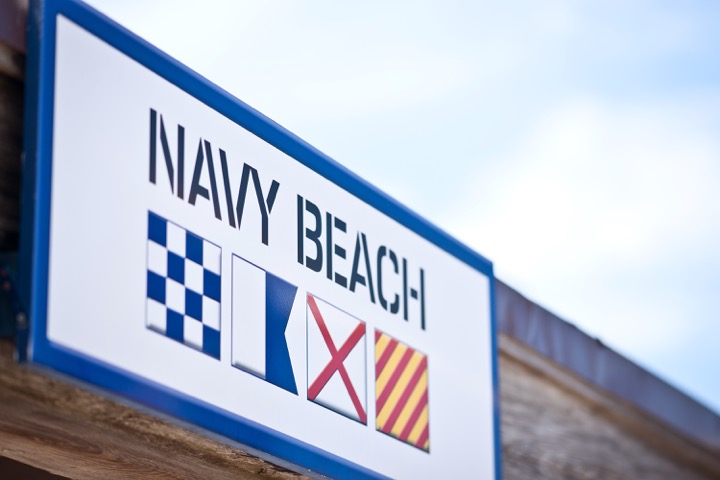 Forget the flip flops. On summer days, feet were meant to be in the sand. Like Montauk at its best, Navy Beach is chill and offers spectacular views of Block Island. Take a seat at a white picnic table in the sand and be sure to try the new fire roasted sea scallops with chorizo, dates, double smoked bacon and spiced piquillo tomato sauce. Yes, that was your stomach growling. Go. 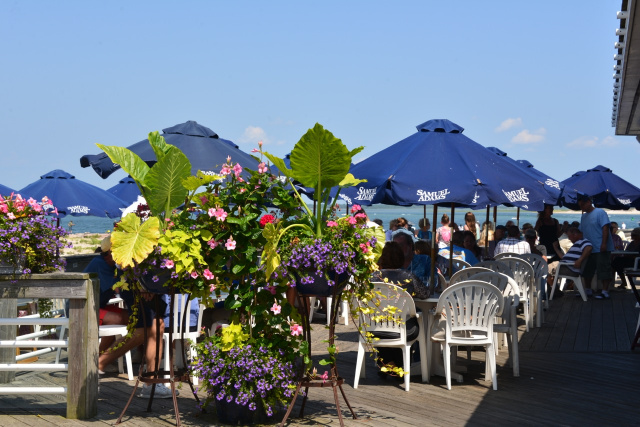 Sunset and water views draw big crowds to this Shinnecock Bay gem each day. If you dare to duck out of work early one Monday or Tuesday this summer, join in Oakland’s famous Lobster Bash. The lobster, which weighs more than a pound, choice of soup or salad, mussels, shrimp and corn on the cob will leave you so satisfied you won’t feel one pang of guilt when your boss asks you where you went. Go.