Thousands will pack venues like Manchester’s Great Stage Park and Patchogue’s Shorefront Park this summer for music festivals. They’ll be of different classes, races and religions. But one thing will unite them: the lyrics. The cultural impact of music festivals has played out in each generation, from ancient Greece to Woodstock to Great South Bay. Now it’s playing out at The Long Island Museum in Common Ground: The Music Festival Experience.

Done in conjunction with the Rock and Roll Hall of Fame and Museum, the exhibit features live footage from Woodstock, Newport Jazz Festival, Lollapalooza and others. The focus is not on the evolution of music festivals or how in some ways they’ve turned from a celebration of counterculture to a more mainstream part of summer, but how they continue to unite us even in times of great divide.

“We are just part of a small group and we want to see how we are related to a big group of people that have the same interests, loves and passions as we do,” said director of collections and interpretation, Joshua Ruff. 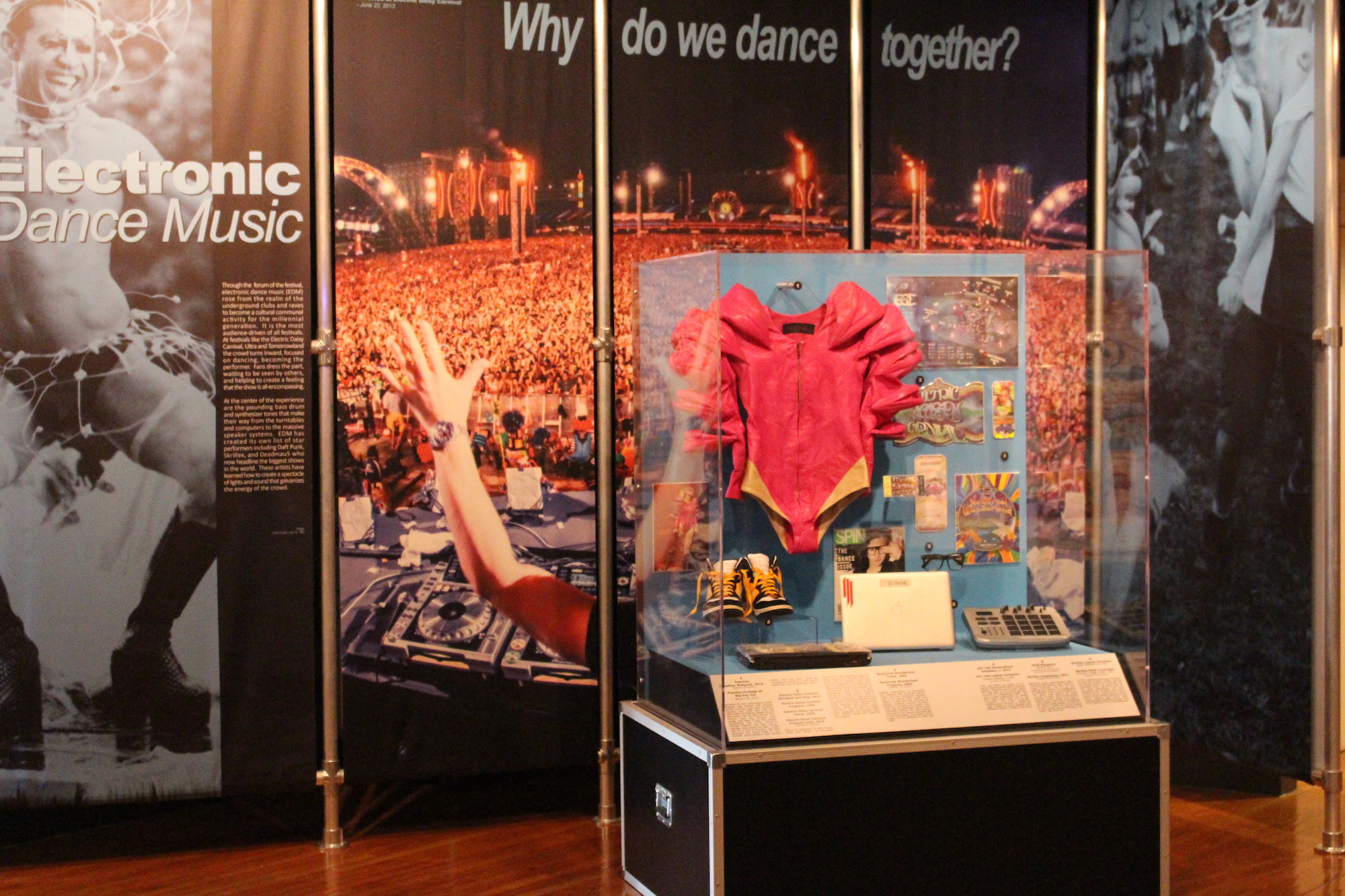 Visitors will see how festivals became shared communities, perhaps never more evident than when a few hundred thousand people showed up at a dairy farm in upstate New York in 1969. People gathered for Woodstock for three days of peace and music with emotions still raw from the height of the Vietnam War. Those who stayed for the final set heard the iconic rendition of Jimi Hendrix’s “Star Spangled Banner,” which emphasized the counter cultural feelings of an audience reeling from a decade of war and Civil Rights protests. The strap he used during that performance is on display along with Muddy Water’s acoustic guitar, John Mellencamp’s corduroy jacket, Chris Martin from Coldplay’s guitar and Peaches pink leather body suit from Electronic Dance Carnivals.

“It is important to include artifacts from the different generations so people can see that things have both changed, but yet at the same time there is a story there that continues.” 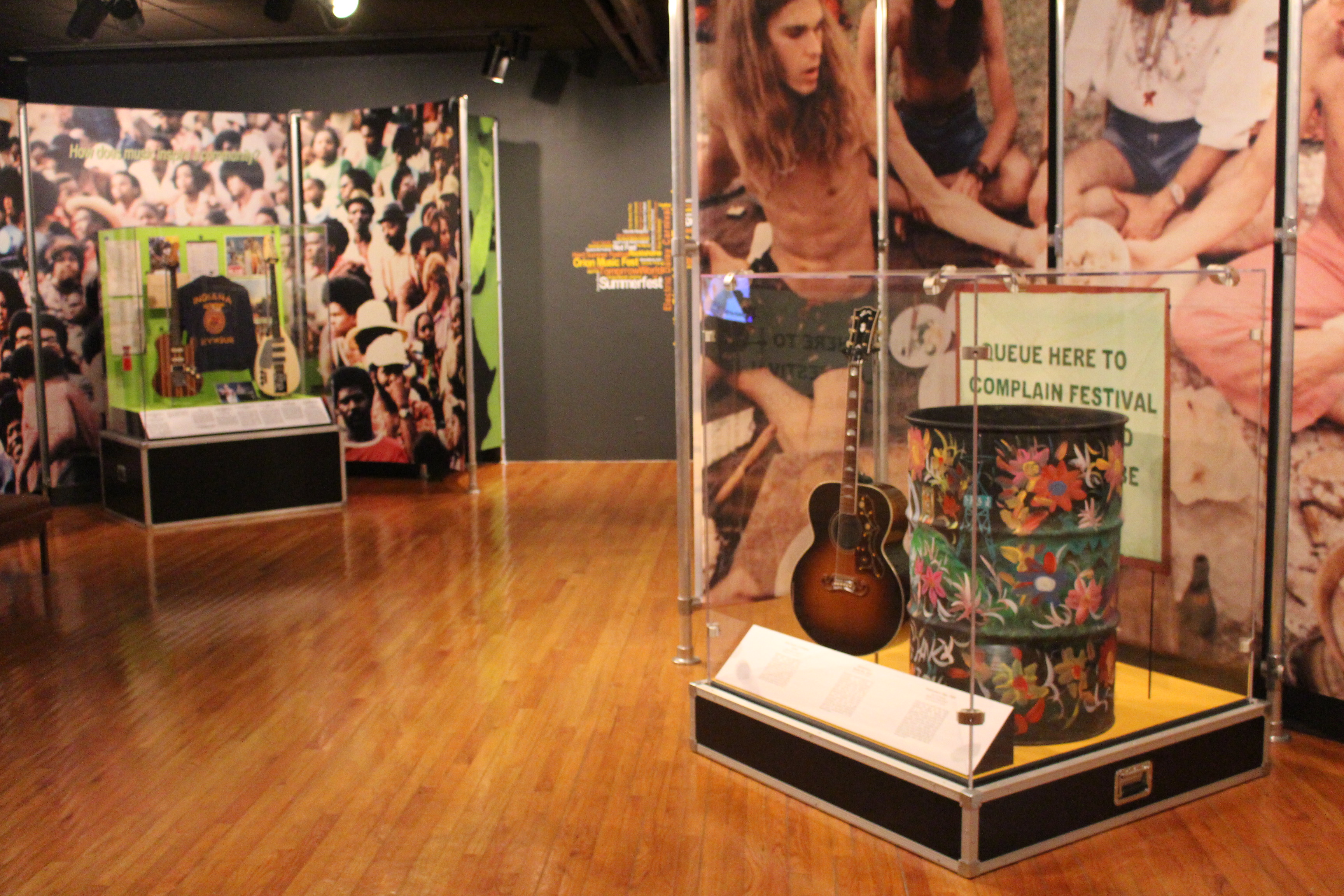 Watch that story play out in a 20-minute video that loops on the wall of a makeshift movie theatre towards the back of the gallery.

“There are clips that feature bands such as Green Day, Nirvana, U2, Queen, Florence and the Machine and many more. It’s just a wide spectrum of great energy and live music, gathered from different festivals over the past four decades.”

It’s a part of the exhibit that is bridging gaps in its own way, allowing people to pay tribute to the artists and venues that have left a lasting impression.

“People from all different classes can listen to the music and see how the events that they go to now have a connection with what dad went to.”