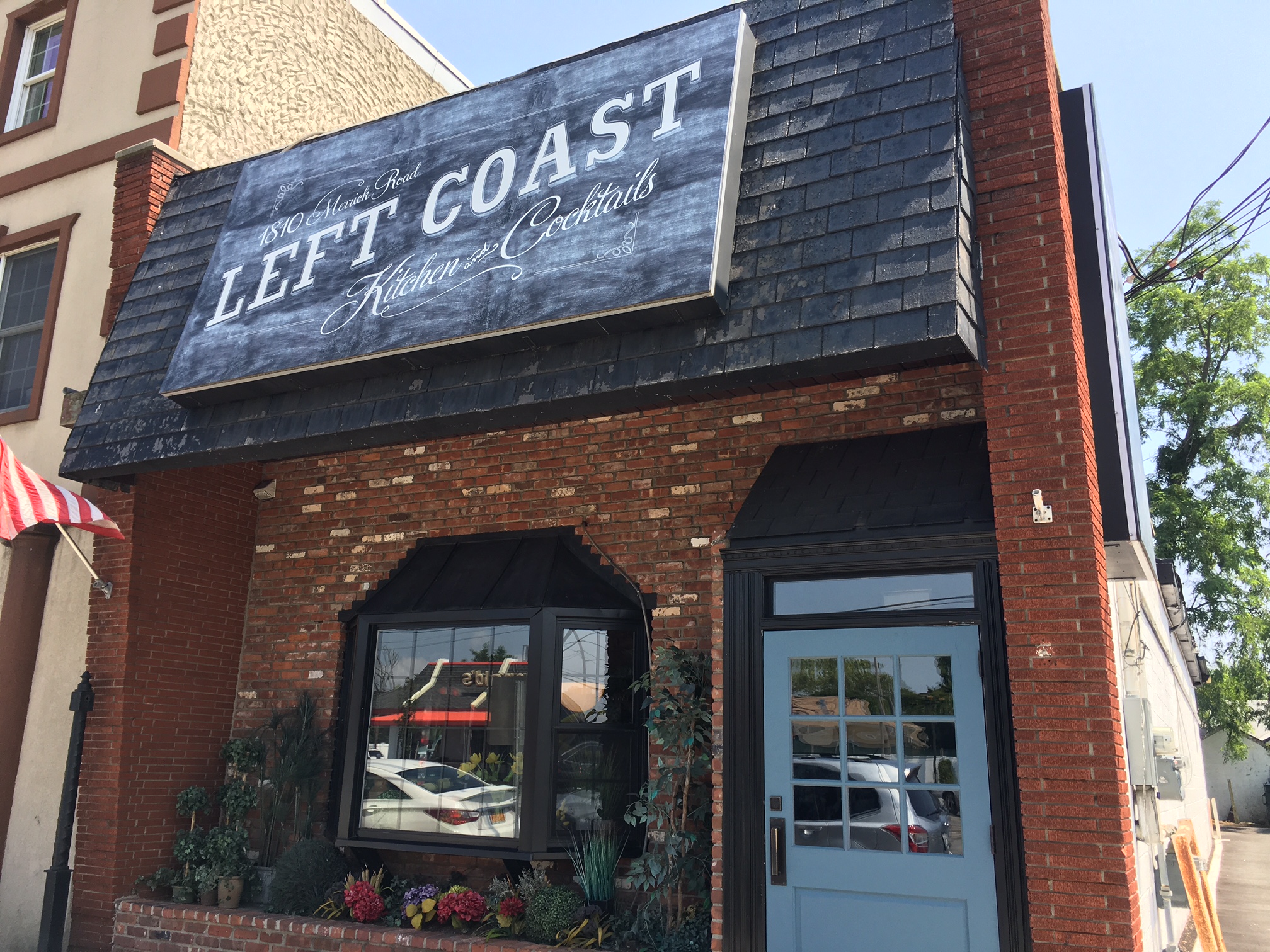 Left Coast Kitchen & Cocktails will be representing the west coast at this year’s Great Burger Battle, and the Cali crew is ready to throw down. Before San Francisco native chef Chris Randell starts pumping out the patties, he spoke with me about the burgers, icy beverages and what being in the restaurant industry is all about.

Since it’s your first Burger Battle, is there anything that makes you nervous about the upcoming event?
Losing votes for lack of wow factor. We are a full service restaurant and our burger has a unique visual appearance, so I hope everyone is open to our idea. It is more of a burger sandwich and might look a little different than some of the other competitors. As far as winning, losing or production, that doesn’t make me nervous. I just hope people understand our burger.

What makes your burger better than all the others?
Two things. One is the onion roll that we use. The other is the slaw that we put on the burger…anytime there is a sandwich I am in charge of, it will come with a version of coleslaw.

How many burgers do you sell on a typical night?
Probably 80. We usually sell the most on Thursdays and Sundays because that is when regulars tend to come out. People who go out on Friday and Saturday are usually looking to get…scallops and steaks.

You’ll be making thousands in Shorefront Park Aug 14. Have you ever made that many burgers before?
Honestly, not at once. I haven’t done anything like this before. Should be fun though!

Do you remember eating your first burger?
I don’t know if it was my first, but my dad used to take me to The Talbert and I was the only kid in there. After baseball games I would be sitting there in my uniform and my dad said something to me that always stuck. He said, “You should always judge a burger by the amount of napkins you use to eat it.”

Was watching your dad grill an inspiration for you to become a chef?
You know, I don’t really have one of those romantic stories about falling into being a chef. It was definitely in the back of my mind, but it started with the need to move on in my life. All my friends went off to university, but we didn’t really have the money for that so my dad suggested I learn a trade. Literally a week after he said that, an opportunity came up to work under a chef and I didn’t even realize that was what I wanted to do at the time. I went and worked for him and it just totally fit. I fell in love with the lawlessness. It’s one of the few industries that is super lawless, but at the same time distinctively regimented.

Are there any differences between east coast and west coast burgers?
Oh, certainly, certainly. Carl’s Jr. [and] In & Out will always put a mayo or some type of aioli-based secret sauce on their burgers. I remember when I first moved to New York I would always have to order mayo on the bun or I would get a look for asking. It also seemed like New York burgers were greasier and heavier. California ones have more vegetables.

When you go and sit down to eat a burger, what do you like to drink?
An ice cold lager or I love Dr. Pepper with the little circular ice cubes that have the holes in the middle. That’s the way to go.

That sounds very particular.
Someday I’m going to open a place that has a soda bar and specific ice cubes for each soda. I love the square ones with cola. I like the cylinder ones with root beer or Dr. Pepper and I like the little crushed pellet ones with an Orange Crush or Sprite or something like that. They all have their own purpose.

Does Left Coast Kitchen deserve to be crowned Great Burger Battle champion? Taste for yourself Aug 14.