Formed in Brooklyn in 2014, Dreamers play a danceable mix of 70s rock meets power pop. The philosophical vocalist/guitarist Nick Wold became a prolific writer after ending a relationship and moving into his windowless practice space in Brooklyn. The trio, including bassist Nelson and drummer Jacob Wick, have since signed a deal with Fairfax Recordings and relocated to Los Angeles to record their debut full-length, This Album Does Not Exist.

While the song, “Drugs” is about society’s addiction to technology, “Sweet Disaster” is simply about losing it all in a “river of champagne.” The alt-rockers return to New York on Saturday, July 23 to play the Summer Concert Series at the Surf Lodge in Montauk at 7pm. Wold discussed the band’s influences, living in a musical prison and creating positivity in the world.

Who are you musical influences?
A lot of our shared influences are great rock bands from the last 50 years: The Beatles, Bowie, Iggy and the Stooges, Hendrix, Joy Division, The Smiths, Talking Heads, Nirvana, Soundgarden, the Strokes.

Were you homeless when you began writing the songs?
I was willfully homeless living in my tiny practice studio in Brooklyn for almost 2 years. It was a little rough-around-the-edges (cinder block room without windows or a bathroom) but actually helped immerse me in writing. For the first time, I was able to bartend only one day a week and live that goal of writing day in, day out. It was like being in a self-imposed musical prison that I had to write my way out of.

Why did you call the band Dreamers?
To us, rock and roll is for fun, but it’s also deeply about philosophy of life. How should I be? What does it mean to be a human or a conscious being in the universe? We think of artists as the people who dream and imagine, who think about the things that most people don’t.

What inspired the songs on your full-length?
The songs on this album are all inspired by small and simple moments in life last summer. Sometimes little things and true moments end up being the most deep: love, life, drugs, dreams, people. Mostly though, it’s just a fun album to us—a sad person’s happy moment. 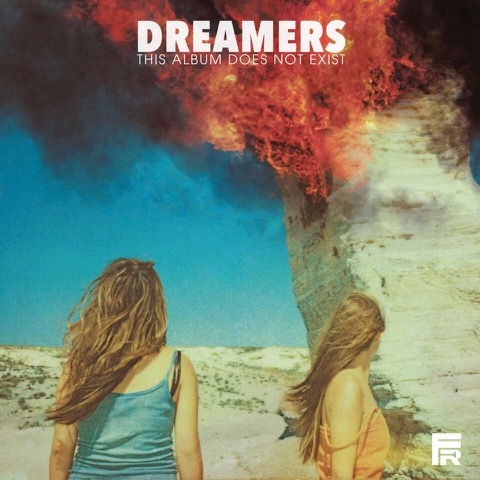 Why is the record named This Album Does Not Exist?
Everything that we think of as ‘existing’ is really a construct in our minds. We create our whole image of the world within ourselves. Though there may be an objective reality, we only imagine it, get limited information about it using imperfect senses and see it through that personal lens. The title plays off that idea and, to us, points out that things don’t usually exist the way we assume they do.

How do you describe your sound aside from cosmic rock or pop?
It’s definitely rooted in rock from the 60s and 70s when psychedelia was emerging, but I’m not sure if we’d call ourselves psych rock. We love rock and roll from each decade, 60s through the 2000s, and pull from it all.

Who would you most like to tour with and why?
We’d most like to tour with our friends who are in great bands like NYC-based Mainland. Touring can be hard and being with good people who make great music makes all the difference. We travel and play to make the most out of life and create some positivity in the world.