Bay Shore will have a new hometown superhero come August–Kevin Dempsey is a comic book author focusing on the Grand Opening of his new retail store, Lost Planet Comics and Collectibles on Main Street.

“Aside from the really great feel of Main Street, there isn’t another comic book store around. The closest one is 25 minutes away and I wanted people to have easier access to them,” said Dempsey.

Growing up, the Bay Shore native was comic-crazed, reading anything he could get his hands on. Age didn’t push him to put his comic books in a box to collect dust–he started working at a comic book store in Bethpage and when it closed, a family member suggested he turn his passion into entrepreneurism.

And there’s already buzz around town about the new biz.

Bay Shore residents first noticed the store during the annual Arts Festival by the Bay in June, where families walked up and down Main Street and stopped to acknowledge the storefront. Dempsey had covered the windows in brightly colored, life-sized images of popular superheroes like Wonder Woman, Superman, Captain America, Black Widow and more. 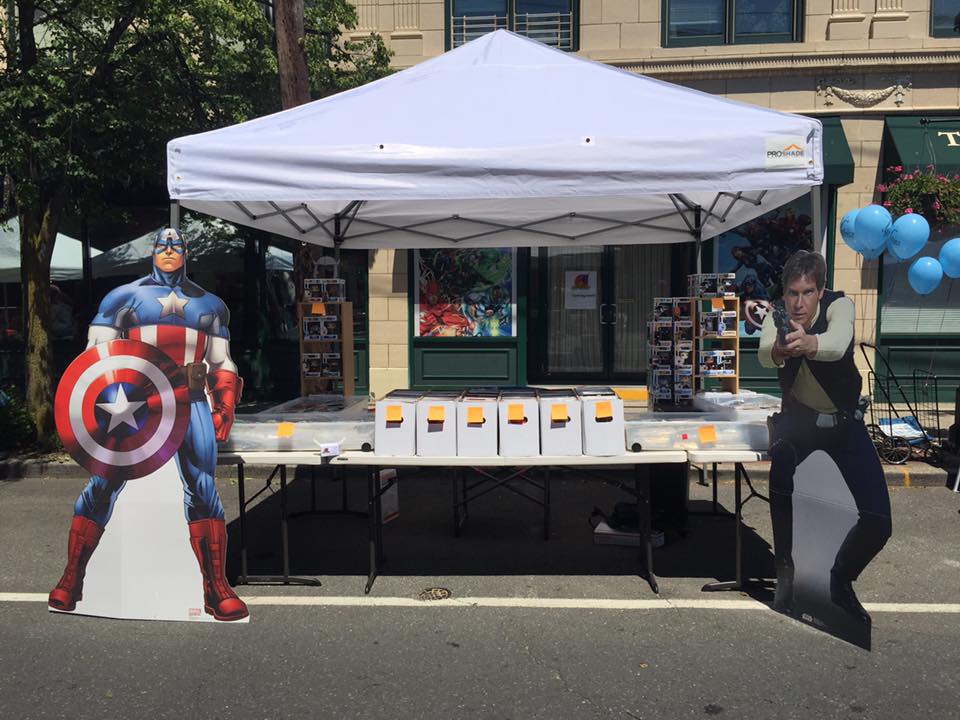 The eye-catching storefront prompted fans of all ages to pour in requests for specific items on the store’s Facebook page, like mystery mini blind boxes and Double Take comics.

In addition to comics, Dempsey will sell trade backs, graphic novels, trading cards, and pop and action figures. Dempsey will also be selling The Walking Dead products, G-rated comics for younger customers and will host board games, manga, magic and Yu-Gi-Oh! tournaments.

“I find that comics are a continuation of the things I loved when I was younger, but are told in a format that is much better suited for someone my age.”

Relatable characters, creative plot lines and detailed artwork, comics are able to take you places that traditional fiction may not be able to, and translates to people of all ages. He compared his love for comic books to a Pixar film.

“It’s got heart, emotion, story and character. Even though you’re an adult, you still find tremendous enjoyment in it. And if you only look at it as something for kids to see, then you’re missing the whole point.”